The COVID-19 pandemic has disrupted economies, business, schools, and lives around the globe. IPR researchers are conducting national surveys to better understand how American attitudes and behaviors are evolving in relation to the pandemic. 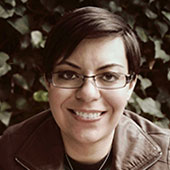 IPR sociologist Beth Redbird launched a survey in March to ask U.S. participants about how they are experiencing life under coronavirus. The survey contains 125 social and behavioral questions, covering a wide variety of topics, including health and stress, household and institution responses, and social and community engagement.

IPR political scientist James Druckman's research focuses on political preference formation and communication. He is one of the principal researchers involved in conducting an ongoing survey and analyzing weekly data on "the state of the nation" as part of a consortium of four universities—Northwestern, Harvard, Northeastern, and Rutgers.

The Economy and Pandemic Are Improving, Mental Health Is Not

Despite the optimism around the pandemic’s progress, a national survey conducted by IPR political scientist James Druckman finds that depression and other mental health issues have not improved since the winter. Over a fourth (28%) meet moderate levels of depression that would result in evaluation and treatment. While the numbers have slightly decreased from 30% in December 2020, depression rates are three times the levels before the pandemic.

As more Americans receive the COVID-19 vaccine and communities begin re-opening, many remain divided about whether proof of vaccination, or “vaccine passports,” should be required to shop in person or travel. A new national survey by IPR political scientist James Druckman and his colleagues finds only 27% of respondents on average support vaccine passports, while 50% oppose them.

Support for School Vaccination Requirements Rises from 54% to 58%, But Some Resistance Remains

Between April 1 and May 3, IPR political scientist James Druckman and his colleagues surveyed 21,733 individuals across the country about their attitudes on childhood vaccinations. The results indicate cities and Democratic-leaning states will be more likely to implement vaccination requirements: 76% of Democrats support them versus only 38% of Republicans and those in cities (66%) are more likely to be in favor of them than those in suburban (56%) and rural areas (49%).

On April 13, the FDA and CDC recommended pausing the use of the Johnson and Johnson (J&J) COVID-19 vaccine. A new survey by a consortium of four universities, which includes IPR political scientist James Druckman, suggests the pause did not have negative effects on vaccination attitudes. Nearly 74% of respondents were aware of the pause, but vaccine hesitancy and resistance did not increase after the pause. However, respondents did show a vaccine preference after the pause. People preferred Pfizer over Moderna and they preferred Moderna over J&J.

Since January, more U.S. healthcare workers have said they are ready to get vaccinated, with rates of vaccine hesitancy dropping from 37% to 29%, according to a new survey from a research consortium that includes IPR political scientist James Druckman. The same survey finds a similar drop in the hesitancy rate for workers outside of healthcare, falling from 41% to 31%. The survey also shows the rate of vaccination has doubled among healthcare workers, and those with a graduate degree have been vaccinated at four times the rate of those with a high school degree or less (43% versus 13%).

A new survey looks at how much Democrats and Republicans approve, or disapprove, of their governors and the president’s handling of COVID-19. IPR political scientist James Druckman and his colleagues found Republicans are generally more disapproving of their governors—even more so when their governor is a Democrat. Meanwhile, Democrats have increased their ratings for all governors on average, especially Republican ones. The research is part of an ongoing national survey of more than 170,000 Americans between April 2020 and February 2021.

Between February 5 and March 1, IPR political scientist James Druckman  surveyed more than 19,700 individuals to determine whether parents are more skeptical of coronavirus vaccines than other adults. The survey results show parents are more hesitant about getting the coronavirus vaccine for themselves and their children than those without children across different socioeconomic and demographic groups, with young mothers driving the gap. Mothers between the ages of 18 and 35 are a third less likely to get the vaccine as soon as it becomes available and nearly a third more likely to refuse it altogether. Mothers are also more skeptical of vaccines than fathers: 27% of mothers say they are extremely unlikely to vaccinate their children versus 14% of fathers.

New Survey Shows Wide Gaps in Who Is Getting Vaccinated

A new national survey of more than 21,000 Americans underscores that wide disparities still exist in terms of who has been able to get a vaccine so far. It also pinpoints how a complex system of vaccine distribution cuts off the people best placed to convince more vulnerable Americans to get one. The researchers, including IPR political scientist James Druckman conducted the survey between February 5 and March 1. They find that education was the biggest predictor of who had already been vaccinated: 29% of respondents with graduate degrees had already received their COVID shots versus just 9% of those with a high school diploma or less, and the figures were similar for vaccine hesitancy (8% vs. 30%).

In new national survey by IPR political scientist James Druckman while healthcare workers held similar attitudes to most Americans on their hesitancy in, and resistance to, getting vaccinated, they were more likely to be vaccinated overall (13%) than Americans generally (2%) since they are on the COVID frontlines as essential workers. The survey finds that education, income, gender, and race/ethnicity are strong predictors of vaccination rates, as well as of vaccine hesitancy and resistance among those at the frontlines of the fight against COVID-19.

Two-thirds of respondents (67%), whether students or parents, say they are concerned about the quality of K–12 learning during the pandemic, according to a new national survey of more than 25,000 people by Northwestern, Northeastern, Rutgers, and Harvard universities, including IPR political scientist James Druckman. The finding holds across respondents from different racial backgrounds, incomes, and political affiliations.

A new national survey by IPR political scientist James Druckman that took place between December 16 and January 11 shows nearly 9,000 of 25,000 Americans said they bought guns in 2020. Protesters of police violence or people who attended a rally in support of former President Trump were approximately between 2 and 4 times more likely to buy a gun than those who did not attend. For those who attended a protest against police violence or racism, 13% bought a gun. But that increased to 23% for those attending a rally to support Trump or to protest election fairness or COVID-19 restrictions.

As President Joe Biden promises to vaccinate more than 100 million Americans by the end of his first 100 days in office (April 29), new research offers several critical insights for those in charge of managing such a massive national public health effort. IPR political scientist James Druckman and his colleagues surveyed  show that Americans generally favor getting a vaccination themselves (75%) and do not typically believe COVID-19 vaccine misinformation, though certain groups are more likely to believe false information about vaccines. They are also more likely to be swayed to get vaccinated by messages from their doctors and scientists than those from famous political figures, athletes, or actors, and generally agree with current policies prioritizing which groups should get vaccinated first, such as frontline medical personnel and first responders.

A new survey by IPR political scientist James Druckman reveals the dismal scope of many Americans’ economic struggles as Congress approves an eleventh-hour $900 billion pandemic relief package before remaining benefits expire at the end of December. Between November 3 and 30, the researchers asked roughly 20,000 individuals across the United States and Washington, D.C. about five key economic hardships: unemployment, pay cuts, evictions, making rent or a house payment, and stopping or cutting work to take care of children.

As COVID-19 cases in Illinois surge past spring’s high point, a new survey examining people’s behaviors in the state shows that colder weather driving people indoors and COVID fatigue are likely behind the virus’ deadly second wave. The number of COVID-19 cases in Illinois has increased sharply over the last two months from about 2,000 cases per day in late September to a seven-day rolling average of roughly 12,000 daily cases since mid-November. “The numbers are not promising in terms of what to expect in the coming months,” said IPR political scientist James Druckman. “It seems that necessary behaviors are slipping, and this could put extreme strain on our healthcare infrastructure.”

As the United States waits to see how high already grim rates of COVID-19 will go after Thanksgiving, a new survey by IPR political scientist James Druckman shows that the states with the lowest levels of social distancing behaviors and mask wearing since the pandemic started are enduring the most severe outbreaks now. Researchers tracked how closely more than 139,000 people followed public health recommendations over 10 waves of surveys from April to November 2020 in every state plus the District of Columbia.

A new survey  of over 8,900 young adults, aged 18–24, across the U.S. finds that they showed higher levels of depression amid the pandemic, no matter their gender, racial or ethnic group, or geographic location. Nearly half  (47%) of those surveyed described having at least moderate symptoms of depression. More urgently, over a third (37%) reported occasional thoughts that they might be better off dead, or had thoughts of harming themselves—a tenfold increase in the rate prior to the pandemic. "In terms of long-term consequences of COVID-19, the mental health of young people may be one of the most important," said IPR political scientist James Druckman, who co-leads the survey.

Which Issues Top Americans’ Minds as They Vote?

As the nation heads into Election Day, a survey  by IPR political scientist James Druckman of more than 20,000 American voters on the most important problems facing the U.S. finds their top answers, including the coronavirus at No. 1 overall, align more with issues that Democratic presidential candidate Joe Biden has focused on during his campaign. The researchers show that COVID-19 topped the list for voters in every state but Alaska, where 16% of respondents chose climate change instead. Other first-picks mentioned were racism (10% ranked it first), the economy (8%), healthcare (7%), and crime and violence (6%).

According to IPR sociologist Beth Redbird's survey results, there has been a decline in Americans' belief in U.S. exceptionalism compared to other countries when it comes to institutions such as the healthcare system and the economy. Even institutions seemly unaffected by the pandemic, such as the military and the criminal justice system took a hit. Throughout the pandemic, Americans have developed more negative attitudes about the Republican Party, while attitudes about the Democratic Party have largely been stable.