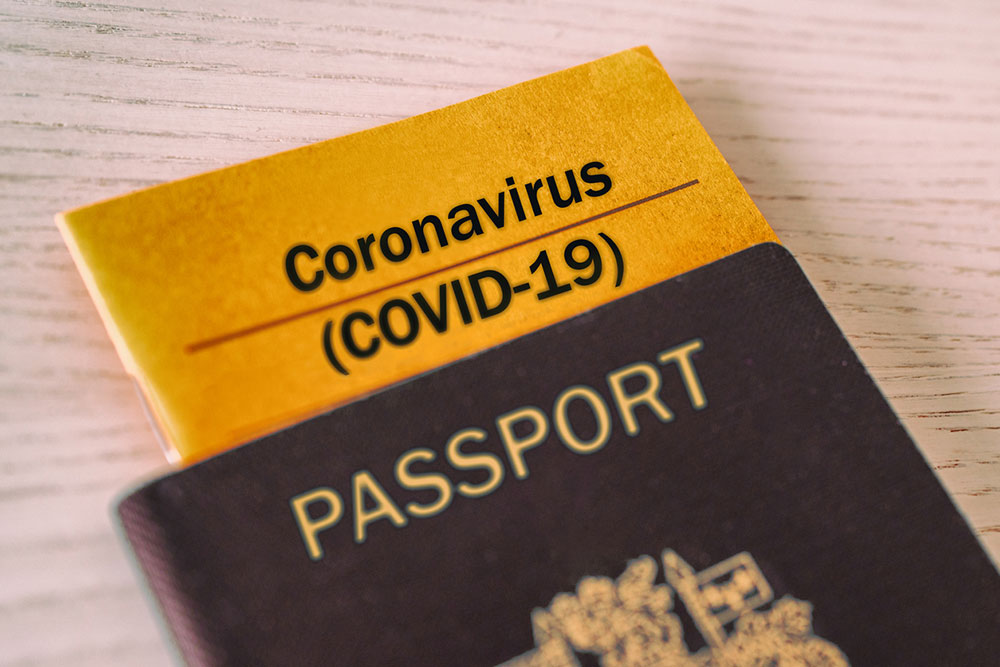 As more Americans receive the COVID-19 vaccine and communities begin re-opening, many remain divided about whether proof of vaccination, or “vaccine passports,” should be required to shop in person or travel. In a national survey conducted by researchers from Northwestern, Harvard, Northeastern, and Rutgers, only 27% of respondents on average support vaccine passports, while 50% oppose them.

Between April 1 and May 3, 2021, the researchers surveyed over 21,000 individuals, randomly assigning them to questions asking about various scenarios under which businesses might require or ask for proof of vaccinations.

The results show that the idea of businesses requiring customers to prove they have been vaccinated before serving them remains unpopular. Respondents were more opposed to a mandate on businesses over allowing the business to decide.

Not surprisingly, those who have been vaccinated are significantly more likely to support vaccine mandates than those who have not. The gap ranges from 16%–23% across the questions. Even though many are against showing proof of vaccination, it was first introduced in the U.S. in the 1800s to prevent the spread of smallpox, and certification is routinely provided today by doctors for children to attend school.

“It is interesting that there is such robust opposition given such a mandate would not depart from other governmental practices,” IPR political scientist James Druckman said, who co-authored the report. "It likely reflects, in part, the speed with which this vaccine became available coupled with people’s desire to avoid, politicizing yet more aspects of COVID-19."

Differences in attitudes about vaccine passports across demographics are the largest between political parties. Depending on the question, Democrats are between one-quarter and one-third more supportive of such passports than Republicans. Democrats are especially in favor of them when it is left up to businesses to decide whether to use them. Independents are less supportive than Republicans, though not significantly, particularly when it comes to vaccine passport requirements. 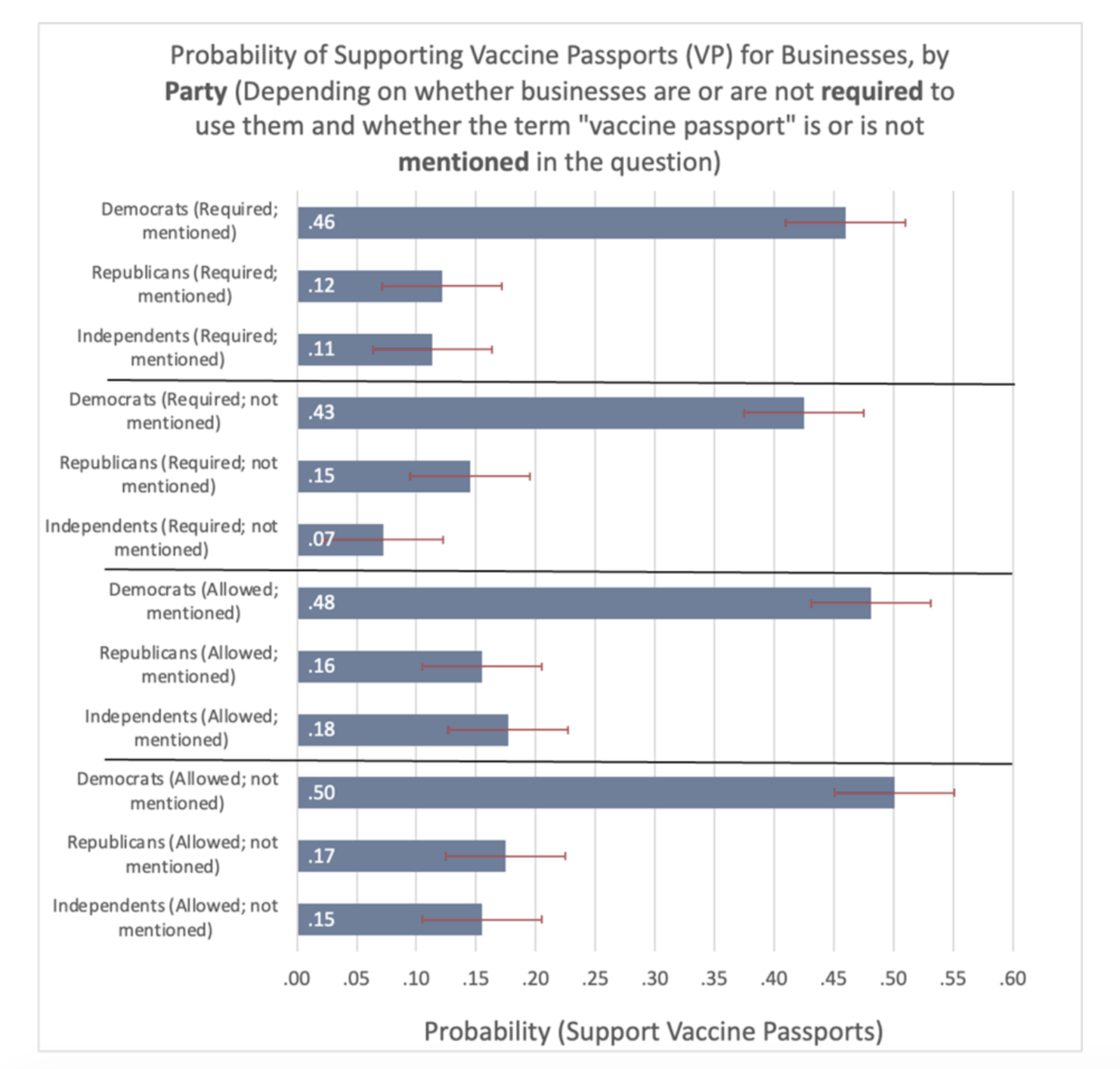 Gender also played a role in attitudes. Overall, men (31%–39%) are more supportive of vaccine passports than women (19%–25%). The largest gender gap (18 percentage points) is when respondents are asked if businesses can require that customers prove they have been vaccinated before entering them.