New survey shows those who protested, got COVID-19, or felt extremely stressed were more likely to buy guns 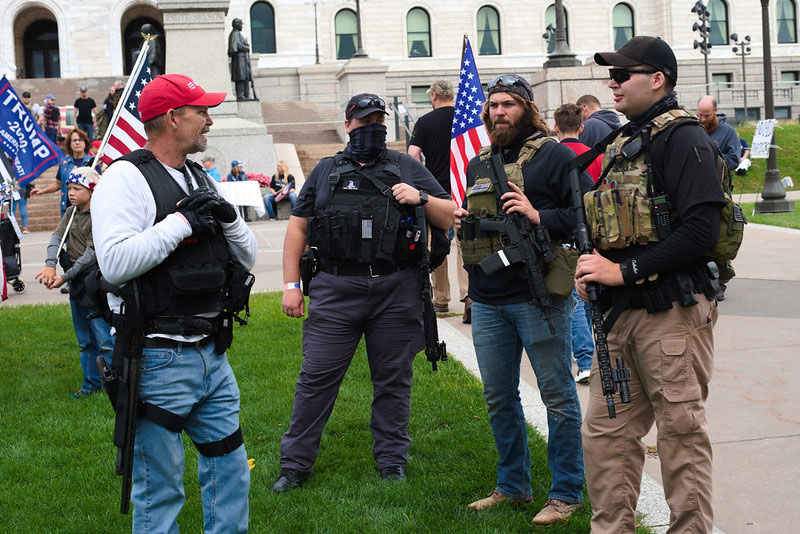 Amid the protests and turbulence of 2020, Americans set a new record for gun purchases, with the FBI tallying a new high of 21 million background checks over the year. That was an increase of 26% over the 2016 record of 15.7 million.

In a new national survey that took place between December 16 and January 11, nearly 9,000 of 25,000 Americans said they bought guns in 2020. The researchers then asked about why they bought them. Gun sales were especially high in March when the pandemic and lockdowns became widespread and in June at the peak of the Black Lives Matter protests.

Druckman is part of a university research consortium of scholars from Northwestern, Harvard, Northeastern, and Rutgers who are tracking Americans’ attitudes on COVID-19.

Protesters were approximately between 2 and 4 times more likely to buy a gun than those who did not protest. For those who attended a protest against police violence or racism, 13% bought a gun. But that increased to 23% for those attending a rally to support former President Trump or to protest election fairness or COVID-19 restrictions.

Still, only about 5% of all American adults protested and so cannot account for all of the increase. Additional drivers of gun buying, Druckman adds, were likely the pandemic itself and fears due to the protests.

Respondents could select up to eight reasons to explain why they made gun purchases in 2020. The most common were reasons regularly cited in past years: to protect them from crime (70%), go target shooting (35%), or hunt (25%).

But specific 2020 events also drove gun purchases, with 16% citing COVID-19 lockdowns, 15% saying they wanted protection from the government, and 14% pointing to the 2020 presidential election. In examining some of these reasons, the researchers found interesting takeaways, like for the 16% of those who selected COVID-19 lockdowns, more than half of them (56%) had attended a Trump rally. 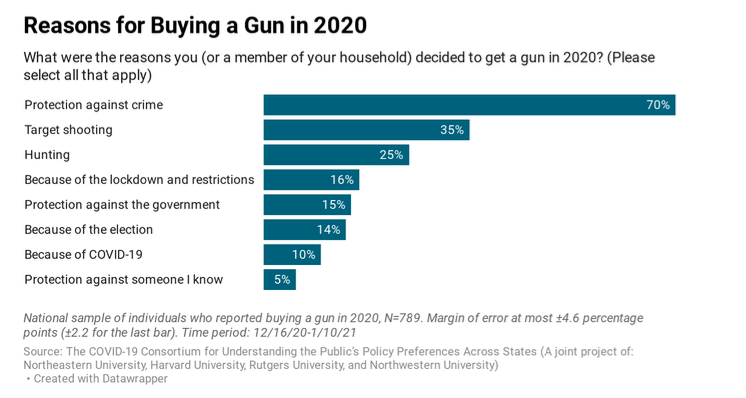 Only 24% of gun purchases were by first-time gun owners, but examining the demographic differences between those who bought a gun for the first time and those who were already gun owners reveals some key differences.

The new gun buyers were those who were particularly worried about national events and thus in many ways did not fit common demographics of gun owners, Druckman said.