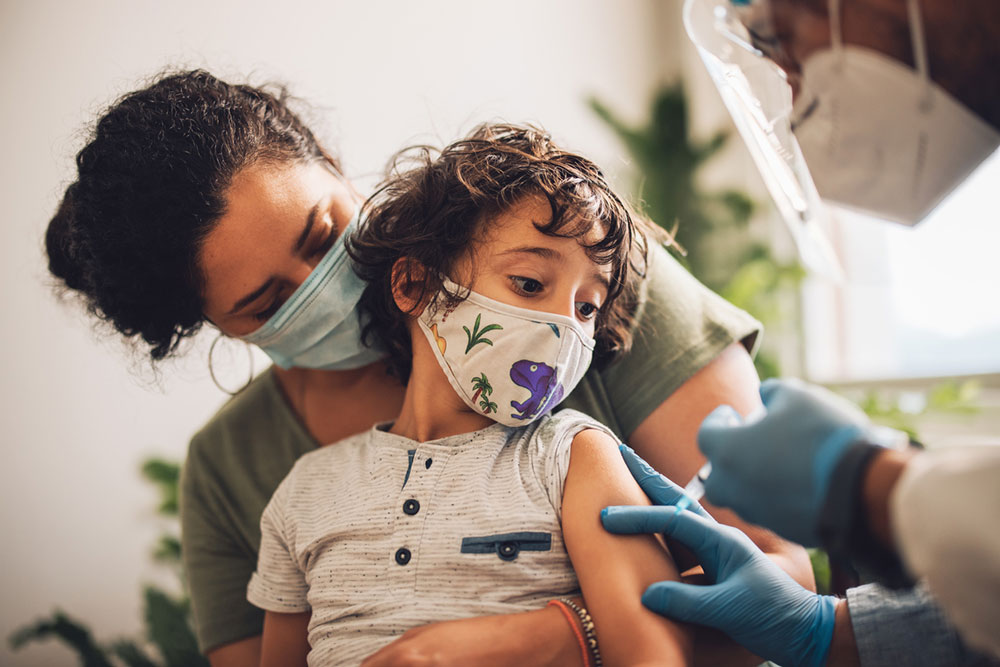 Parents who are Democrats, college-educated, city dwellers, and older (over age 35) were more likely to say their 5- to 11-year-olds were getting vaccinated over those who were not, according to a new survey by researchers at Northwestern, Harvard, Rutgers, and Northeastern.

But the survey also revealed worrying trends in vaccinating children who are now eligible for COVID-19 vaccines, including America’s 28 million 5- to 11-year-olds, who were just cleared to receive the Pfizer-BioNTech vaccine on November 2.

Of parents of 5- to 11-year-olds, 27% said their children had received at least one dose of the vaccine. But since June, the number of overall “vaccine-enthusiastic” parents—those who had or said they were likely to get their children vaccinated no matter their age—dropped by 7 percentage points from 64% to 57%.

The researchers also found that vaccinations for 12- to 18-year-olds had stalled between September and November, only inching up 1 percentage point from 54% to 55%.

The nationally representative survey took place between November 3 and December 2, and roughly 6,000 parents of children up to age 18 participated.

“These trends are particularly concerning given the outbreaks we are seeing throughout the country,” said IPR political scientist James Druckman, one of the researchers involved with the survey.

Some of the same demographic trends seen in previous COVID States surveys around vaccinations seem to be holding here as well:

Read the report about parents' attitudes on vaccinating their children.