The COVID-19 pandemic led to widespread funding shortfalls, closed schools, and learning losses in K-12 schools around the country. While massive federal government packages like the 2020 CARES Act have helped to stem these losses, many school districts are now struggling with budget shortfalls. What does research say about the consequences of school spending cuts on student outcomes? 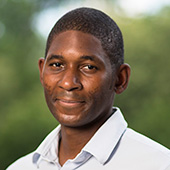 IPR economist Kirabo Jackson, who studies school spending and its impact on the long-term outcomes of students, upends entrenched ideas that money does not matter for schools and shows why it does.

Stay informed about trending policy research topics and more.
Get the latest IPR newsletter sent to your inbox.

For years, social scientists have examined the causal impact of school spending on K-12 student outcomes, with some influential studies saying that spending more on schools doesn’t improve outcomes. However, after examining older and newer research trends on the value of investing more resources in schools, IPR economist Kirabo Jackson explains why money does matter for schools.

In a meta-analysis, Jackson and IPR graduate research assistant Claire Mackevicius find that when school spending increases by $1,000 (in 2018 dollars) and continues over four years, rates of high school graduation and college enrollment increase. A four-year, $1,000-per-pupil policy  improves test scores and educational attainment 91% of the time—evidence that spending improves student outcomes.

Sign up for email updates on IPR research news and events.