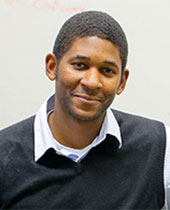 Jackson’s scholarly articles have appeared in leading economics journals such as the Quarterly Journal of Economics, American Economic Journal, Journal of Labor Economics, The Review of Economics and Statistics, and The Journal of Human Resources. His research has been featured in a number of mainstream media outlets, including the New York Times, Wall Street Journal, Washington Post, and others. Jackson’s work has been supported by the National Science Foundation, Spencer Foundation, Carnegie Corporation of New York, Smith Richardson Foundation, and other organizations.

Currently, Jackson is a co-editor at the American Economic Journal: Economic Policy, and he was previously co-editor of The Journal of Human Resources. He previously served on the American Economic Association's committee on the status of minority groups in the economics profession and is a research associate at the National Bureau of Economic Research. In 2020, he received the David N. Kershaw Award from the Association for Public Policy Analysis & Management, which recognizes distinguished policy research contributions for scholars under 40. He is an elected member of the National Academy of Education.

The Effect of Teachers on Measures of Socio-Emotional Skills: Jackson extends the traditional test-score value-added model of teacher quality to allow for the possibility that teachers affect a variety of student outcomes through their effects on both students’ cognitive and noncognitive skill. In published work, Jackson shows that teachers have effects on skills not measured by test scores, but reflected in absences, suspensions, course grades, and on-time grade progression. Teacher effects on these non-test-score outcomes in 9th grade predict effects on high-school completion and predictors of college-going—above and beyond their effects on test scores. Relative to using only test-score measures of teacher quality, including both test-score and non-test-score measures more than doubles the predictable variability of teacher effects on these longer-run outcomes. In ongoing work, Jackson examines how teacher effects on these behavior-based measures of soft skills relate to effects on photometric measures of soft skills. He will also examine which teacher practices predict these effects and will look at longer-run outcomes such as postsecondary completion and labor market outcomes.

The Effect of Single-Sex Education on Test Scores, School Completion, Arrests, and Teen Motherhood: Existing studies on single-sex schooling suffer from biases due to the fact that students who attend single-sex schools differ in unmeasured ways from those who do not. Moreover, even if one can deal with the student selection problem, schools that are single sex may differ from coeducational schools in systematic unobserved ways (other than being single sex).  In 2010, the Ministry of Education in Trinidad and Tobago converted 20 low-performing secondary schools from coeducational to single-sex. Jackson exploits these conversions to identify the causal effect of single-sex schooling holding other school inputs constant. After also accounting for student selection, single-sex cohorts at conversion schools score higher on national exams and are four percentage points more likely to complete secondary school. There are also important non-academic effects: All-boys cohorts have fewer arrests as teens, and all-girls cohorts have lower teen pregnancy rates. These benefits are achieved at zero financial cost. Survey evidence suggests that these single-sex effects reflect both direct gender peer effects due to interactions between classmates, and indirect effects generated through changes in teacher behavior.

The Long-Run Effect of Head Start and Public School Spending: Jackson and Berkeley economist Rucker Johnson examine the long-run effects of Head Start on the outcomes of poor children. They pay particular attention to whether the effects of Head Start differ for those who attend better resourced public schools. Using the Panel Study of Income Dynamics, they compare the adult outcomes of cohorts who were differentially exposed to policy-induced changes in preschool (Head Start) spending and school-finance-reform-induced changes in public school spending during childhood, depending on place and year of birth. Difference-in-difference instrumental variables and sibling-difference estimates indicate that, for poor children, increases in Head Start spending and increases in public K–12 spending each individually increased educational attainment and earnings, and reduced the likelihood of both poverty and incarceration in adulthood. The benefits of Head Start spending were larger when followed by access to better-funded public K–12 schools, and the increases in K–12 spending were more efficacious for poor children who were exposed to higher levels of Head Start spending during their preschool years. The findings suggest that early investments in the skills of disadvantaged children that are followed by sustained educational investments over time can effectively break the cycle of poverty. 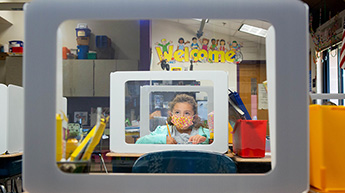 Back to School: IPR Researchers Discuss the Pandemic’s Impact

As millions of children return to schools, IPR faculty examine key education issues through their work