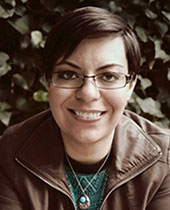 Boundaries can be as formal as borders between nations, or as informal as cultural differences. Whether they are geographical, political, legal, or social, boundaries create inequality.

They limit the free flow of resources; restrict knowledge and ideas; and draw distinctions between ‘us’ and ‘them.’ I study the impact of boundaries on interaction, conflict and inequality.

(1) The ways in which modern settler-colonial boundaries constrain and influence native nations.

(2) The flow of human movement within and between spaces.

The Unending Frontier. The concept of invisible walls, restricting movement for people of color, is not new.  ‘Ghettoes,’ ‘barrios,’ ‘Chinatowns,’ and Reservations are all such spaces. “The ghetto is hope, it is despair, it is churches and bars.  It is aspiration for change and it is apathy.  It is vibrancy, it is stagnation.  It is courage, and it is defeatism.  It is cooperation and concern, and it is suspicion, competitiveness, and rejection.  It is the surge towards assimilation, and it is alienation and withdrawal within the protective walls of the ghetto” (Clark 1989: 11). These enclaves of segregation are often accompanied by deteriorated housing, decreased health and high mortality, crime, drug addiction and alcoholism, and chronic unemployment; what Fanon called a geography “hungry for light” (Fanon 1968: 53).  Yet, exploitation and oppression are not all that is found in these spaces.  They are also places of community, home, and comfort. But, reservations are also colonized spaces.  “Indian land” and settler land are distinct, and often opposed, forms of property. Borderlands, the settled lands that touch Indian Country, are not just boundaries at the edges of an empire.  They are sites of economic and resource exchange, information sharing, cultural intermixing, and power contestation.  Sociologists often think of such spaces of exchange and interaction as increasing understanding and cultural growth.  But reservations are places of the unfinished settler project, and so borderlands become places of territorialized political contestation. This is the argument put forth here:  With territory comes sovereignty and legal jurisdiction, and because the maintenance of territorial distinctions is critical to the ongoing structure of settler-colonialism, so are ongoing jurisdictional disputes that continually enforce a segregated order.

Human Movement. Human interaction matters for well-being.  Interacting frequently, particularly with a diverse collection of others, makes us more tolerant, increases information flow, improves mental and physical health, and increases labor market participation.  The benefits of diverse interaction develop in two ways.  First, social isolation is detrimental.  Those with less social interaction experience more stress, have lower health outcomes, and are more likely to be hurt or die during periods of significant social disruption.  Second, homophily, the tendency to associate with people who are similar to us, is also problematic as it reduces our access to resources, makes us less empathetic, and reduces generosity. This project utilizes anonymous GPS data to develop measures of the frequency, depth, and diversity of modern interactions.  We have four primary goals: (1) describe the patterns of human interaction prior to the pandemic; (2) understand the inequality consequences of these patterns; (3) map and explore changes in human interaction during the pandemic; and (4) monitor pandemic recovery to understand the ‘new normal.’

Tribal Constitutions Project. Tribes develop structures of governance for many reasons.  Some of these structures developed within a system of federal constraints, their nature being externally inflicted on the tribe.  Others were designed to stave off federal involvement.  Still others to reflect distinctly Indigenous priorities or history.  We examine the development of sovereignty in three areas:

Redbird, B. and A. Escamilla-Garcia. 2020. Borders within borders: The impact of occupational licensing on immigrant incorporation. Sociology of Race and Ethnicity. 6(1):22-45. 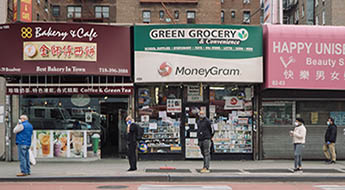 Study identifies 'super-spreader' sites, shows how to better protect those most at risk for getting the virus 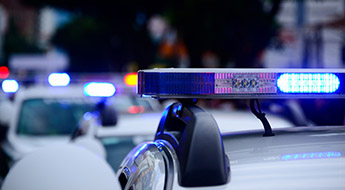 New Tool Maps Racial Disparity in Arrests Across the Country