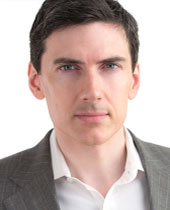 Bullock studies the effects of partisanship on people's political views. Three questions motivate his work in this area: How can people make sensible political choices when they know so little about politics? When will partisanship dominate people's thinking about political choices? And to what extent does partisan polarization create or reflect bias in political thinking? With these questions in mind, Bullock's research speaks to concerns about "fake news," partisan response patterns in surveys, and the effects of position-taking by party leaders on the views of ordinary citizens.

Bullock's scholarly articles have appeared in many venues, including the American Political Science Review and the Journal of Personality and Social Psychology. His research has been featured in mainstream media outlets, including the New York Times, Washington Post, and NPR.

Bullock earned his doctorate in political science from Stanford in 2007. He was an assistant professor at Yale and the University of Texas at Austin before joining Northwestern as an associate professor in 2017.

Education and Attitudes toward Redistribution in the United States. Although scholars have studied education’s effects on many different outcomes, relatively little attention has been paid to its effects on adults’ economic views. In new research, Bullock examines those effects. Within-state changes in the strictness of attendance laws help to account for the endogeneity of schooling decisions. The results suggest that secondary education has a little-appreciated consequence: It makes Americans more opposed to redistribution. Further investigation suggests that these conservative effects of education operate partly by changing the way that self-interest shapes people’s ideas about redistribution.

Measuring the Intensity of Political Attitudes. On any given issue, some people feel much more intensely than others. But our standard measures of intensity are vague survey questions: For example, "How important is this issue to you personally?" These questions may not do a good job of capturing actual intensity of feeling; at the least, it's clear that they don't help us to understand people's votes or their attitudes toward candidates. A further problem is that conventional measures may confound fundamental concerns about an issue with concerns that depend on the status quo: If someone says that an issue is important to them, it may be because the issue is fundamentally important, or it may simply be because their preferred policy on the issue is far from the status quo policy. With Greg Huber and Erik Snowberg, Bullock is working to devise measures of intensity that overcome these problems.

Bullock, J., and D. Green. Forthcoming. The Failings of Conventional Mediation Analysis and a Design-Based Alternative. Advances in Methods and Practices in Psychological Science. 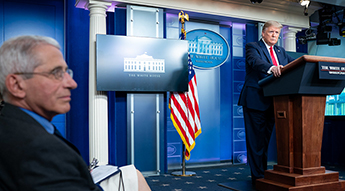 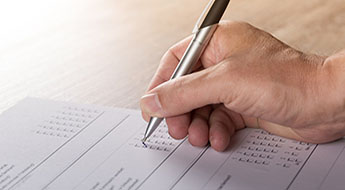 How Does Partisanship Shape Voters’ Perception of the Facts?