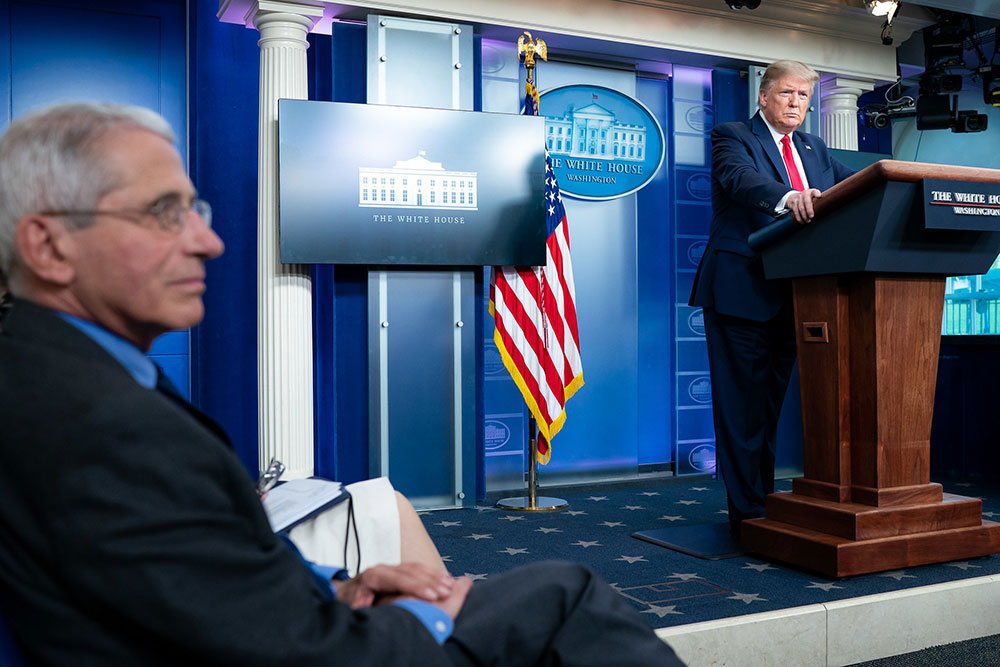 Competent elected leaders are often successful in improving the lives of those they serve, but incompetent ones can have an outsized, and even deadly, impact on their citizens, according to IPR political scientist John Bullock.

In The Forum, Bullock and Jonathan Bendor of Stanford University argue that researchers should focus more on the competence of elected leaders instead of voter competence, or how well ordinary voters understand politics. The federal government’s mismanagement of the COVID-19 pandemic under the Trump administration led the researchers to update their previous essay on the topic.

“In 2020, with the Trump administration's handling of the pandemic, we thought that we had a good example that we could use to elaborate the idea,” Bullock explains.

Bullock says when citizens make political mistakes—such as voting for an unqualified candidate—another citizen’s vote for a more qualified candidate may cancel out that action. But the actions of top elected officials are different.

“Their decisions are much less likely to be overruled or canceled out by someone else's actions,” Bullock said. “Leaders' decisions aren't just much more consequential. Their mistakes are also much more likely to go uncorrected.”

The researchers outline several ways in which elected officials’ abilities and performance matter more than Americans’ knowledge of politics. They focus on three key areas: a leader’s individual characteristics, the structure of government agencies, and the federal government’s personnel system. They note that governing requires “real skills,” but the U.S. has no formal personnel procedures for determining the competence of presidential candidates, for example.

Bullock and Bendor note that incompetent leaders can be especially dangerous because government agencies give them power to appoint others to positions of authority who might not be qualified. They call the way in which hierarchies can amplify poor leaders at the top the “incompetence multiplier.”

The researchers highlight several 2017 Trump appointees such as energy executive Rex Tillerson, appointed as U.S. Secretary of State, and Breitbart News executive Steve Bannon, appointed to the National Security Council—both of whom had little to no experience in foreign policy or national security before assuming their posts.

“By itself, the power to nominate and appoint makes the competence of leaders and prospective leaders worthy of study,” Bullock said.

The researchers go on to outline how Trump’s unqualified appointees affected the government’s early pandemic response. For example, Trump appointed Robert Redfield, a virologist and HIV/AIDS researcher, to head the Centers for Disease Control and Prevention (CDC) in 2018. But Redfield had never run a government agency before, and suddenly, he was propelled into a position managing thousands of employees and a $7 billion budget.

The researchers argue that the CDC made several mistakes early on because of Redfield’s lack of administrative experience, including flawed tests and failing to coordinate with states to broaden COVID-19 testing.

They cite further examples of the administration’s incompetence such as the 2018 decision by the then-National Security Advisor John Bolton to shut down the White House’s global health preparedness office, which coordinated pandemic responses, and Trump’s downplaying of the pandemic early in 2020—signs of overconfidence. They conclude that both of these actions led to a slower federal response to COVID-19.

The federal government’s COVID-19 response highlights why Bullock and Bendor are urging scholars to shift their focus to elected leaders’ abilities to govern.

John Bullock is associate professor of political science and an IPR fellow.