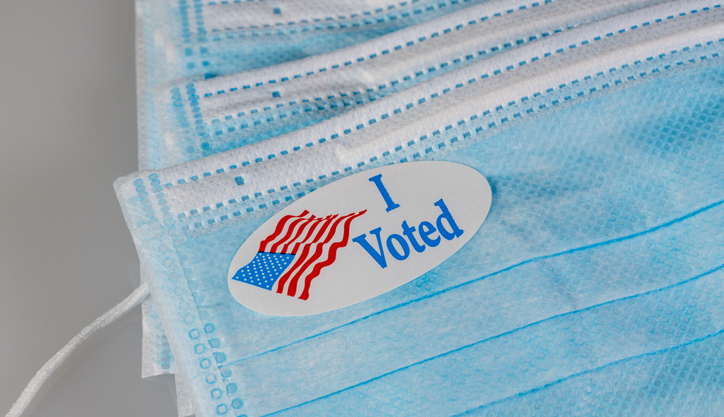 With less than two weeks to go until November 3, the 2020 election will be historic on many levels—from casting votes during a pandemic and ongoing protests around racial injustice to an eleventh-hour Supreme Court vacancy and a president who contracted the coronavirus.

Amid this extraordinary election cycle, IPR political experts have pivoted their research to offer fresh insights into what voters think, the prospects of female candidates, partisanship and party polarization, how voters understand campaign promises, presidential leadership and democracy, and the appeal of economic success to working-class voters.

How COVID-19 Is Shaping the Election and Voter Opinions 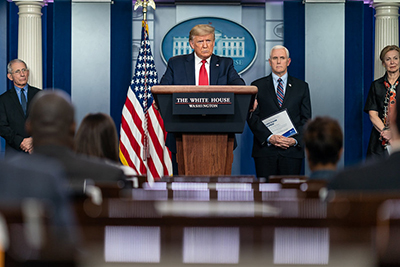 The pandemic has undeniably shaped the way in which voters consider candidates and election issues. IPR political scientist James Druckman has been surveying Americans’ attitudes and behaviors during a pandemic as part of a four-university consortium.

Their results offer an array of insights into America’s current state of mind, including how much respondents trust government, their willingness to vaccinate, and how they view voting by mail, protests, and misinformation, among other issues.

One recent survey finds that trust in President Trump’s management of COVID-19 crisis had declined from 50% in late April to 43% in August, though it has slightly increased by 2 points since July. Democratic presidential candidate Joe Biden saw the smallest decline in trust with only a 1-point drop to 50%.

Another survey in September shows that 80% of Americans backed passage of a fifth coronavirus relief bill. One in August reveals that those who get their news from social media were more likely to believe false claims about coronavirus conspiracies and preventative treatments.

The surveys also track how responses vary across a variety of personal dimensions, such as a person’s race and ethnicity, gender, political party, income, and other variables—in many cases revealing deep-seated divisions. For example, when asked about their trust in President Trump, police, and the White House in April, Black respondents expressed far lower levels than did White respondents in the president (17% vs. 51%), White House (27% vs. 52%), and police (42% vs. 72%). An August survey dissected attitudes toward reopening schools, with the least wealthy respondents more than half as likely as the wealthiest to express confidence in school safety (22% versus 40%).

“These surveys help us understand the social and political dynamics during this unprecedented time in our country’s history,” Druckman said.

Political Engagement at a Critical Junction

IPR sociologist Beth Redbird is conducting a national survey on political engagement, working with other IPR faculty experts to examine attitudes and behaviors during COVID-19.

According to the survey, Americans’ belief in U.S. exceptionalism has declined compared to other countries when it comes to institutions such as healthcare and the economy. Even institutions seemingly unaffected by the pandemic, such as the military and the criminal justice system, took a hit.

“The consequences of this, is that when a crisis of failure comes, we sometimes get to this turning point or openness to change in which we're willing to question the status quo and institutional responses that once seemed really natural or taken for granted are suddenly questioned,” Redbird explained.

She calls this a critical juncture or a point of uncertainty that facilitates institutional change that often begins when faith declines in institutions.

“One of the things that happens in critical junctures is because we're willing to question even unrelated institutions that often narratives then spark our interest in reform,” Redbird said, pointing to George Floyd’s murder as an example of such a narrative and the election year as providing an opportunity for such change to take place.

Will Women Candidates Win Big in 2020? 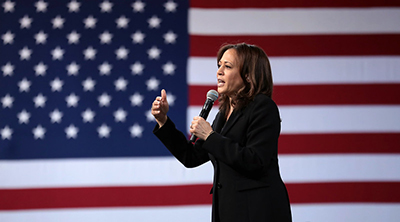 Previously, female candidates on presidential tickets have not fared well in elections, but with one female vice presidential candidate  and a record number of women running for office in 2020, how might they fare in 2020? IPR political scientist Mary McGrath and former Northwestern student Sara Saltzer examine the partisan gender gap in elected office to understand whether Democratic and Republican voters have different biases toward female candidates—and if so, why those biases exist.

With this research in mind, how could vice presidential candidate Kamala Harris impact voters’ attitudes about women running for office?

“While Harris is pathbreaking in a lot of ways, she's the fourth woman to appear on a major-party presidential ticket, not the first.” McGrath said. “I don't know that we should expect her presence on the ticket in and of itself to affect how voters view female candidates—especially given that we find that Democratic voters in particular are already favorably disposed toward female candidates.”

McGrath said if Biden and Harris win, though, that could be a different story. The myth of "electability," or the belief that other people aren’t willing to vote for female candidates, can be a hindrance to women winning. But it is one which she notes, “the election of presidential ticket featuring a female candidate could go a long way to dispel.”

What Do Voters Want from Elected Officials?

With consequential seats up for grabs in the Senate and the House, a crucial question is what do voters want from legislators in a time of historic levels of party polarization?

IPR political scientist Laurel Harbridge-Yong finds that while Americans generally prefer Congress to compromise instead of clinging to gridlock, their commitment to avoiding gridlock hinges on the issue and which party is seen as winning. They do, however, disapprove when partisan conflict prevents Congress from acting on an important national issue, and they generally reward legislators who compromise.

The perception that voters care more about a win than compromising on controversial issues could be why legislators reject “half-loaf” compromises.

In a survey of state legislators, Harbridge-Yong shows that instead of finding common ground, roughly a quarter of policymakers voted “no” even when a policy moved closer to their ideal policy. This behavior suggests that they rejected the idea that “a half loaf is better than none.”

One of the key predictors of rejecting compromise was the perception that voters would punish them for compromising. Legislators were most concerned about punishment from the primary electorate, suggesting that even if the majority of Americans want compromise, legislators are responsive to the most ardent activists whom they view as opposing compromising.

“There is broad support in the American public for further COVID-19 relief legislation, including direct payments to individuals. But divided party control between the House and Senate makes it difficult for voters to understand who is responsible for inaction and why a compromise has not been reached,” Harbridge-Yong said. “The ability of both sides to point the blame at the opposing party (and chamber) may limit the electoral consequences for either party.”

Can Campaign Promises Make or Break a Candidate? 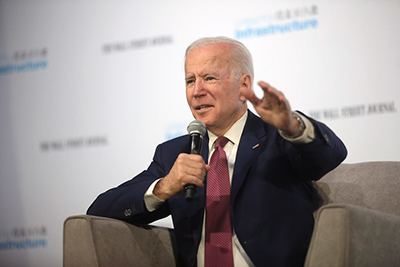 Democratic presidential candidate Joe Biden refuses to answer if he will support expanding the Supreme Court. President Donald Trump promises that he will build a wall that Mexico will pay for. When candidates make campaign promises, do they help or hurt with electors?

In a series of experimental surveys on how constituents view candidates’ positions on gun control, IPR political scientist Tabitha Bonilla examines if voters can tell the difference between candidates’ campaign promises and speech showing their commitment to take action on an issue. She finds promises attract like-minded voters, and they repel voters who disagree with them. This means election promises candidates make are incredibly polarizing.

“This suggests that Trump’s promises, and all campaign promises, are indeed polarizing,” Bonilla said. “Part of the polarizing nature of his promises is undoubtedly the content, but part of the issue is the commitment he is attaching to the policy issues as well.”

For Biden, she points to his refusal to answer whether he would expand the Supreme Court as a way to show voters what he thinks they should be discussing.

“Instead of focusing on the solution to a problem, he is reminding voters of the problem itself: [Senate majority leader] Mitch McConnell holding up judicial nominations during the last year of Obama’s presidency,” Bonilla said.

How Presidential Leadership Can Affect Who Votes and Democratic Stability

IPR political scientist Daniel Galvin shows how, unlike his predecessors, President Donald Trump has paired party domination and organizational investment to achieve a laser-like focus on mobilizing his base. While previous GOP presidents worked to build their party coalition by attracting new demographic groups, Trump’s strategy seeks to deepen his base in hopes of swelling the number of like-minded supporters.

This pairing has given Trump unparalleled power over his party, which Galvin says raises troubling questions about the stability of American democracy. With campaign comments claiming mail-in ballots would “lead to massive election fraud” and that “Democrats are trying to rig the election,” Trump has tried to fan distrust of the electoral system among his base. This could be especially dangerous to democracy, as the COVID-19 pandemic continues to impact the mechanics of voting.

“If he continues to insist that voting by mail is inherently rife with fraud, he may succeed in convincing his base, which still constitutes a substantial portion of the electorate, that the election was illegitimate—further undermining faith in our institutions and the mechanisms of our democracy,” Galvin explained. 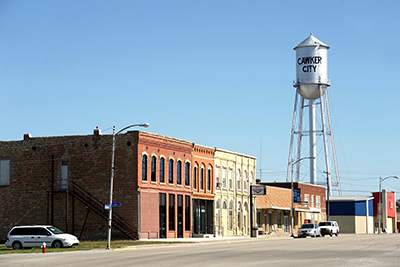 In the 2020 election, the state of the economy is an essential issue for voters during the current economic downturn caused by the coronavirus. According to research by IPR sociologist Monica Prasad, many working class voters trust the Republicans to do a better job on the economy, because they see the Democrats as concerned only with government spending, and they associate government spending with excessive consumer spending in their own lives. Prasad argues that this may help answer the question of why working-class voters do not always vote for working-class parties.

"Despite everything that's happened this year, it's remarkable that Americans still trust Trump to do a better job on the economy than Biden,” Prasad explained. “But his lead is very narrow, and recent arguments that a Democratic administration will provide more stimulus could erode it completely.”

Prasad says it’s possible to thread a needle to a Trump victory if Republicans and Independents continue to trust him on the economy and the economy becomes more salient to voters than the pandemic. This could be combined with the rightward lean of the Electoral College and polling errors to produce a Trump win, but this scenario “becomes harder to imagine every day,” she said.