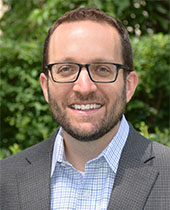 Daniel J. Galvin is an Associate Professor of Political Science and a Faculty Fellow at the Institute for Policy Research at Northwestern University.

His current research focuses on labor policy and politics, worker organizations, and the enforcement of labor standards. He is writing a book on the changing politics of workers’ rights and the efforts of low-wage workers to build power and strengthen their rights and protections in the workplace, tentatively titled “Alt-Labor: Low-Wage Workers and the New Politics of Workers’ Rights.” He also researches and writes on presidential politics, political parties, and American political development. Galvin is the author of Presidential Party Building: Dwight D. Eisenhower to George W. Bush (Princeton University Press), co-editor of Rethinking Political Institutions: The Art of the State (NYU Press), and has published numerous journal articles and book chapters.

His work has been recognized with several awards, including the Emerging Scholar Award from the American Political Science Association (APSA) section on Political Organizations and Parties, the Mary Parker Follett best article prize from the APSA Politics and History section (for “From Labor Law to Employment Law: the Changing Politics of Workers’ Rights”), and the Best Paper Award from the APSA Public Policy section (for “Deterring Wage Theft: Alt-Labor, State Politics, and the Policy Determinants of Minimum Wage Noncompliance”). His research has been supported by the Russell Sage Foundation, the Washington Center for Equitable Growth, the Economic Policy Institute, the National Science Foundation, the AT&T Research Fellowship, the Miller Center for Public Affairs, the LBJ Foundation, and the Dwight D. Eisenhower Foundation. His teaching has been recognized by the E. LeRoy Hall Award for Excellence in Teaching and the R. Barry Farrell Teaching Award, and he was twice elected by the Northwestern student body to the Faculty Honor Roll.

Galvin is currently chair of the Politics, Institutions, and Public Policy program at the Institute of Policy Research. He is also affiliated with the Comparative-Historical Social Science (CHSS) program and the Center for the Study of Diversity and Democracy (CSDD) at Northwestern.

The New Politics of Workers’ Rights. Over the last several decades, as national labor law has “ossified,” the U.S. workplace has “fissured,” and precarious, nonstandard, “bad” jobs have proliferated, a growing number of workers – disproportionately low-wage immigrants, women, and people of color – have become increasingly vulnerable to exploitation and abuse in the workplace. In response, a new politics of workers’ rights has begun to emerge in new venues (state and local levels), focusing on new governing institutions (employment laws), and featuring new organizational forms (worker centers and other “alt-labor” groups), coalitions (including traditional labor unions, community groups, and social movements), and strategies (including innovative efforts to build political power for low-wage workers and their communities).  These developments have resulted in new substantive rights and protections for workers and have helped to invigorate the labor movement, but at the same time, they have added new problems without resolving the problems produced by labor law’s drift in the first place. In this project, Galvin uses original quantitative and qualitative data to analyze the new policy innovations and document and assess the political development of alt-labor groups over the first two decades of the 21st century. This research, which has resulted in several journal articles and is currently a book manuscript-in-progress titled “Alt-Labor: Low-Wage Workers and the New Politics of Workers’ Rights,” is supported in part by the Russell Sage Foundation and the W. K. Kellogg Foundation.

Race, Geography, and Inequalities in Minimum Wage Enforcement. Galvin is the PI on a multi-year study titled Unequal Protections: Regional Disparities in Labor Standards Policies, Enforcement, and Violations funded by the Washington Center for Equitable Growth. In this project, Galvin and coauthors examine the relationship between region, race, state enforcement capacities, and minimum wage violations in the United States, and what the mechanisms are by which weaker state enforcement capacities might produce a higher incidence of minimum wage violations. The researchers theorize a repertoire of mechanisms linking the legacy of slavery and the post-slavery racialized economy in the South to weak state enforcement capacity and minimum wage violations in order to understand the role of federalism in creating and maintaining Black-white racial disparities in wages and other outcomes.

Galvin, D. 2020. "Party Domination and Base Mobilization: Donald Trump and Republican Party Building in a Polarized Era." The Forum: A Journal of Applied Research in Contemporary Politics.

Galvin, D. with A. Davis, J. Fine, and J. Round. 2021. “Florida Policymakers Need to Reassess How the Minimum Wage is Enforced.” Joint Report by the Florida Policy Institute and the Center for Innovation in Worker Organization Report (March).

Galvin, D. 2017. Wage theft is widespread, but politics and policies can play a powerful role in reducing it. London School of Economics US Centre’s blog on American Politics and Policy, March 13.

Galvin, D. 2016. Obama built a policy legacy. But he didn’t do enough to build the Democratic Party. The Washington Post – Monkey Cage, November 16. 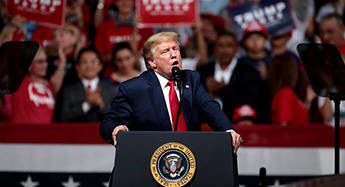