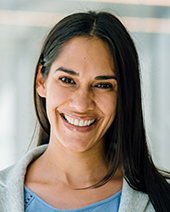 Tabitha Bonilla studies political behavior and communication and broadly examines how elite communication influences voter opinions of candidates and political policies. In particular, her work focuses on how messaging polarizes attitudes or can bridge attitudinal divides with substantive focuses on important topics in American politics ranging from gun control to human trafficking and immigration. Her work incorporates a range of quantitative methods including experiments and text analysis.

The Importance of Campaign Promises (Forthcoming in Cambridge University Press in December 2021). Existing empirical work tells us that campaign promises are important for voter decision-making. Studies on campaign promises tell us that candidates make increasing numbers of promises to constituents, but the American public does not necessarily believe that candidates will follow through on their promises. This project asks what incentive candidates have to continue to make campaign promises, and theorizes that promises increase the perceived commitment that the candidate makes to her position, and subsequently affects voter evaluations of candidates by changing expectations of candidate follow through and character. Experiments, measuring the prospective and retrospective effects of promises on candidate evaluations, indicate that promises polarize voter opinions of a candidate.  While promises attract like-minded voters, they repel voters with different perspectives. Promising also comes at a cost to assessments of a candidate's character which results in an asymmetry between the gains and losses made from promising, and ultimately allows candidates to strategically employ promises.

Issue Appeals Versus Group-Based Appeals. Discussions of election strategies in the United States often revolve around which party can attract specific demographic groups, and what the parties can offer those groups. A prominent example of this discourse is the Republican National Committee’s report on the 2012 election, which focused specifically on how the party can better attract African-Americans, Latinos, and women in order to win subsequent elections. This project investigates the efficacy of how parties appeal specifically to African-American and Latino voters through two survey experiments. By making group-based appeals, candidates induce a negative effect in vote choice for in-group members. In both experiments, respondents generally prefer candidates when the candidates’ appeals indicate a demonstrated commitment to issues affecting that community. And, even when issue appeals correspond to group appeals, candidates perform best when making issue appeals alone.

Bonilla, T., and Tillery, A. B. 2020. Which Identity Frames Boost Support for and Mobilization in the #BlackLivesMatter Movement? An Experimental Test. American Political Science Review, 1-16. 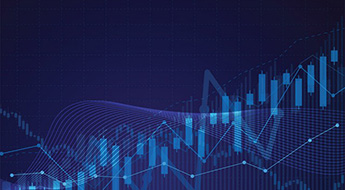