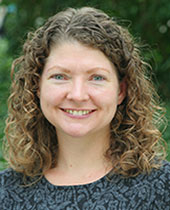 Laurel Harbridge-Yong’s work focuses on how elections, institutions, and policy are connected in the United States. Her research explores a range of questions surrounding partisan conflict and the difficulty of reaching bipartisan agreement and legislative compromises in American politics. Her research spans projects on Congress, state legislatures, and the mass public. Her 2015 book explored declining bipartisan cooperation in Congress, changes in party strategy and the ramifications of these changes for the responsiveness of members to their constituents and for policy formation. Her 2020 book explored how legislators’ perception of primary voters discourages legislative compromise. Her current research examines legislative inaction and partisan conflict in Congress and American politics more broadly.

Intra-Party Conflict and Dissent. Scholars increasingly view partisanship in the public as a social identity and find this perspective critical to understanding inter-party conflict, but existing work provides little guidance about how partisans should navigate public intra-party conflict. In joint work with Alexandra Filindra of the University of Illinois at Chicago, Harbridge-Yong develops a theory of partisan leadership cues to explain why partisans may rally around a leader who faces dissent from within the party. Harbridge-Yong and her co-author test these expectations through a series of survey experiments on both hypothetical and real leaders that focus on the leader violating democratic norms. The results suggest that in most cases voters rally around the leader when he faces criticism from within the party; in only the most serious norms violation do voters follow the cue of the critic. This suggests that partisan group attachments can further erode democratic accountability.

Are Bipartisan Lawmakers More Effective? While some of the greatest legislative accomplishments in policymaking in the United States resulted from bipartisan compromises and many of the most legendary legislators espoused the importance of bipartisanship, such sentiments and outcomes seem out of place in the contemporary, highly polarized Congress. Or are they? In joint with Craig Volden at the University of Virginia and Alan Wiseman at Vanderbilt University, Harbridge-Yong examines whether legislators who cultivate a record of bipartisanship find more legislative success in advancing their bills through the lawmaking process. They find that legislators who attract a larger proportion of opposite-party cosponsors to their bills are, indeed, more effective lawmakers. They also demonstrate that while there is no direct payoff for a legislator who engages in bipartisan cosponsorships, signing onto bills sponsored by the opposing party has an indirect effect; it helps legislators draw in more cosponsors from the opposite-party on bills sponsored by the legislator.

Who Do Legislators Blame For Inaction? High levels of party polarized combined with divided government in recent years often resulted in legislative gridlock in Congress. For legislators who want to promote a record of accomplishment, they may respond to inaction by laying blame for inaction on other actors. In joint work with David Doherty at Loyola University and Amanda D’Urso at Northwestern, Harbridge-Yong examines how frequently legislators discuss legislative inaction in their constituent newsletters and, when they discuss inaction, who do they blame. The results speak to the tensions legislators face between governing and engaging in partisan-based messaging.

Harbridge-Yong, L., with David Doherty. 2020. “The Effects of Blaming Others for Legislative Inaction on Individual and Collective Evaluations.” Legislative Studies Quarterly 45(1): 69-99.

Harbridge-Yong, L., with N. Bauer and Y. Krupnikov. 2017. Who is punished? Conditions affecting voter evaluations of legislators who do not compromise. Political Behavior 39(2): 279–300.

Why Do Legislators Reject ‘Half-Loaf’ Compromises?

How Do Partisans Navigate Elite Intra-group Dissent? Leadership, Partisanship, and the Limits of Democratic Accountability (WP-20-17)