Does Polarization Lead to Less Support for Democratic Norms?

Although affective polarization, or the extent to which members of one political party harbor negative feelings toward members of the other, has been on the rise in recent decades, we still do not know much about its political consequences. In a recent working paper, IPR political scientist James Druckman looks at one of its potentially dangerous effects—that of eroding Americans’ belief in democratic norms and values. Druckman and his co-authors surveyed nearly 4,000 Americans, selected randomly via the internet, to determine their levels of affective polarization. They also gauged their support for the separation of powers and the right to free speech, among others. They find that high support for democratic norms predicts liberal policy positions, suggesting that the Democratic Party, at least at this moment, is seen as the “pro-norm” party. This matches their finding that those Democrats who hold less negative views of Republicans tend also to have less liberal policy positions and to be less supportive of democratic norms. The researchers observe that voters seem to view democratic norms as “just another partisan issue,” suggesting a need for more widespread civic education about the importance of democratic norms. Druckman is the Payson S. Wild Professor of Political Science and IPR associate director. 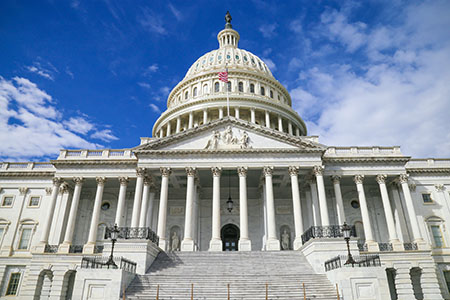 Do Americans wish for more viewpoints to be included in the legislation considered by Congress? In Legislative Studies Quarterly, IPR political scientist Laurel Harbridge-Yong and her co-author investigate how American voters respond to the legislative majority party’s agenda setting—the control of which proposals are debated and voted upon. In two survey experiments, participants viewed mock newspaper articles discussing proposed legislation and answered questions about their perceptions of the legislative process. A third experiment examined participants’ responses to more general characterizations of which proposals received attention or were ignored. The first two experiments focused on criminal justice reform and energy policy respectively, and the third experiment asked general questions about government agenda-setting and fairness. The authors hypothesized that majority-party supporters would support their party’s legislation regardless of ignored alternatives, while backers of the minority party would be less supportive when minority or bipartisan-backed proposals were ignored. However, they found that all subjects, regardless of political identity, were skeptical of legislation when they learned alternative proposals from the minority party or from bipartisan groups had been ignored, showing that fairness in the legislative process is important to the public. These findings suggest that Americans value inclusion and accountability in politics. The researchers also note that 59% of survey respondents thought that there is little or no news coverage of alternative policy proposals, which suggests that important intermediaries are not helping voters understand the winner and losers in the legislative process.

The Impacts of COVID-19 on U.S. Political Polarization 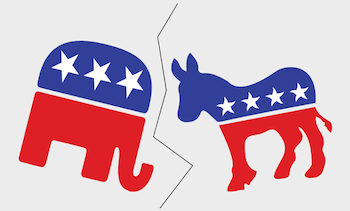 Congress has become increasingly polarized, leaving little middle ground in the ideological center, yet recent evidence suggests that bipartisanship has continued even if somewhat diminished. How do the electoral incentives against bipartisanship square with the continuation of bipartisanship in lawmaking? In an IPR working paper, Harbridge-Yong and her colleagues assess whether there are direct legislative benefits from engaging in bipartisan activities by looking at the relationship between members’ records of working across the aisle and their effectiveness at lawmaking. The researchers analyze the Legislative Effectiveness Scores (LES) of every member of the U.S. House of Representatives and the U.S. Senate who served in the 93rd–114th Congresses between 1973–2016 and track how often their bills drew in co-sponsors from the opposing party. LES is a measure of how successful elected officials are at advancing their legislative agenda by introducing bills, receiving action in committee, passing in it in their chamber, and ultimately becoming law. The authors find that bipartisanship works, and members who gain support from legislators across the aisle as co-sponsors on their bills are more successful at moving them through committee and into law. Being a bipartisan co-sponsor also puts legislators in the position of receiving more bipartisan support for their own agenda. The researchers propose that if lawmakers want to be more effective, one way is to become more bipartisan in their legislative coalitions. 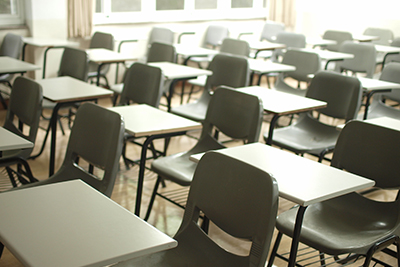 In 2012, the Chicago Public Schools board initiated the largest wave of school closures in U.S. history, predominantly affecting the city’s Black residents even though they only made up 48% of the public school population. In American Political Science Review, IPR social policy expert Sally Nuamah and researcher Thomas Ogorzalek investigate how racially concentrated policy changes in communities translate to political action. To compare changes in political behavior before and after the school closures, they examined responses to the Cooperative Congressional Election Study, which included the respondents’ ZIP code and questions about political participation, and a dataset of precinct-level results from the Chicago Board of Elections and spatially joined Census data. They also created an original dataset of schools closed in Chicago in 2012–13 to show voters’ proximity to a community affected by school closures. They find Black residents near a school closure became more likely to attend community meetings, mobilize to support a ballot measure for an elected school board, and decrease their support for Mayor Rahm Emanuel, who had control over public school policy, in the 2015 election. Political participation in areas affected by school closures increased more than in other areas of the city—largely driven by Black residents from some of the city’s poorest neighborhoods who rarely participated before. These results support a model for place-based mobilization, or the process by which citizens respond to policy change concentrated in their community. This research highlights the role of a local community as a site of political action for marginalized groups around issues that matter to them.

Do nearby school shootings change how people vote? Political scientist and IPR associate Ana Arjona, former IPR graduate research assistant Matthew Lacombe, now at Barnard College, and Laura García-Montoya of Notre Dame examine the 117 “rampage” school shootings that took place in 40 U.S. states between 1980 and 2016 to see if they altered voting behavior in presidential elections. Rampage shootings are defined as those that happen in a school, include indiscriminate victims, are not motivated by terrorism, domestic, or gang violence—and are widely publicized. During the years studied, there were on average 3.2 rampage shootings per year, with a jump in number since 2011. The researchers estimate the effects of the school shootings by comparing the voter turnout and party vote share in counties where a shooting happened with those in counties without school shootings. They find that school shootings do not affect voter turnout. However, school shootings have a significant effect on electoral choice: The share of votes for Democratic candidates in affected counties increased, on average, by 4.51 percentage points following a shooting. This is a notable shift in an era of partisan polarization and close presidential elections. The researchers suggest that these horrific events may help voters update their views on where the parties stand on the issue of gun control and that voters reward or punish parties based on policy considerations, at least in this case.