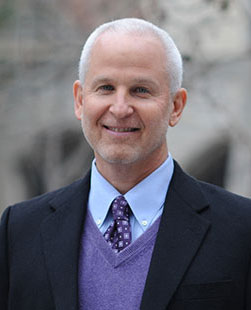 Morton Schapiro began his term as Northwestern University’s 16th president on September 1, 2009. An economist, he is among the nation’s leading authorities on the economics of higher education, with particular expertise in the area of college financing and affordability and on trends in educational costs and student aid. He has testified before U.S. Senate and House committees on economic and educational issues and is widely quoted in the national media on those topics.

He has written more than 100 articles, and he has written and edited nine books including Cents and Sensibility: What Economists Can Learn from the Humanities (Princeton University Press, 2017), co-authored with Northwestern professor and eminent literary critic Gary Saul Morson.

He has received research grants and contracts from the National Science Foundation, U.S. Department of Education, World Bank, Spencer Foundation, Andrew W. Mellon Foundation, College Board, Organization for Economic Cooperation and Development, and other groups to study the economics of higher education and related topics. In 2010 he was elected a fellow of the American Academy of Arts and Sciences, and in 2017 he was elected a member of the National Academy of Education.

Schapiro is a professor of economics in Northwestern’s Judd A. and Marjorie Weinberg College of Arts and Sciences and also holds appointments in the J. L. Kellogg School of Management and the School of Education and Social Policy.

Previously, Schapiro was president of Williams College from 2000–09. Earlier he served as a member of the Williams College faculty from 1980–91 as professor of economics and assistant provost. In 1991, he went to the University of Southern California, where he served as chair of its Department of Economics until 1994 and then as dean of the College of Letters, Arts and Sciences until 2000. During his last two years as dean, he also served as the university’s vice president for planning.

He received his bachelor’s degree in economics from Hofstra University and his doctorate from the University of Pennsylvania.

Morson, G. S., and M. Schapiro, eds. Cents and Sensibility: What Economists Can Learn from the Humanities. Princeton University Press (2017).

McPherson, M., and M. Schapiro, eds. College Success: What It Means and How to Make It Happen. College Board (2008).

McPherson, M., and M. Schapiro. Selective Admission and the Public Interest. College Board (1990).

Schapiro, M. Filling Up America: An Economic-Demographic Model of Population Growth and Distribution in the 19th-Century United States. JAI Press (1986). 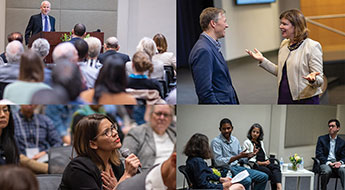