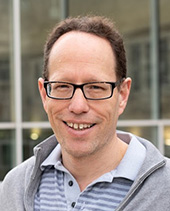 Social demographer Lincoln Quillian is interested in social stratification, race and ethnicity, urban sociology, and quantitative research methods. Most of his research has focused on how social structure and group demography influence inequality, intergroup attitudes, discrimination, and neighborhood segregation. He has published articles on the effect of the relative size of racial minority groups on racial attitudes, patterns of migration that underlie segregation on the basis of race and income in American cities, correspondence between audit measures of discrimination and survey measures of prejudice, racial segregation in adolescent friendship networks, and the influence of racial stereotypes on perceptions of neighborhood crime levels.

Recently, he has published on how multiple forms of segregation combine to produce neighborhood poverty concentration and on understanding racial discrimination in hiring through meta-analysis of field experiments. These projects have appeared as publications in a number of journals in sociology, demography, and social psychology.

Household Migration and System Dynamics of Residential Segregation. Quillian is applying models that consider migration as a process of matching between individuals and neighborhoods, with multiple dimensions of households and neighborhoods governing the match produced. He is exploring the use of these models to better understand the factors that produce racial and economic segregation across American neighborhoods. He is also using these migration models as the basis of simulations of mobility that produce segregation. Finally, he is working to better understand the strengths and limitations of analysis of migration rates for understanding the causes of segregation.

Quillian, L., and A. Midtbøen. 2021. Comparative perspectives on racial discrimination in hiring: The rise of field experiments. Annual Review of Sociology 47:391–415.

Quillian, L., A. Health. D. Pager, A. Midtbøen, F. Fleischmann, and O. Hexel. 2019. Do some countries discriminate more than others?  Evidence from 97 field experiments of racial discrimination in hiring. Sociological Science 6:467–96.

Quillian, L., D. Pager, O. Hexel, and A. Midtbøen. 2017. Meta-analysis of field experiments shows no change in racial discrimination in hiring over time. Proceedings of the National Academy of Sciences 114(41): 10870–75.

Quillian, L. 2017. Segregation as a source of contextual advantage. RSF: The Russell Sage Foundation Journal of the Social Sciences 3(2): 152–69. 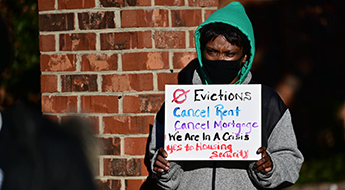 At a moment of promise and peril, IPR experts offer insights to key policy prescriptions 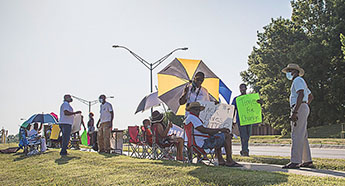 Comparative Perspectives on Racial Discrimination in Hiring: The Rise of Field Experiments (WP-20-46)