Racial Discrimination in Hiring Across the Globe

What role do race and ethnicity play in hiring discrimination? In a study in the Annual Review of Sociology, IPR sociologist Lincoln Quillian and Arnfinn Midtbøen of the University of Oslo examine over 140 field experimental studies of discrimination in the hiring of various racial and ethnic groups across 30 countries. All studies compare fictitious job applicants who have similar resumes, except that one applicant appears to be White and the other 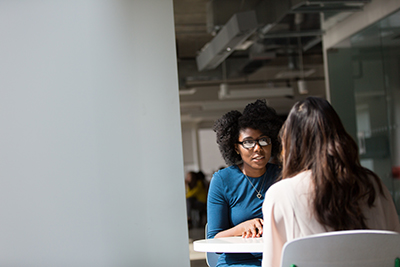 Narratives about Africa as dark, depraved, and diseased justified the exploitation of African land and people, and may still influence people’s fears about disease. In a working paper, IPR political scientist James Druckman and his colleagues investigate whether people are more worried about diseases from Africa than elsewhere and what are the consequences for their policy preferences. In three separate experiments, they questioned 1,803 participants about a fictitious disease in several countries including one in Africa. The results show that people report greater worry about a pandemic originating in Africa compared to other regions and greater support for a travel ban and loosening abortion restrictions for a pandemic that supposedly affected pregnant women and their fetuses. In an examination of 1,475 articles from nine U.S. newspapers about the 2015–16 Zika pandemic, they find that articles that mentioned Africa were more negative in tone. After the outbreak of COVID-19, they conducted a survey similar to their three earlier experiments of 1,200 people to evaluate their worry about the pandemic. Respondents were more worried about COVID-19 and more supportive of a travel ban after reading about COVID-19’s impact on an African country versus one in Europe. These data suggest that reactions to pandemics are not reasoned but racially biased. The researchers argue that worries about pandemics are legitimate, but policies should not be guided by racist narratives. Druckman is the Payson S. Wild Professor of Political Science and IPR associate director.

In their working paper, Northwestern PhD candidate James Wages, IPR associate Sylvia Perry, and their co-authors examine how certain races are commonly associated with different risk-taking levels and the consequences of racializing risk-taking. Among 1,603 mostly White Americans and across five studies, the key findings show people envision risk-takers as Black more than White and associate reckless risk-takers with stereotypically Black traits. The fourth study demonstrated the costliest implications. The researchers showed people images of a supposedly responsible or reckless investor based on the mental images constructed from Study 3 and evaluated if people discriminated against an investor they thought looked reckless and was Black. Participants allocated more of their financial investment to the responsible risk-taker (racialized as White). The researchers argue that understanding an individual's thoughts about risk-takers is particularly important in professions that quickly analyze risks, such as healthcare, financial lending, and policing. For example, police officers typically use force under risk and pressure, and Black stereotypes may facilitate their discrimination. Or within healthcare, doctors tend to characterize Black patients as less likely to follow their recommendations and more likely to abuse drugs, which may lead to poorer quality of care.

Public Perceptions of Girls and the Punitive Consequences

Black women and girls are punished—through suspension, arrests, and incarceration—at alarmingly higher rates in the United States. In an IPR working paper, social policy expert Sally Nuamah investigates the public perceptions shaping the punitive experiences of Black women and girls. In a survey experiment of 1,466 adults conducted in March 2020, she presented participants with a scenario in which a student violated the school’s dress code policy by wearing shorts. They were randomly presented with one of four names common among particular racial and gender groups—Keisha (Black girl), Emily (White girl) Jamal (Black boy), and Jake (White boy)—as the violator of the dress code. The participants were then asked a series of questions about their perception of the student. The findings show participants perceived Emily and Keisha as older than the male students, but Keisha was viewed as significantly more dangerous, experienced with sex, and appropriately punished for violating the dress code by being suspended. The results reveal that Black girls suffer from more severe forms of punishment because of their gender and race. This work has serious implications on research related to the impacts of Black women and girls’ punishment for democracy at large.

In the first wide-scale examination of Native American inequality in 30 years, IPR sociologist Beth Redbird is examining the ways in which changing tribal structures and processes are affecting well-being and inequality. Since the last study of this scale, there have been multiple important developments across Native American lands and tribes, including gaming, energy projects, expanded health and social services, and the advent of tribal colleges. Redbird is using the Decennial Census, American Community Survey, Current Population Survey, and General Social Survey, paying particular attention to whether shifts in inequ 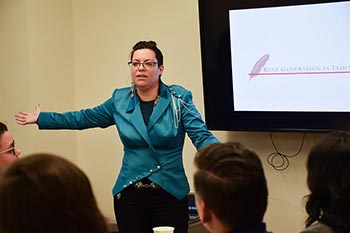 ality are seen between different tribes or between members of the same tribe. She presented some of her findings in a seminar co-sponsored by IPR and the Center for Native American and Indigenous Research (CNAIR). She reported that although Native American communities have invested substantially in education, the employment rate and wage growth have both declined. Overall changes in the U.S. economy have especially impacted Native peoples, Redbird notes, including the loss of a large number of jobs in construction and manufacturing, the decline of the minimum wage, and the increase in unstable employment.