Trained as a political scientist, Sally Nuamah’s research sits at the intersection of race, gender, education policy, and political behavior. Her work is focused on using both quantitative and qualitative methods to examine the political consequences of public policies across the United States, as well as in Ghana and South Africa.

Nuamah’s first book, How Girls Achieve (Harvard University Press, 2019), has been reviewed in several peer-reviewed journals and received multiple national awards. She also produced an award-winning documentary, Herstory: Educate a Woman, Educate a Nation, and gave a popular TedX talk based on her work producing the film. Media outlets such as the Washington Post and Salon have written about her research findings. In addition to her work as an academic, she is the founder of the TWII Foundation, which provides college scholarships for low-income girls in Ghana.

Nuamah's forthcoming book, Closed for Democracy, investigates the political consequences of mass closures on African Americans' relationship with government. Her newest research is focused on the punitive experiences of black women and girls and its political impacts.

Nuamah received her PhD in political science and methodology from Northwestern in 2016. Previously, she was an assistant professor at Duke University from 2018-2019, a postdoctoral fellow at Harvard from 2016-2017, and a fellow at Princeton from 2016-2018. The recipient of numerous academic and public awards, she was recently named to Forbes’ “30 under 30” in Education and in 2019 received a prestigious Andrew Carnegie Fellowship.

The Politics of Public School Closures. In 2018, nearly 2,000 U.S. public schools closed—twice the number of schools closed only a decade earlier. An increasing number of these closures occurred in large cities such as Chicago and Philadelphia, where approximately 90% of those affected were either African American or Latinx. What are the consequences of school closures for democracy when schools are supposed to play an integral role in reducing inequality, translating civic skills, and improving political participation? In this book project, Nuamah investigates citizens’ attitudes on school closure and how they’re structured by race, how those attitudes shape broader political opinion, and the overall effects of school closure on citizens’ political engagement. Last, she addresses the normative implications of public school closure in terms of socioeconomic and racial inequality. The insights revealed by Nuamah’s work are critical for improving citizens’ experiences with democratic processes and practices.

The Political Consequences of Punishing Black Women and Girls. Black women have higher rates of political participation compared to all other sociodemographic groups in the United States, and women with higher levels of education and their families typically fare better economically. Black girls, however, are suspended from school at higher rates compared with white girls and boys. In this project, supported by her Carnegie Fellowship, Nuamah will explore if those disproportionate experiences with punishment, and black girls’ negative involvement with institutions such as criminal justice and education systems, could depress rates of political participation among black women—and what this might ultimately mean for democracy itself.

Nuamah, S. Forthcoming. The cost of participating while poor and Black: Toward a theory of collective participatory debt. Perspectives on Politics. 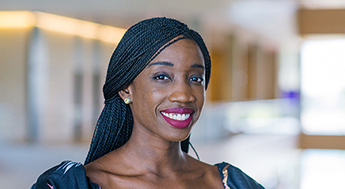