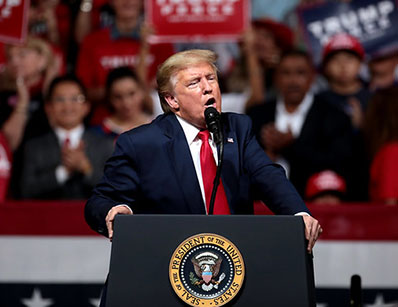 In a study published in the International Journal of Political Economy, political scientist and IPR associate Benjamin Page and his colleagues explore the importance of economic factors to Trump voters and try to resolve tensions between sociologists and economists who tend to offer different explanation of Trump’s victory. Using both aggregate data and survey data from the American National Election Study (ANES), they examine the primary and general 2016 elections  and find that both racial resentment and sexism were important factors in voting for Trump, but so were economic concerns. Desires to limit imports, in particular, were important to those who voted for Obama in 2012 and switched to Trump or abstained from voting in 2016. The aggregate data on economic and social characteristics of Congressional districts show strong connections between various measures of economic distress and voting for Trump. Overall, the findings indicate that while social anxieties and resentments were important, economic factors were also central to Trump’s success. Moreover, the social and the economic were intertwined, both in Trump’s rhetoric and in the minds of many voters, especially concerning immigration. Indeed, economic distress may have been an important cause of social resentments. This research suggests that right-wing populism might be combated by focusing on progressive economic policies. Page is the Gordon Scott Fulcher Professor of Decision Making.

In the British Journal of Political Science, IPR political scientist John Bullock proposes that a high-school education may impact economic attitudes, such as supporting welfare programs. To test his hypothesis, he looks at the connections between schooling laws, educational outcomes, and economic attitudes among adults required to attend school for 8–10 years or more than 10 years between 1910–2010. Using datasets from the American National Election Studies (ANES) and the General Social Survey (GSS), Bullock examines six attitudes about redistribution: redistribution from the rich to the poor, redistribution from high-income people to low-income ones, whether the government should ensure full employment and a good standard of living, government-provided health insurance, whether the government should do everything possible to improve the standard of living of all poor Americans, and welfare. He finds that an extra year of high school makes people's redistribution attitudes 3 to 6 percentage points more conservative on all items except welfare. Thus, increasing the strictness of schooling laws has a conservative effect on economic attitudes. To explain why, he investigates how education impacts people's self-interest, meaning the factors, such as income or employment, that decrease the chance that one will benefit from redistribution. Bullock's self-interest evaluation shows that high school increases income, employment, marriage, and verbal ability, which is consistent with the claim that education reduces dependence on redistributive policies.

Scientific misinformation about COVID-19 can have serious health consequences if people ignore health advice. In an IPR working paper, IPR political scientist James Druckman and his colleagues, who are part of the State of the Nation survey on attitudes about the pandemic, study which groups are most likely to be misinformed about COVID-19. The researchers conducted a national survey of 18,132 respondents from May 16 to June 1, 2020, representing the country on key demographics including gender, age, race and ethnicity, education, and U.S. region. They asked participants whether a series of statements about COVID-19 were inaccurate or accurate and then about the effectiveness or ineffectiveness of ways to prevent the virus. The results reveal that minorities, highly religious people, and those with strong partisan identities–across parties–show significantly greater levels of misinformation than those with contrasting group affiliations. Notably, African Americans, who are at higher risk for contracting severe cases of coronavirus due to underlying health conditions in the population, are more misinformed about the virus compared to White Americans. Druckman and his colleagues highlight the urgency in developing targeting messages for these groups, especially high-risk populations. Further study is needed to understand the thinking process of highly religious and partisan individuals to shed light on why they are more likely to be misinformed.  Druckman is the Payson S. Wild Professor of Political Science.

The COVID-19 pandemic has coincided with a global “infodemic,” or an overabundance of misinformation online during a pandemic, which can have serious consequences for individuals’ health behaviors. In International Journal of Public Opinion Research, communication and policy scholar and IPR associate Erik Nisbet and IPR associate research professor Olga Kamenchuk study the relationships between news media and digital media use and holding false beliefs about COVID-19 in Russia, an authoritarian country. During the first three months of the pandemic, Russian state-controlled media promoted misinformation that downplayed the pandemic and said the COVID-19 virus originated in a Chinese or American lab, although online news, blogs, and social media offered more credible information. The researchers looked at a survey of 1,600 Russians that asked how often respondents received information from news media and digital media and about their misinformed beliefs about COVID-19. They were also asked questions to evaluate the participants’ informational learned helplessness (ILH), a concept the authors developed to describe when people experience a prolonged difficult situation that they cannot alleviate and accept it as a given. The researchers find higher rates of ILH made people more likely to endorse false beliefs about COVID-19, regardless of whether they read state-controlled or digital media. The results highlight how people who feel helpless to discern the truth may be the most vulnerable to misinformation. The researchers note that belief in misinformation about the severity of COVID-19 could sway whether Russians get vaccinated and the belief that the virus originated in a U.S. lab could sour relations between the two countries. 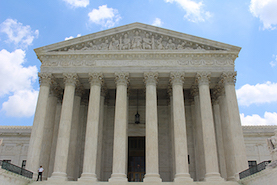 Many in the U.S. are concerned about the state of democracy in the U.S. with increased political polarization, extremist candidates, and weakened civil liberties. In American Politics Research, political scientist and IPR associate Jordan Gans-Morse and his co-author investigate to what extent are Americans willing to sell their votes. In a nationally representative survey of 1,000 individuals conducted between Nov. 5­–6, 2016, they asked 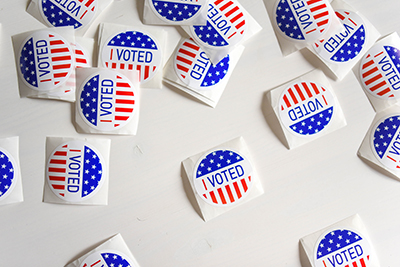 The Political Consequences of Depression

Depression has increased drastically during the pandemic, and some research suggests that there is a connection between depression and violence. In an IPR working paper, IPR political scientist James Druckman and his colleagues investigate whether and how mental health during the COVID-19 pandemic influenced Americans’ attitudes about domestic extremist political violence and the January 6 storming of the U.S. Capitol. The researchers interviewed 19,766 Americans from all 50 states in November 2020 after the presidential election and re-interviewed 2,044 of these participants a week after January 6, 2021. They asked respondents about whether they supported the Jan. 6 attack, their sympathy toward people who stormed the Capitol building, and their feelings about election violence in November 2020 and in January 2021. They also asked questions to understand respondents’ belief in conspiracy theories, their experiences with depression, and self-efficacy, or the belief that you have control over your environment. The researchers find that individuals suffering from moderate or severe depression who also hold conspiracy beliefs and/or have high levels of efficacy exhibit notable levels of support for violence. For example, a typical respondent who is severely depressed, efficacious, and conspiratorial had more than a 20% chance of supporting the attack on the Capitol versus a less than 1% chance for a typical respondent with none of these beliefs. The researchers argue that it is the combination of efficacy and/or belief in conspiracy theories along with the depression that determines the effect on support for political violence. Without one of those factors, depression, if anything, actually undermines support for violence. They conclude that it is essential to prioritize a policy response to address depression to mitigate support for political violence. Druckman is the Payson S. Wild Professor of Political Science.