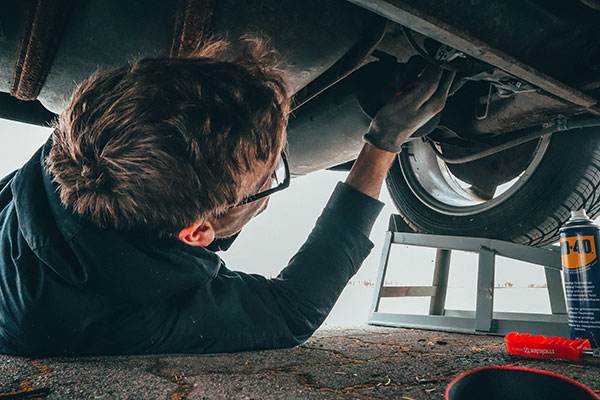 This month’s new research from IPR faculty investigates how supply disruptions led to a drop in community college enrollment during the pandemic, if and why fathers spend less on their daughters’ health and education than their mothers, and what factors encourage Syrian refugees to return home voluntarily. The research also explores whether a scientific topic experiences extraordinary growth when a research prize is associated with research on that topic, how to design groups of studies that investigate replication, and if a self-affirmation intervention can improve Black medical students’ wellbeing.

Enrollment Changes at Community Colleges During the Pandemic

During typical recessions, post-secondary institutions experience an increase in enrollment as young adults try to gain skills to be more competitive in the labor market. In a working paper, IPR economist Diane Whitmore Schanzenbach and Sarah Turner, of the University of Virginia, study how supply disruptions led to a drop in community college enrollment during the pandemic-induced recession, despite high unemployment rates. The researchers examine community college administrative records in fall 2020 representing about half of national community college enrollment. The researchers focused on assembly, repair, and maintenance (ARM) courses that require hands-on training, which were particularly disrupted during COVID because the training was harder to move online. Overall, they find that between 2019 and 2020, enrollment at community colleges dropped by 9.5%, mostly because fewer men enrolled. Furthermore, community colleges that typically enroll a higher share of students in ARM programs saw a larger drop in enrollment compared to other schools. The researchers suggest that because fewer workers have been trained in ARM skills, the flow of workers to local markets may be disrupted. This disruption could also encourage hands-on programs to adopt a hybrid model of teaching in the future using simulation technologies and learning tools to save money and allow for self-paced learning. Schanzenbach is the Margaret Walker Alexander Professor of Human Development and Social Policy.

Fathers’ Willingness to Spend Money on Their Daughters 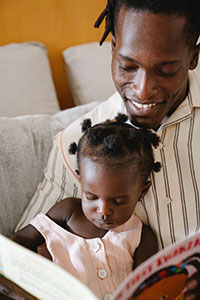 Do mothers and fathers spend different amounts of money on their children? In a working paper, IPR economist Seema Jayachandran and Rebecca Dizon-Ross of the University of Chicago examine if and why fathers spend less on their daughters’ health and education compared to their mothers. The researchers surveyed one randomly-selected parent from 1,084 households with children in rural Uganda in March–May 2013 and returned to 729 of the households to interview the other parent between September–October 2013. Respondents were asked whether they wanted to purchase an item for their children, such as a math workbook, shoes, medicine, a toy ball, or candy, for a variety of prices. They find fathers were less willing to spend money on their daughters compared to their sons when it comes to human capital items like math workbooks and medicine. Mothers spend slightly more on these items on their daughters versus their sons. Fathers’ willingness to pay for goods that bring enjoyment such as toys and candy was also lower for their daughters, suggesting that the difference is driven by preference, rather than a desire to invest in the human capital of their sons. Mothers showed no difference in their willingness to pay for items that brought enjoyment for their daughters compared to their sons. The results are similar to other research showing that men and women have same-gender favoritism for their children. Because husbands typically control more resources than their wives, this favoritism hurts girls. Gains in women’s influence in household decisions could help allocate resources more fairly between boys and girls.

For centuries, prizes have been awarded to scientists who display groundbreaking work in their respective fields. In Nature Communications, IPR associate Brian Uzzi, a management and leadership professor, and his co-authors explore whether a scientific topic experiences large, unexpected growth, also known as extraordinary growth, when a research prize is associated with research on that topic. They studied 405 scientific prizes given between 1970 and 2007 with respect to 11,539 scientific topics in 19 disciplines, analyzing them to test for extraordinary growth. They found that, relative to matched non-prizewinning topics five to ten years after the prizes were given, prizewinning topics had significantly more papers and citations, retained notably more scientists, and attracted more new scientists, including highly successful ones. Further, while the researchers found no association between funding and the extraordinary growth of a topic, they did find that prize characteristics, such as recency, discipline specificity, and monetary value, can predict the magnitude of a topic’s extraordinary growth. Uzzi’s and colleagues’ work suggests that prizes change scientists’ perceptions of the growth potential of a topic, increasing the amount of research and diversity of scholarship working on a topic. Uzzi is the Richard L. Thomas Professor of Leadership and Organizational Change. 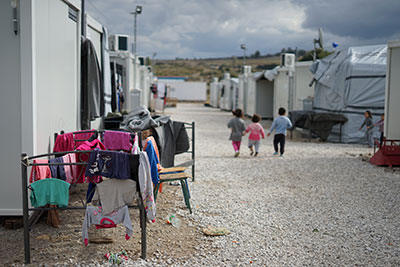 Nearly 5.6 million Syrians have been refugees since 2011, but only 1.8 percent returned to Syria voluntarily by 2018. With few refugees returning home, understanding return behavior can help policymakers understand what encourages an early, voluntary return to the refugees’ home country. In the Journal of Development Economics, IPR economist Lori Beaman and her colleagues analyze the refugees’ characteristics, living conditions in the host country, and conditions in Syria to parse out which factors may encourage refugees to return home. All the refugees in the sample left Syria between January 2011 and March 2018 and went to Lebanon, Jordan, or Iraq. The researchers used the Profile Global Registration System (ProGres) database of the United Nations High Commissioner for Refugees (UNHCR) to collect data on 2.16 million refugees. To determine conditions in the host country, Beaman and her co-authors used survey data from the United Nations. Then to determine conditions in Syria, the researchers collected monthly conflict activity, such as airstrikes and small fights, between January 2011 and August 2018, and nighttime light data to represent access to utilities. The researchers find refugees are more likely to return home if there is less conflict and if light conditions improve in Syria. Additionally, improved conditions in exile encourage refugees to return more than poor conditions in the host country. In fact, the researchers discover that poor conditions reduce the likelihood of return in some situations, such as food access. Understanding who stays is also important for the host country because it can help guide its economic welfare support and humanitarian interventions for refugees.

How to check research results in medicine, psychology, education, behavioral economics, and other fields by replicating the experiments in the original studies has been a significant issue for close to 20 years. Current standards for research replication include conducting multiple studies, rather than a single study, to see if the results of the original research will be reproduced. In the Journal of the Royal Statistical Society: Series A, IPR education researcher and statistician Larry Hedges and former IPR postdoctoral fellow Jacob Schauer, now at Northwestern’s Feinberg School of Medicine, turn to how to design groups of studies that investigate replication. They ask how many studies and how many subjects per study are necessary to ensure statistically sound results that are cost-efficient and use a meta-analytic tool in their approach. The authors argue that “approximate replication” is valuable and more attainable than “exact replication,” which may be too strict a measure, and propose methods that can be used to create optimal designs that have sufficient statistical power for approximate replication. They describe the design for two forms of studies—hypothesis tests and variance component estimation—and then evaluate them by testing a current research design for replication used by the Many Labs Project, which examined a psychology study on the “retrospective gambler’s fallacy.” Hedges and Schauer conclude that the Project’s design had sufficient power to identify some larger differences between the studies being analyzed, but that other designs would have been less expensive and/or produced more precise estimates or higher-powered hypothesis tests. Hedges is Board of Trustees Professor of Statistics and Education and Social Policy.

Addressing and Improving the Wellbeing of Black Medical Students 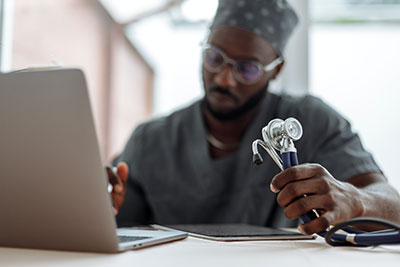 Self-affirmation interventions, when individuals indicate their own values or strengths, have been effective for Black students in many educational contexts, but they have not been tested in medical schools, where Black students also experience negative stereotypes that threaten their success. In the Journal of Social Issues, IPR psychologist Sylvia Perry and her colleagues test, for the first time, whether a self-affirmation intervention can improve Black medical students’ wellbeing. The researchers used an experimental design to randomly assign 234 Black and 182 White medical students from 50 U.S. schools to either the self-affirmation intervention group or control group. Between September 2014–May 2015, during their second year of medical school, the students received three online surveys. The surveys measured students’ feelings of wellbeing and belonging, their perceptions of being accepted into a top-10 residency (competitiveness), and their goal stability compared to White students over the academic year. The students in the self-affirmation group ranked their values and wrote about why their highest-ranked value was meaningful to them. The results show that Black students self-report more fatigue and less belonging than White students, and the intervention did not improve Black students’ fatigue, depression, anxiety, belonging, or perceived residency competitiveness. However, the research finds the intervention helps keep Black students’ residency goals consistent. Perry and her colleagues’ study underscores interventions are needed to support Black medical students’ success and address the underrepresentation of Black medical professionals in the U.S.