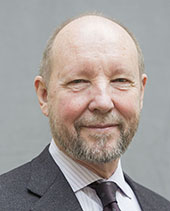 A national leader in the fields of educational statistics and evaluation, Larry V. Hedges joined the Northwestern faculty in 2005. He is one of eight Board of Trustees Professors at Northwestern, the university’s most distinguished academic position. He holds appointments in statistics, psychology, and education and social policy. Previously, he was the Stella M. Rowley Distinguished Service Professor at the University of Chicago. In 2018, he was selected to receive the Yidan Prize in Education Research.

Hedges’ research straddles many fields—in particular those of statistics, sociology, psychology, and educational policy. He is best known for his work to develop statistical methods for meta-analysis (a statistical analysis of the results of multiple studies that combines their findings) in the social, medical, and biological sciences. It is a key component of evidence-based social research. Examples of some his recent studies include: understanding the costs of generating systematic reviews, differences between boys and girls in mental test scores, the black-white gap in achievement test scores, and frameworks for international comparative studies on education.

Widely published, he has authored or co-authored numerous journal articles and eight books, including the seminal Statistical Methods for Meta-Analysis (with I. Olkin, Elsevier, 1985) and The Handbook of Research Synthesis and Meta-Analysis (with H. Cooper and J. Valentine, Russell Sage, 2019).

He is an elected member of the National Academy of Education and is a fellow of the American Academy of Arts and Sciences, the American Statistical Association, the American Psychological Association, and the American Educational Research Association. He is also a member of the Society for Research on Educational Effectiveness, which established an annual endowed lecture in his honor. He was selected to give the inaugural Hedges Lecture in 2016. Hedges was nominated by President Barack Obama to the Board of Directors of the National Board for Education Sciences, was confirmed by the U.S. Senate in June 2012, and was elected Chair of the Board in 2016. He was elected "Statistician of the Year" by the Chicago chapter of the American Statistical Association for 2013–14. In 2015, he received the Sells Award for lifetime contributions to multivariate research from the Society for Multivariate Experimental Psychology. In 2018, he became the third American to be elected an Honorary Member of the European Association of Methodology.

Training Institute on Randomized Controlled Trials in Education Research. Funded by the U.S. Department of Education's Institute of Education Sciences, this project, now in its tenth year, provides an intensive two-week summer institute for research professionals who desire advanced training in the design, conduct, and analysis of large-scale randomized experiments in education.

Methods for Studying Replication in Science. Replication is a central part of the logic and rhetoric of science, but the replicability of research is currently under question in fields as diverse as medicine and psychology.  Given the importance of replication, surprisingly little has been written about statistical methods for assessing replication. With the support of the National Science Foundation and the the U. S. Institute of Education Sciences (IES), this project seeks to develop more precise definitions of replication and statistical methods for evaluating whether a set of studies has demonstrated replication. It also focuses on development of principles for designing ensembles of studies to assess replicability of research findings.

State-specific Design Parameters for Designing Better Evaluation Studies. This project, supported by IES, seeks to use state assessment data systems to estimate design parameters (such as variance component  and intraclass correlation structures across school districts, schools, and classrooms) for use in multi-level study designs in education.  This includes work on how these design parameters differ across states. In addition, it is developing empirical evidence on other parameters that serve as checks on plausibility of design parameters (such as effect sizes and variance of treatment effects) that are important but cannot be estimated directly from survey or census data.

Methods to Protect Privacy in State Longitudinal Data Systems Research Files. The U.S. Institute of Education Sciences (IES) has spent over $600 million helping states develop longitudinal data systems to better understand (and improve) the functioning of American school systems, yet researchers face barriers to access of state longitudinal data systems due to concerns about protecting privacy and the Federal Education Rights and Privacy Act (FERPA). In this project, funded by the Spencer Foundation, IES, and NSF, and with the cooperation of over a dozen states, we are investigating methods to make large datasets available while protecting the privacy of individuals included in those datasets.

Hedges, L. V. & Schauer, J. (2019). More than one replication study is needed for unambiguous tests of replication. Journal of Educational and Behavioral Statistics, 44, 543-570.