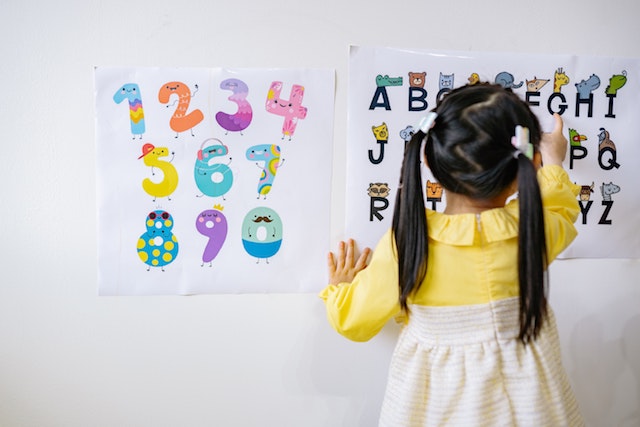 This month's new research from IPR faculty covers whether increased public K–12 school spending improves student outcomes, the threats facing Medicaid and the Child Health Insurance Program, and how a husband’s dominance in his wife’s health decisions varies geographically in sub-Saharan Africa and over time. Additionally, researchers examine the life expectancy gap between Black and White Americans compared to Europeans, how responsive parenting impacts young children, and which individuals are water insecure across diverse climates, geographies, and cultures.

The Distribution of School Spending Impacts on Student Outcomes

In a working paper, IPR labor and education economist Kirabo Jackson and IPR graduate research assistant Claire Mackevicius conduct a meta-analysis of 31 studies to identify whether increased public K–12 school spending improves student outcomes and, if so, by how much. Jackson and Mackevicius include all credibly causal studies, those which identify the causal impact of changes in school spending on student outcomes. They only include studies of policy changes if it is clear that policy changed school spending. The researchers find that 28 studies, over 90%, show positive impacts of school spending on student outcomes. Across standardized outcomes, they find that when school spending increases by $1000 (in 2018 dollars) and continues over four years, high school graduation increases by 1.92 percentage points and college enrollment increases by 2.65 percentage points. Additionally, Jackson and Mackevicius uncover that school spending impacts educational attainment more than test scores, suggesting that only looking at test scores understates the long-term benefits of school spending. The benefits of increased capital spending take about 5 to 6 years to materialize, and the effects are about half as large as non-capital (instructional/operational) spending. A policy that increases school spending by $1000 per student for at least four years improves test scores and educational attainment over 91 percent of the time, clear evidence that money does matter. Jackson is the Abraham Harris Professor of Education and Social Policy.

The Threats Facing Medicaid and the Child Health Insurance Program 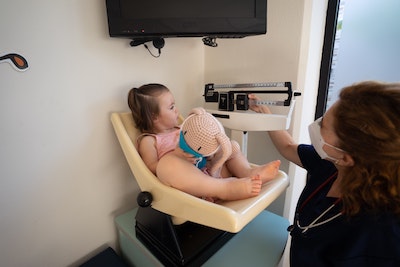 Healthcare economist and IPR associate Anna Chorniy and Princeton economist Janet Currie review how Medicaid and the Child Health Insurance Program (CHIP) have improved both children’s access to healthcare and their future lives in Academic Pediatrics. Since the 1990s, research has shown that Medicaid and CHIP have bettered poor children’s health and led to broader antipoverty effects on lifespan, education, and economic security. The authors examine Medicaid enrollment data, U.S. Census data, and state health data. While Medicaid benefits are not considered part of official poverty measures, the authors calculate that, in 2014, Medicaid and CHIP reduced the number of children in poverty by 22%. Despite this significant reduction, Chorniy and Currie find that the number of children enrolled in the programs began to decline in 2016 in many states—after rising for decades—increasing the number of children without health insurance. They identify the causes of the drop in children’s coverage as changes in states’ administration of the programs that made enrollment and continuation more difficult and federal administrative changes that discouraged immigrants from enrolling, compounded by anti-immigrant rhetoric. However, with the COVID-19 pandemic, enrollment in child Medicaid and CHIP grew over 5% between February and August 2020, and the 2020 federal CARES Act prevented states from ending Medicaid benefits. The authors recommend that public health insurance be measured as part of anti-poverty measures to better understand its role and eliminating administrative obstacles to accessing the programs. Further, they urge making Medicaid reimbursements comparable to those of private insurance and giving states additional emergency funding for Medicaid and CHIP during the pandemic. 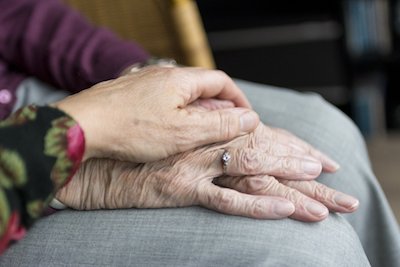 The Black Lives Matter movement and COVID-19 pandemic’s disproportionate impact on the U.S.’s Black population has shed light on the life expectancy gap between Black Americans and other Americans. In a study published in Proceedings of the National Academy of Sciences, IPR economist Hannes Schwandt, Northwestern undergraduate Beatrice Chao (2022), and colleagues from 17 U.S. and European research institutions in the U.S. and Europe examine mortality trends and racial gaps in the United States between 1990 to 2018 and compare them to six countries in Europe. The researchers compared mortality rates in 1990, 2005, and 2018 for Black Americans, White Americans, and Europeans from England, France, Germany, the Netherlands, Norway, and Spain. They looked at death rates for individuals across four age groups: 0 to 4, 5 to 19, 20 to 64, and 65 to 79. The researchers find that life expectancy increased for Black Americans across all age ranges in both high- and low-income areas, with the gap between Black and White Americans falling 48.9%. Despite these improvements, income-based life expectancy gaps remain starker in the United States than in European countries. Moreover, European mortality improved more strongly over the past decades and even economically advantaged U.S. populations, such as White Americans living in the highest-income areas, experience higher mortality at all ages than Europeans in 2018. The researchers argue that it is important to understand which medical, social, and policy developments helped to increase the life expectancy of Black Americans and how those changes can close the longevity gap between Black and White Americans in the following decades. Further, mortality rates of both Black and White Americans could fall much further in both high-income and low-income areas.

Women’s ability to make decisions about their own health is critical for their well-being, but many women around the world do not have autonomy over these decisions. In Demography, IPR sociologist Julia Behrman and her colleagues investigate how husbands’ dominance over the health decisions of their wives in sub-Saharan Africa varies geographically and over time. Using survey data from 28 countries in sub-Saharan Africa between 2001–2005 and 2010­–2014, the researchers created maps comparing husbands’ dominance in the health decisions of their wives between the two time periods within and between countries. The surveys asked women between the ages of 15–49 about reproductive health, well-being, education, and geographic location. Women reporting that their husbands were the main decision-maker decreased from 55% in the 2000s to 47% in the 2010s. They made more joint decisions with their partners, which increased from 20% in the 2000s to 36% in the 2010s. Western African countries had a higher prevalence of husbands’ decision-making dominance during both periods compared to Eastern and Southern countries, but it decreased overall in most countries. This decline was not the same within countries—husband’s decision-making dominance decreased in some areas between the 2000s and 2010s, while it increased in other areas, highlighting the importance of looking at the changes in countries from a spatial perspective. The researchers find education and living in an urban area were associated with greater decision-making power for women—likely because these are places where people are exposed to new ideas and gender norms. These results can help policymakers target interventions to areas where women’s participation in health decision-making is low and provide insights about what interventions could be most effective. 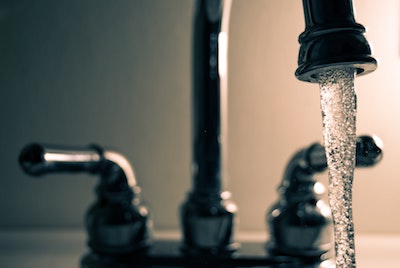 Many around the globe do not have access to water, but the lack of a cross-culturally equivalent scale for measuring water insecurity at the individual level has prevented large-scale data collection about those most vulnerable. In BMJ Global Health, IPR anthropologist Sera Young, IPR research associate Hilary Bethancourt, and their colleagues study whether the 12-item Individual Water Insecurity Experience Scale (IWISE) can work to measure water insecurity across countries. The researchers partnered with UNESCO-IHP Secretariat and Gallup, who conducted a national representative survey of 43,970 individuals from 31 low- and middle-income countries, including Brazil, China, India, and much of sub-Saharan Africa, as part of their World Poll. In the survey, run between September 2020 and February 2021, participants were asked questions such as how often they worried about having enough water and went to bed thirsty. The researchers find that the IWISE scale is reliable, meaning that the items in the scale work together consistently, and it performs equivalently across countries. The scale is also valid, accurately reflecting how the experiences of individuals' water insecurity differ across countries and among individuals within countries. This makes it the first tool to permit comparisons of individuals’ experiences with water access, use, and reliability across diverse climates, geographies, and cultures. The researchers write that the IWISE scale will allow for better data collection around the globe about water insecurity, which will enable practitioners and policymakers to tailor interventions to the most at-risk populations.

The Impact of Responsive Parenting on Young Children

Studies show responsive parenting—when parents are nurturing and respond appropriately and regularly to their children's needs—is linked to positive psychosocial, cognitive, and behavioral outcomes. Can it protect children of parents with PTSD from developing mental health symptoms? In Parenting: Science and Practice, developmental psychologist and IPR associate Lauren Wakschlag and her colleagues investigate whether responsive parenting can reduce the impact of mothers' PTSD symptoms on their children's depression, anxiety, disruptive behavior, and stress-related symptoms. The sample of the study included 242 mothers and their preschool-aged children from the NIMH funded MAPS study directed by Wakschlag. The families were multi-ethnic and stratified by poverty status. The study participants attended two lab visits, which included interviews and questionnaires about the mother's self-reported mental symptoms, partner violence, and childhood maltreatment, and the researchers observed the mother-child interactions, some involving stressful tasks. Wakschlag and her colleagues found responsive parenting was significant for buffering against a child's disruptive behavior and stress-related symptoms. However, maternal responsive parenting did not significantly impact the child's depression and anxiety. The study underscores the importance of recognizing maternal mental health as a malleable risk factor for young children. Additionally, the researchers suggest addressing both the parent-child relationship and parental mental health within early childhood mental health treatment to help parents develop responsive parenting techniques. 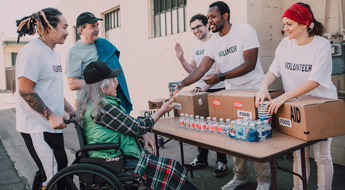