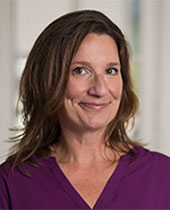 Methodologically, anthropologist Sera Young draws on her training in nutrition and medical anthropology to take a biocultural approach to understanding how mothers, especially in low-resource settings, cope to preserve their health and that of their families. She has spent much of the last decade studying food insecurity, especially during pregnancy and early childhood. Most recently, she has led efforts to develop the Household Water InSecurity Experiences (HWISE) Scale, a cross-culturally valid tool to measure household water insecurity. The HWISE Scale is currently being implemented globally, including by the Gallup World Poll, to benchmark water access and use. Some of her recent rewards include a 2019 Andrew Carnegie Fellowship and the Margaret Mead Award for her book about pica, Craving Earth.

Household-Level Water Insecurity. While much is known about how to measure food insecurity in households, little is known about how to measure water insecurity in households and its ensuing consequences. Young has led the development of the Household Water Insecurity Experiences Scale, a cross-culturally valid measure of household water access and use currently being employed by a range of non-governmental and multilateral institutions.

Food Insecurity. What role does food insecurity play in adverse maternal and child health and nutritional outcomes—especially when mothers and children are living with HIV? What are the types and magnitude of effects—and which of these are modifiable? How can food insecurity be mitigated amongst women and children in low-resource settings? To answer these questions, Young is conducting observational and intervention studies in Tanzania, Kenya, and Uganda.

Pica (Non-Food Cravings) and Health. Is pica—the craving and consumption of non-food items such as earth, charcoal, and ice—an adaptive response to health challenges? What is the relationship between pica and iron deficiency? Using data from East Africa, North America, and elsewhere, researchers have long observed that non-food cravings and iron deficiency are associated, but the nature of the relationship is unclear. Young is using a variety of in vitro and in vivo animal studies, as well as observational studies in human and nonhuman primates, to ascertain the mechanisms underlying this observation, and to test the two major physiological hypotheses about pica: supplementation and detoxification. 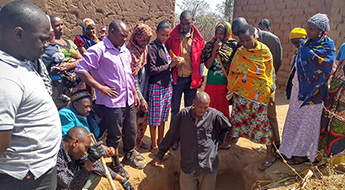