Pediatrician Finds His Research Calling as a Stay-at-Home Dad 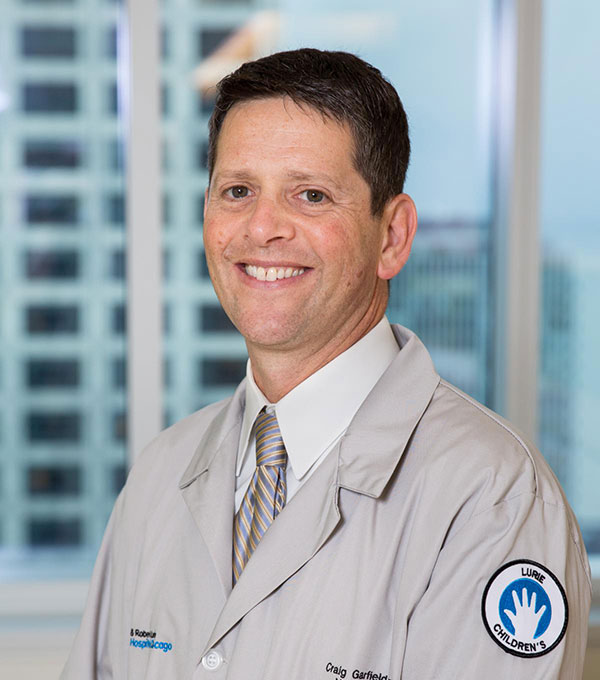 How did an English major working on a dairy farm end up as a pediatrician? IPR associate Craig Garfield began by deciding that he would prefer to help people rather than cows.

Going from English major to physician is unusual, “but a lot of what we do in medicine is hear people's stories and listen to their stories and figure out from their stories what the problem is,” Garfield said. “It’s an honor to actually hear the stories of patients and families and give testament to them.”

He chose pediatrics after starting a volunteer medical clinic for homeless people during medical school and listening to patients tell him about how one disastrous event—perhaps a death or an arrest—changed their lives. He concluded that if he wanted to prevent illness and other bad outcomes, he needed to concentrate on children’s care.

“I realized that pediatrics, for me, made a lot of sense because you can really make an impact at a much earlier age,” Garfield explained.

As a resident at Massachusetts General Hospital, he developed his interest in research as he began asking questions such as “Why does poverty make you sicker?” He came to see that the individual child he saw in the clinic was a “barometer of the wellbeing of the family.”

After his residency, he deferred his acceptance to the Robert Wood Johnson Clinical Scholars program at the University of Chicago to become a stay-at-home father to his 18-month-old son for a year.

“It just blew my mind and really influenced everything that I was doing,” Garfield said.

He was the lone father in an Evanston mom-tot program. He realized that he, his fellow pediatricians, and the medical establishment largely ignored the role of fathers in their children’s lives and the impact of children on fathers’ health and lives. This realization set his primary research interests.

Garfield employed his listening skills in qualitative interviews of fathers in the Fragile Families and Child
Wellbeing Study with the mentorship of then-IPR fellows Kathryn Edin and Greg Duncan, among others. He interviewed 35 fathers in couples from Chicago and Milwaukee. Many of these men, he explained, were known as “deadbeat dads,” unmarried, low-income, largely minority. He asked them about how having a child affected their health.

They reported that becoming a father had a positive impact on them.

“They tried to smoke less, drink less, they tried to avoid what they called a risky situation. So they weren’t standing on the street corner working a deal because they had this baby back at home,” Garfield said.

Garfield realized how fatherhood could be used to improve dads’ health and advocated for using fatherhood in
research into men’s health and to enable medicine to reach out to men. 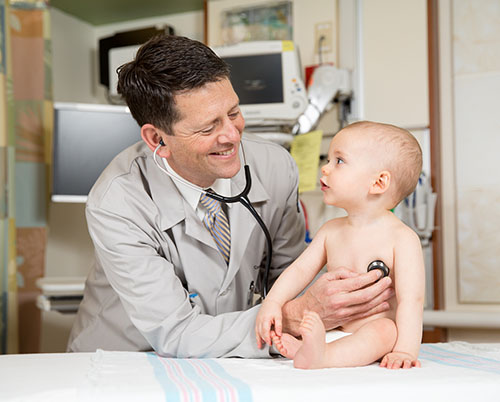 “I thought about this life course transition into being a parent as a lever for change,” he said, “that you could
really be using for the betterment of men’s health.”

Working with IPR colleagues Duncan, Thomas McDade, Emma Adam, and Lindsay Chase-Lansdale, he took this
research to the population level with a nationally representative, longitudinal study of more than 10,000 young men over 20 years. One analysis examined the influence of becoming a father on men’s body mass index, or BMI, and showed a new father gained 4.4 pounds on average. In another examination of the data, the researchers found that fathers who did not live with their families had more symptoms of depression than those who did. Such symptoms soared for resident fathers in the first five years of their child’s life by an average of 68%.

Garfield’s goal of including fathers in the routine care provided by pediatricians led to his development of the PRAMS (Pregnancy Risk Assessment Monitoring System) for Dads for the Centers for Disease Control and Prevention (CDC). The CDC has administered the PRAMS for mothers’ health in the weeks leading up to giving birth for over three decades. In 2016, Garfield piloted the PRAMS for Dads, the first systematic U.S. observation of the health of new fathers in the perinatal period.

“I’m really proud that we focused on the hard-to-reach population of the non-married dads,” he said, “because those are the ones that may need the most help making this transition, understanding their role as a new parent, supporting mom for breastfeeding, and engaging with their children.”

He also developed a way for fathers to report their involvement in their preschoolers’ health, the Father Involvement in Health-Pre-School (FIH-PS). After testing and validation, the measure was finalized with 20 items in four categories—acute illness, general wellbeing, emotional health, and role modeling. The FIH-PS is the first reliable measure for doctors and researchers to assess the role of dads in their preschool children’s health.

“Many years ago, I saw one of the dads of a premature baby [in the Neonatal Intensive Care Unit (NICU)] with one of these new iPhone things,” Garfield recalled. He thought, “There’s a lot of time in the NICU that parents are waiting, and how can we capitalize on that time for the betterment of the family and the baby?”

The new app, called SMART NICU2HOME, he developed provides families with updates on the newborn baby’s condition throughout the day. It also offers emotional support, such as stress-reducing techniques, and a private social media account to update others about the baby.

What began as a new app created for the NICU at Northwestern Medicine’s Prentice Women’s Hospital is now being developed for use in other hospitals’ NICUs for more diverse families, according to Garfield.

He now groups all his research in the Family and Child Health Innovations Program at Lurie Children’s Hospital (FCHIP). His focus on fathers now extends to other family members. The “F” is key to him because it moves beyond the traditional category of maternal and child health and includes fathers, grandparents, and more of the child’s family.

“Our tagline is ‘children thrive when families thrive’ because I believe that wholeheartedly,” he said.

Craig Garfield is professor of pediatrics and of medical social sciences and an IPR associate.