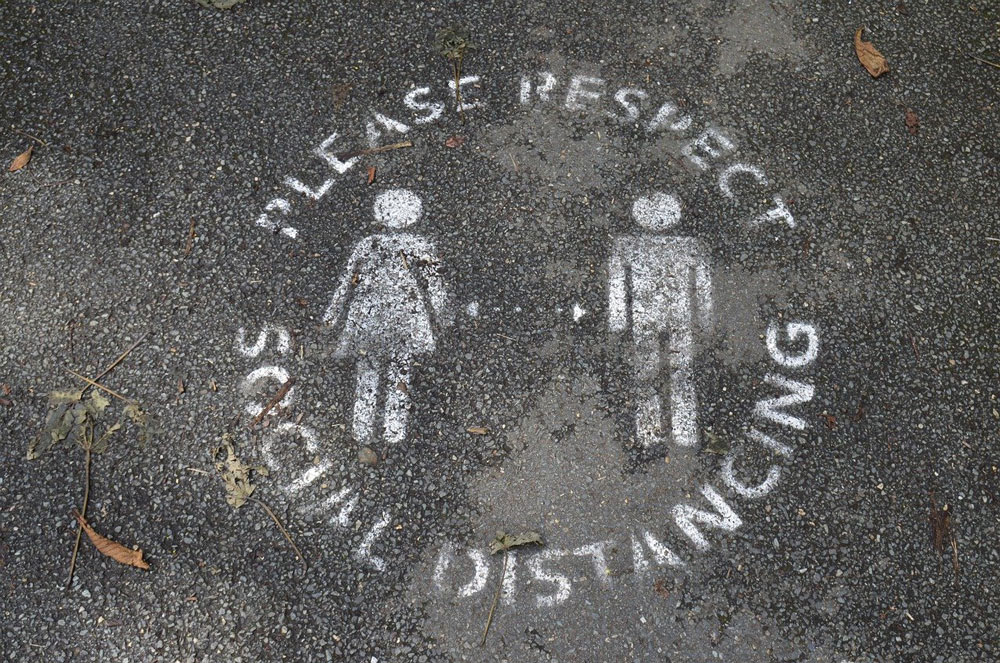 As the United States waits to see how high already grim rates of COVID-19 will go after Thanksgiving, a new survey shows that the states with the lowest levels of social distancing behaviors and mask wearing since the pandemic started are enduring the most severe outbreaks now.

Researchers tracked how closely more than 139,000 people followed public health recommendations over 10 waves of surveys from April to November 2020 in every state plus the District of Columbia.

“The findings suggest preventive behaviors payoff—maintaining physical distance and wearing masks correlate with fewer cases, said IPR political scientist James Druckman. “The concern is that many preventive behaviors, other than mask wearing, seem to be on the decline.”

Druckman co-leads the research project investigating the impact of COVID-19 conducted by a university consortium between Northwestern, Harvard, Northeastern, and Rutgers. The consortium also created a specific report on Illinois available here.

Adherence to social distancing guidelines to slow the spread of the disease—such as avoiding people outside of the home, steering clear of crowded places, washing hands, and disinfecting surfaces—dropped across the entire country between April and November 2020. Survey respondents who reported being in a room with people outside of their homes over the last 24 hours jumped from 26% in April to 45% in October.

The significant exception to the pattern is mask wearing, which increased through the end of August and has held steady since then, with about 77% reporting they are wearing masks.

Differences in how closely residents of different states are sticking to health recommendations strongly links to the rate of COVID-19 cases for their state. States with lower levels of compliance have higher rates of cases. For example, Wyoming ranked last among the states for social distancing during the fall and registered over 113 new COVID cases per 100,000 people on November 26. By contrast, Vermont, which ranks the highest for maintaining social distancing, registered fewer than 14 new cases per 100,000.

Women and those with more education were more likely to wear masks and to adhere to social distancing guidelines across the months. Young people followed social distancing and mask wearing at lower rates than those over 65 and stopped doing both more quickly. By the fall, just 31% of 18–24 year olds practiced social distancing, down from 78% in the spring.