In the U.S., food insecurity is more than two times what it was prior to COVID-19 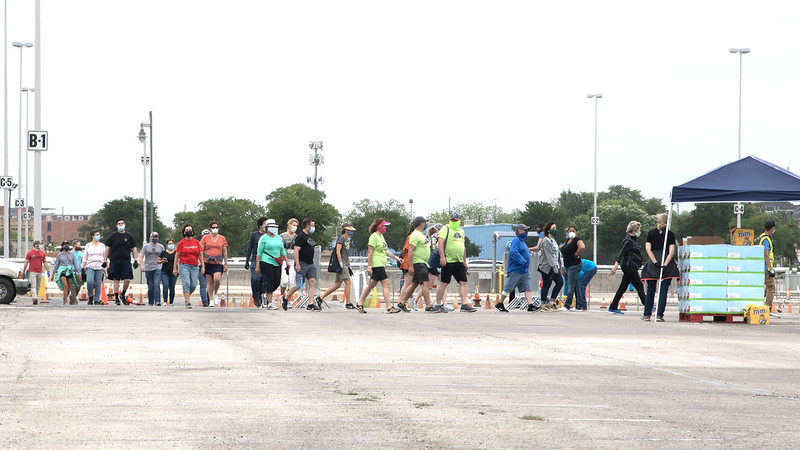 Volunteers arrive to distribute food at the San Antonio Food Bank in Texas.

The COVID-19 crisis has not impacted everywhere in the U.S. equally, and to evaluate this as demonstrated by disparate food insecurity rates by state. The Census’s Household Pulse Survey (CHHPS) contains respondents from all 50 states, so we can do the same exercise of translating food insufficiency into food insecurity in all 50 states using an analogous conditional means approach with the CPS-FSS.

In the U.S. overall, according to the CPS-FSS, food insecurity during COVID-19 is 2.12 times what it was prior to the onset of the national health emergency. (See the complete table below.)

Food Insecurity and Emergency Food Use, by State and District of Columbia

Diane Whitmore Schanzenbach is the Margaret Walker Alexander Professor and IPR Director. Abigail Pitts is a research analyst. Read the full report, "How Much Has Food Insecurity Risen? Evidence from the Census Household Pulse Survey."