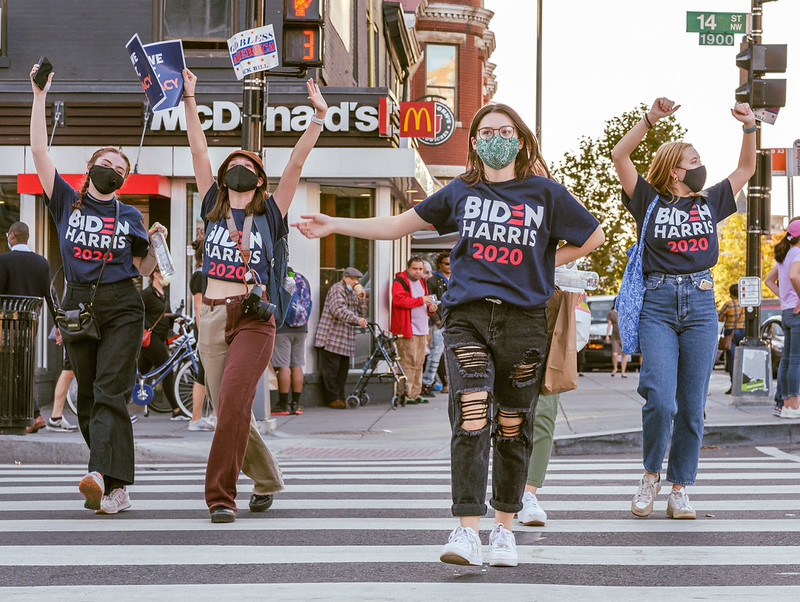 Biden-Harris supporters in Washington, D.C. celebrate the news on November 7.

Four days after Election Day on November 7, major news organizations called it for Joe Biden. On November 9, the Institute for Policy Research (IPR) gathered several experts to examine what the results might mean for the economy, polarization and partisanship, misinformation and voting, and protests and policy.

Even with the election called, however, “There’s still a lot to unpack about this election,” said IPR political scientist Daniel Galvin, an expert on presidential party building who moderated the panel.

“It is pretty unusual for an incumbent president to lose reelection, especially when the president’s party has only served one term in the White House.” Galvin said in framing the discussion. Donald Trump is only the second such president to lose in the last 128 years. Jimmy Carter was the first.

Although the loss might be seen as a “repudiation” of Trump, down-ballot elections “tell a different story,” Galvin said. Democrats did not takeover the Senate as they had hoped, with control hanging on the outcome of the two seats in Georgia’s special election, and the Democratic majority in the House narrowed. Early reports find that compared to 2016, Trump gained support among Latinx voters and perhaps Black voters, and that he did better among high-income voters.

Galvin then welcomed the panelists, who tackled growing partisanship and polarization, misinformation and democratic engagement, the bleak picture on economic repercussions, and the possible sway of social activism over the new political landscape.

IPR political scientist James Druckman, who has organized IPR’s presidential election panel discussions since they started in 2004, zeroed in on the election’s highly polarized context. He focused on research showing the dramatic rise in the negative feelings supporters of one party feel for the other party’s followers, known as affective polarization.

He explained how affective polarization influenced key attitudes towards COVID-19 and democratic norms. The more they disliked Democrats, the less Republicans were likely to follow pandemic precautions. The opposite held among Democrats—the greater their negative feelings about Republicans, the more likely they were to follow precautions. Similarly, greater animosity led to more support for democratic norms among Democrats, but less support for them among Republicans.

IPR political scientist Laurel Harbridge-Yong went on to explain how over the last 70 years we’ve seen stark rises in polarization among members of Congress. While there used to be significant overlap between the positions of Democrats and Republicans and more moderates in office, this is no longer the case. And competition for party control has increased partisan conflict, even beyond ideological differences. 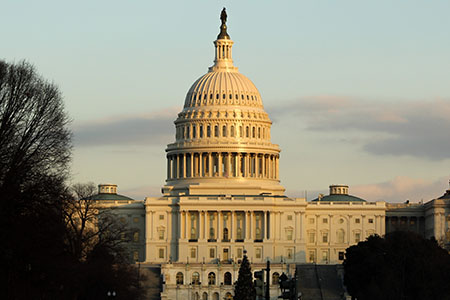 “Competition between the parties for majority control encourages the majority party to pursue what gets called “messaging bills,” so bills that convey positions to their base or interest groups,” Harbridge-Yong said. “But [they] have no chance at passage and the leadership knows this when they bring up the bill.”

She explained that because Democrats did not do as well as expected in the House and Senate, this will likely have implications for their legislative agenda moving forward. Because the Democrats have a smaller margin in the House and many seats they picked up in 2018 were won in competitive, Republican-leaning districts, legislators may not support the most partisan bills on key agenda items. The need to produce a record of legislative success may also force the Democratic Party leadership to bring more bipartisan legislation to the table.

“Bipartisan legislation or compromise might be good for governing, but they’re bad for messaging,” Harbridge-Yong argued. “There’s greater incentive for messaging when there’s heightened competition for majority control.”

She predicted that there will be more room for bipartisan agreement on issues that are essential to governing, such as budgeting and an economic response to the pandemic, but more partisanship around key party priorities like healthcare.

While the role of misinformation in the 2016 election caught most scholars, media pundits, and the public unawares, by November 2020, most everyone had caught up to how it might try to sway electors and voting, said communication scholar and IPR associate Erik Nisbet.

Nisbet pointed to a “wealth of studies” since 2016 that have increased understanding of the psychological, demographic, and other factors behind how and why people see, believe, and spread misinformation. But these studies might not help us understand its role in 2020. So he offered insights on five key questions to examine in the election’s wake.

First, does misinformation actually affect how a person votes? Current academic evidence is mixed, Nisbet said. But the good news is the methodological flaws of studies on the 2016 election have mostly been corrected now and experts are prepared to answer this question in 2020.

Second, what is the impact of media and information on voting? Nisbet offered that scholars should move beyond considering it simply as persuasion. Instead, they should consider possible indirect effects, for example, how it affects voter mobilization and turnout.

Third, are “third-person effects,” whereby voters think misinformation affects others, but not themselves and holds potentially devastating consequences for their perceptions about the integrity of the electoral process—and satisfaction with democracy itself.

“It might reduce their confidence in the actual outcome or results,” Nisbet said.

Fourth, Nisbet and his colleagues are asking whether misinformation about the 2020 promotes a willingness among Americans to tolerate election-related violence? It’s an important question in a post-election world where President Trump refuses to concede and fires off claims of unsubstantiated election fraud.

In a pre-election survey, about 20% of study respondents said they thought it was justified to some degree depending on who won. The question now is how that may have changed after the election and widespread misinformation about election fraud?

Last, if widespread misinformation increases the “cognitive cost” of figuring out what is true and what it not for audiences, does it create feelings of “helplessness” that lead people to “give up” and be more susceptible to it?

Nisbet concluded by offering that these impacts of misinformation, in contrast to 2020, may be more relevant after the election than before.

The 'Purple Puddle' and the Economy

2020’s expected blue wave wound up being just a “purple puddle”—one that will have far-reaching consequences for the U.S. economy and a Biden administration, said Northwestern economist Martin Eichenbaum.

The overwhelming priority for the incoming administration will be, of course, dealing with the coronavirus crisis, he said, but the election’s lack of a mandate and the ongoing recession will make it more difficult to advance any big new programs under a new president. 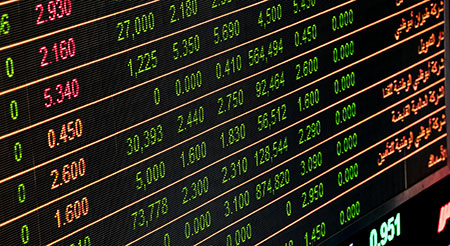 He pointed to “building a bridge over the COVID crisis” as a popular policy proposal for recovery; however, it will be a costly one in some of the most fiscally challenging times the U.S. has ever faced.

He then laid out “the hard, grinding reality of the numbers.”

The government enacted the costliest relief package ever—the $2.2 trillion 2020 CARES Act. At the same time tax revenues declined because of the dramatic recession. The net effect: The federal-debt-to-GDP ratio is projected to skyrocket by 2050 to 2.5 times that of what it was in 2019. To help square the circle, Eichenbaum noted that the Federal Reserve doubled its holding of treasury debt to 20%.

While pandemic unemployment is a bright spot at just under 7% now—down from a high of nearly 15%—it still remains higher than where it was in February at 3.5%.

State budgets are also in dire shape due to plummeting revenues. Since they cannot raise debt like the federal government, they have only two tough options—making cuts or raising taxes.

“So you put that all together, you have a slow recovery, massive federal debt, state revenue shortfalls, and divided government,” he said. “[I]t seems to me there's simply no chance of large new social initiatives.”

Activism also played an important role in the 2020 election after Black Lives Matter (BLM) protests surged over the summer. IPR political scientist Chloe Thurston said that 5% of adults participated in protests and did so during a pandemic, according to national survey results that Druckman worked on.

Social movements have a long history of mobilizing voters and trying to shape party platforms, she notes, pointing to the Tea Party, the evangelical influence on the GOP, the labor movement, and the Civil Rights movement. In this election, BLM hosted drive-in rallies, promoted text-banking initiatives, ran ads to increase voter turnout, and launched a pact to support candidates and legislation. But there can be risks in too close a connection between politicians and movements.

“There’s a risk of associating closely with a movement because they [politicians] don’t have a lot of control over events or messaging and this can create conflicts in a coalition,” Thurston said. “For a movement, the risk is their goals can get diluted as their positions are appropriated into mainstream politics.”

Thurston said that the Sunrise Movement, an environmental activist group, and BLM were both able to push for their priorities and influenced Biden’s policies on the environment and racial injustice as a candidate. She noted that about 20% of Americans said that the protests were the single most important factor in their vote, and roughly 90% of voters said they were a factor in their vote.

How can these groups with intense and controversial preferences see them turned into policy, Thurston asked? She anticipates there may be continued emphasis on tools that do not require Congress, such as executive orders. Activism is also unlikely to end.

“I wouldn’t expect an end to advocacy and activism on these issues or others even if public attention waxes and wanes,” Thurston predicted. “Organizers, however, are not naive about these different kinds of constraints and others and are generally pretty skeptical about the power of elections.”