U.S. Children Show Clear Evidence of Bias at the Intersection of Race and Gender 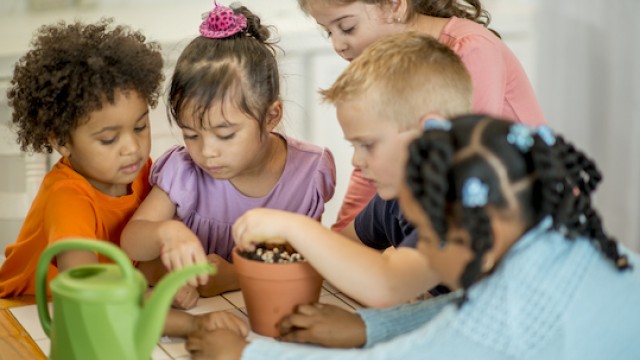 A study highlights the importance of addressing bias in a child's first years of life.

A Northwestern University study provides strong and consistent evidence of bias at the intersection of race and gender in 4-year-old children. The researchers examined 4-year-old children’s responses to images of other children who varied both in race (black and white) and gender (female and male).

The researchers found that although 4-year-olds generally responded positively to other children, their response to black boys was significantly less positive than their responses to children of any other group—black girls, white boys and white girls. This outcome, which mirrors harmful patterns of intersectional bias among adults, was exhibited by both white and non-white children and was not related to measures of children’s exposure to diversity.

This outcome constitutes the earliest evidence of bias at the intersection of race and gender. It highlights the importance of addressing social bias in children even before they have entered preschool or kindergarten.

“These results advance our understanding of the origins of social bias,” said Danielle Perszyk, lead author of the study at Northwestern and a former IPR graduate research assistant now at Google. “They showcase young children’s exquisite sensitivity to the interactions they observe in the world around them.”

These results also raise new questions. “To discover how children’s social and cultural environments shape the biases they come to hold, it is essential that we investigate how biases emerge among children from diverse racial, ethnic and demographic communities,” Perszyk said.

“The preschool years are key because they represent an ‘inflection point’ when children typically begin to interact more broadly with individuals beyond their families and close friends,” said Waxman, the Louis W. Menk Chair in Psychology in the Weinberg College of Arts and Sciences at Northwestern.

“This greater exposure affords children an opportunity to observe social biases evidenced in their communities. Evidence from 4-year-old children is also important because in contrast to the social biases held by adults, those of young children are highly malleable.”

In the study, the researchers adapted a classic implicit bias task that until now has been used with adults and older children, modifying it to accommodate 4-year-old children. The racial composition of the child participants mirrored those of their community (roughly 60 percent white and 40 percent non-white).

In the implicit task, children viewed images of black and white girls and boys. Each image was presented briefly and followed immediately with a neutral image (Chinese orthographic symbols). Children were instructed to say how much they liked that neutral image. Across two experiments, children favored the images following faces of white children over those following black children. But this pro-white bias was tempered by gender: Children rated neutral images significantly less positively if they followed pictures of black boys than pictures of any other group—black girls, white boys or white girls.

“This work raises crucial new questions,” Perszyk said. “For example, it will be important to broaden this empirical base by including more children from diverse racial, cultural and socioeconomic backgrounds and by examining the emergence of social bias in communities where race, majority status and social status may be less intertwined.”

Waxman agrees: “Identifying how social biases emerge in diverse racial, ethnic and demographic contexts will be essential for identifying how children’s social environments shape the biases they come to hold. In our view, this evidence will be key for raising the next generation with less pernicious racial and gender biases than our own.”

“Bias at the intersection of race and gender: Evidence from preschool-aged children” published online Jan. 24 in the journal Developmental Science. Additional co-authors include Ryan Lei of New York University, Galen Bodenhausen of Northwestern University and Jennifer Richeson of Yale University.

Sandra Waxman is a professor of psychology, Louis W. Menk Chair of Psychology, and an IPR fellow.

This article was written by Hilary Hurd Anyaso and originally appeared on Northwestern Now.