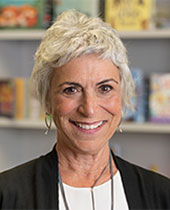 Sandra Waxman is a cognitive psychologist specializing in three key research areas: How language and cognitive development unfold from the first months of life, how children learn, for better or worse, about social bias, and how children across cultures learn about the natural world. She holds a joint appointment in the Weinberg College of Arts & Sciences and the School of Education and Social Policy.

Waxman’s research in early linguistic and conceptual development employs both developmental and cross-linguistic designs, engaging infants from birth through the preschool years. This is essential in discovering the origin of infants' early capacities, identifying which might be universal, and specifying how these are shaped by infants’ experience with their native language(s). Her recent work on social bias reveals that even before they enter school, young children are exquisitely sensitive to the racial and gender biases evident in the world around them.  Waxman’s cross-cultural work explores how notions of the natural world unfold—across development, across cultures, and across languages, exploring fundamental questions, including: What is the place of humans within the natural world? What does it mean to be “alive”? In all three research arenas, Waxman’s research helps to unravel the basic mechanisms behind how we learn. In illuminating the importance of early experience, her work offers insights into promoting positive developmental outcomes in all children.

Waxman is a fellow of the American Association for the Advancement of Science, American Academy of Arts and Sciences, American Psychological Association, Association for Psychological Science, and the Cognitive Science Society. In 2007, she received a James McKeen Cattell Award and a Guggenheim Fellowship. She is a founding executive committee member of Northwestern’s Institute for Innovations in Developmental Science (DevSci). Earlier, she co-founded Northwestern’s program in Culture, Language, and Cognition. She has been a research fellow of the Spencer Foundation and the National Academy of Education, a visiting research fellow at the Institute for Cognitive Science in Lyon, France, and a visiting professor at Harvard University and the École Normale Supérieure in Paris. She was co-editor of the 2004 book Weaving a Lexicon, published by MIT Press, and she has been an associate editor of the journal Cognitive Psychology since 2005. In 2016, she became a consulting editor of Psychological Review. She is now inaugural co-editor of the Annual Review of Developmental Science.

Linking Early Linguistic and Conceptual Development. Waxman's primary research lab, the Infant and Child Development Center, considers the acquisition of two fundamental human capacities—conceptual development and language development—and the relation between them in infants and toddlers. Waxman focuses on these capacities throughout the first two years of life, beginning with infants as young as 3 months of age. Adopting a cross-linguistic developmental perspective, her research involves infants and young children acquiring a range of different languages, including English, Mandarin, Korean, Spanish, French, and Italian. She shows that even before infants begin to speak, their language and cognitive advances are powerfully linked.

Children’s Sensitivity to Bias at the Intersection of Race and Gender. Waxman and colleagues have shown that preschool-aged children are sensitivity to the racial and gender bias they observe in the social world around them. Her current project, a collaboration with IPR developmental psychologist Leoandra Rogers, Jenn Richeson and Galen Bodenhausen, is designed to deepen our understanding of how social bias is acquired in both Black and White children, and how it interacts with their identities.

Children’s Developing Understanding of the Natural World.  Waxman examines the role of culture and associated epistemological orientations in the development of knowledge and reasoning about the natural world. Together with fellow Northwestern psychologist Doug Medin and colleagues at the National Research Council of Argentina (CONICET), they examine learning in very young children from Native American and non-Native communities. They have shown that cultural differences in conceptions of human-nature relations manifest not only in explicit knowledge, but also implicitly in practices.

Latourrette, A. and S. Waxman. 2020. Naming guides how 12-month-old infants encode and remember objects. Proceedings of the National Academy of Sciences, 202006608.

Baiocchi, M.C., A. Taverna, and S. Waxman. 2019. Social-ecological relations among animals serve as a conceptual framework among the Wichi.  Cognitive Development 52, 100807. 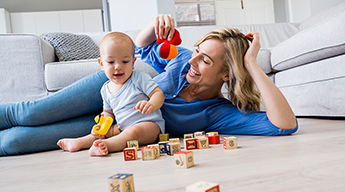 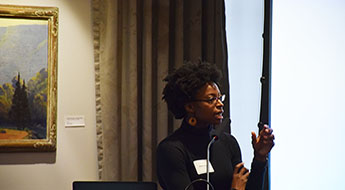