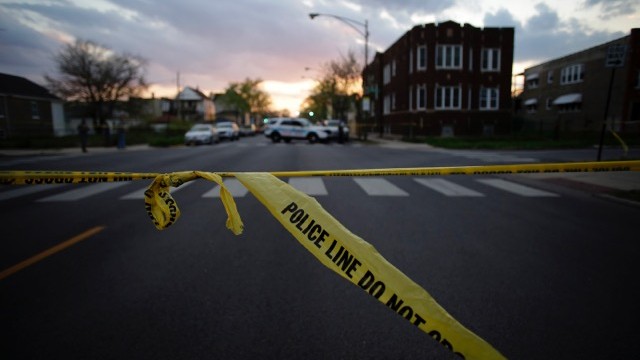 A new Northwestern University study published in Nature Human Behaviour found that a program aimed at reducing gun violence in Chicago, the Violence Reduction Strategy (VRS), deterred about 100 victimizations over a two-year period.

VRS is a program that seeks to lower rates of gun violence in areas typically prone to high crime. The program seeks to do so by inviting participants with heightened risk of victimization to participate in a meeting known as a “call-in.”

At the call-in, a collaborative group of criminal justice agencies, service providers and community members discuss the risk of victimization and the damage caused by gun violence to communities. The participants also may be referred or given information about local social service programs. Part of the program’s design is that those invited to the call-in would hopefully carry this message back to those in their own social networks.

“In the study, we examined whether VRS reduced gunshot victimization among participants,” said George Wood, the study's first author and a postdoctoral fellow at Northwestern’s Institute for Policy Research and the Northwestern Neighborhood & Network Initiative. “We also evaluated the effect of VRS on the social peers of participants. While these peers did not participate in the program, they had social contact with a participant and may, therefore, have been affected by the program through spillover effects.”

“Importantly, the program achieved these reductions while minimizing traditional law enforcement responses that can have a negative impact on communities,” Wood said.

“First, our evidence indicates that VRS achieved the aim of reducing gunshot victimization among participants,” Wood said. “Second, the evidence regarding spillover effects suggests that reductions in violence might be increased if such focused efforts can enhance network diffusion.”

Previous research has examined VRS, as well as other focused-deterrence programs. However, Wood said, much of that research looks at particular geographic regions in which a program has been implemented and compares aggregated counts of victimization before and after the program started.

“We believe our study is the first to estimate an individual-level effect on participants and spillover effects on the peers of these participants,” Wood said. “Our article, therefore, builds on existing research by providing a specific estimate of the program effects on the participants themselves. By looking at spillover effects, our article also highlights one possible mechanism by which the reductions that were found in existing research might have come about.”

In addition, IPR sociologist Andrew Papachristos, who is the study's senior author, said, “Our findings also suggest that the power of networks might be leveraged in other gun violence reduction strategies, such as street outreach efforts of trauma-based interventions, that hope to reduce violence and save lives.”

Andrew Papachristos is professor of sociology in the Weinberg College of Arts and Sciences at Northwestern and an IPR fellow. He directs the Northwestern Neighborhood & Network Initiative. George Wood is an IPR postdoctoral fellow and part of the initiative.