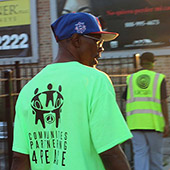 What Networks Reveal About Police Who Shoot

Is police violence associated with characteristics of an officer’s social networks and his or her placement within those networks? In the Annals of the Academy of the Political and Social Science, IPR sociologist Andrew Papachristos and Linda Zhao of Harvard University look at the relationship between police networks and police who shoot. They investigate Chicago police officers who are brokers—or people within a network who occupy an important position in a network and connect its disconnected parts. They examine these “broker” officers in networks of complainants between 2000 and 2003 to see if they are linked to shootings of civilians between 2004 and 2016. A total of 388 officers fired their weapons at some point between 2004 and 2016, including 46 officers who fired on multiple occasions. Their findings show that although only a small percentage of all CPD officers shoot, those officers who do shoot appear to occupy the unique structural position of a network broker. This finding appears to be true even when considering factors such as age, race, gender, and activity. Brokerage roles put officers at a higher risk for shooting civilians, and when they are transferred to reduce misconduct, they may actually “spread” aggressive behavior. The researchers’ findings suggest that policies and interventions aimed at curbing police shootings should include not only individual assessments of risk but also an understanding of officers’ positions within larger social networks and the department as a whole. 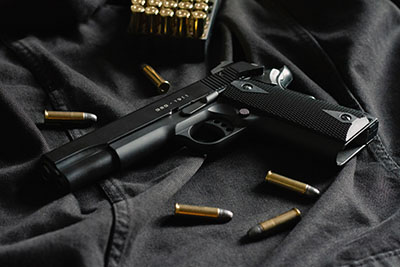 Does firearm involvement during adolescence predict firearm violence during adulthood? In JAMA Network Open, behavioral scientist and IPR associate Linda Teplin and her co-authors examine this connection based on data from the Northwestern Juvenile Project, a 16-year longitudinal study of youth in detention.  They studied 1,829 participants randomly selected from a juvenile detention center when they were ages 10-18. Researchers continued to interview them for the next 16 years, completing a total of 17,766 interviews. During adolescence, the participants reported their firearm use (shoot, threaten), access (ownership, ease of use, firearm in the household), and victimization (threatened with a weapon). The outcome variables were the perpetration of violence and firearm ownership during adulthood. The results show a connection between almost all forms of firearm involvement during adolescence and firearm violence in adulthood. For example, participants who were threatened with weapons as adolescents were 3.1 times more likely to commit firearm violence as adults. These findings demonstrate that firearm involvement during adolescence is a risk factor for subsequent firearm use and ownership in adulthood. Teplin and her co-authors call for several reforms that communities and caregivers can take to help high-risk youth and minimize firearm deaths, such as preventive interventions. They also propose that pediatricians educate caregivers how to safely store firearms. Teplin is the Owen L. Coon Professor of Psychiatry and Behavioral Sciences.

Identifying the “Rules” of Gang Violence

Those immersed in gang culture frequently refer to it as a “game,” with rules that amount to matters of life and death. In Social Forces, Papachristos and the University of California, San Diego’s Kevin Lewis use network science to explore what behaviors comprise those rules. Papachristos and Lewis created exponential random graph models of data on more than 600 homicides committed in the late 1990s, which enabled them to better understand the sophisticated reciprocal nature of interactions among almost 70 gangs. They identify 25 discrete, empirically verified “rules,” including that gang homicide is highly reciprocal, especially within Black gangs; that two given gangs were unlikely to collaborate to prey on a third gang; that larger gangs were more likely to both commit and be victims of homicide; and that there were not many gangs who were mostly victims of homicide (or “sinks”). They also find rules are largely contingent on the racial makeup of each gang, and that Black and Latino gangs were more likely to commit violence among their own racial group than to others. They discover, however, that such rules are inconsistent over time and may reflect opportunism more than strategy. Still, identifying them may be useful in preventing gun violence.

A Debate on Removing “Bad Apples” in Police Departments 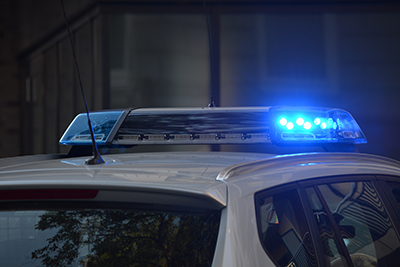 Should police departments remove officers with high numbers of complaints against them? In Criminology & Public Policy, Papachristos and his co-author, Michael Sierra-Arévalo, debate with researchers Aaron Chalfin and Jacob Kaplan about removing officers with high numbers of complaints, or “bad apples.” Based on administrative data from the Chicago Police Department (CPD), Chalfin and Kaplan conclude that removing a “bad apple” will likely not have a large impact and would lead to only 4–6% fewer complaints involving the use of force over 10 years. Papachristos and Sierra-Arévalo disagree with their policy recommendation and explain why their conclusion is an example of “incredible certitude”—when researchers minimize the uncertainty of their results and make exact predictions of policy outcomes. They point out that the 4–6% estimate is only part of the assessment because it focuses on 18 months of complaint data. Another estimate uses five years of complaint data and shows removing a problem officer would lead to about 12–17% fewer complaints. Also, Papachristos and Sierra-Arévalo consider network spillovers, which is how much a peer’s misconduct increases an officer’s chances of misconduct later. When they calculate how much network spillovers affect the findings, the estimates increase, ranging between 22–31% fewer complaints. Additionally, Papachristos and Sierra-Arévalo argue that removing “bad apples” is a normative good that police departments should pursue, regardless of the effect size, because it reduces human suffering and saves taxpayer dollars spent on police misconduct.

Trends in Gun Violence in Cook County Between 2018–20

In 2020, Chicago had one of the largest annual increases in the number of gun homicides of any U.S. city. In the
American Journal of Public Health, community health scholar and IPR associate Joe Feinglass and his colleagues investigate the rise in gun violence by looking at hospital emergency department (ED) visits by Chicago and suburban Cook County residents  for intentional assault gunshots wounds (IGWs). The researchers examine IGW-coded records from the Illinois Hospital Association’s Comparative Health Care and Hospital Data Reporting Services database between January 2018 and December 2020. There were 7,122 hospital IGW-coded visits at 89 Illinois hospitals, and 6.5% resulted in deaths. IGW ED visits doubled over the 36-month study period, and unlike summer spikes in pre-pandemic years, IGW visits continued their 2020 summer spike into the fall and winter months of 2020. ZIP code areas with the largest increases in IGW visits included Chicago South and West Side neighborhoods and a number of Cook County suburbs. IGW ED visits accumulated $342 million in hospital charges and 24,894 inpatient days, although this represents only a fraction of the healthcare costs of many patients’ lifetime disability and the long-term costs of community trauma. Comparing hospital coded records to Chicago Police Department non-fatal gunshot victimization data for the same period indicates that study data are an undercount of IGW injuries. Better data are needed to assist hospital EDs in violence prevention outreach as part of major investments in community development and public safety workforce able to affect gun violence.