How Economic Development Affects the Environment

Reducing global poverty and addressing climate change and other environmental crises are among the most important challenges facing humanity today. In a working paper, IPR economist Seema Jayachandran reviews research on the ways economic development and the environment are intertwined. She highlights research examining how the environment is impacted by consumption changes when incomes increase, better access to capital, more secure property rights, improvements to technology and infrastructure, improved regulatory capacity, market competition, and slower population growth. For example, she points to research in Kenya and Ethiopia showing rising wages and cash transfers allow people to eat more meat-based diets, which requires more land use than diets based on grains, fruits, and vegetables. Better access to credit can provide individuals the ability to purchase more fuel-efficient household goods, such as energy-saving stoves in Uganda, on an installment plan, according to another study. Several studies in sub-Saharan Africa and South America have shown that more secure property rights may reduce deforestation because farmers feel that they have enough land for future agriculture production and are incentivized to invest in cultivating trees on their property.  Jayachandran concludes that environmental regulation is crucial to protect the environment and that economic development increases both the supply and demand for regulation. She also suggests areas for future research, including examining how governments can regulate more effectively and how public policy can direct economic growth to be more pro-environment. Jayachandran is the Breen Family Professor of Economics.

Despite limited progress, stark wealth inequality still exists between Black and White Americans, and many Americans are unaware of the size of the gap. In Personality and Social Psychology Bulletin, management professor and IPR associate Ivuoma Onyeador, IPR faculty adjunct Jennifer Richeson, and their colleagues examine whether information about racism’s impact on opportunities and outcomes for racial minorities improves White Americans’ perceptions of the current Black-White wealth gap. In one study, 667 White participants read an article about racial inequality in the U.S. or another article and then provided their estimates 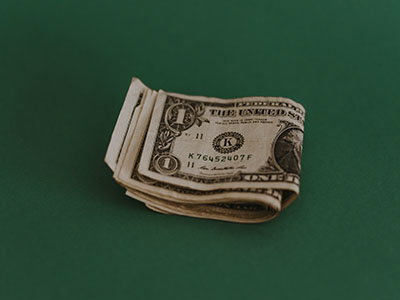 of income and wealth equality between Black and White Americans in 1963 and 2016. In a second study, 845 White participants were randomly assigned to read one of two articles about the persistence of racial discrimination because of either explicit bias or implicit bias, or they did not read anything. Both studies found that reading about racism and either implicit or explicit discrimination produced smaller overestimates of how much the wealth gap had narrowed over time, but largely because participants adjusted their estimates of past levels of racial economic equality down. The findings indicate that, while White Americans’ belief in racial progress may be disrupted temporarily, their belief in the equality of Black and White Americans’ current economic circumstances is misinformed. Future research is needed to uncover interventions that could help provide accurate information about current economic gaps.

Immigration and Entrepreneurship in the U.S.

Immigration can expand labor supply and create greater competition for native-born workers, but immigrants also start businesses and increase the demand for labor. In an IPR working paper, strategy professor and IPR associate Benjamin Jones and his colleagues study the role of immigrants in entrepreneurship. Using U.S. Census Bureau data and population-wide W-2 tax records, they integrated employment and demographic records to see whether founders of companies between 2005 and 2010 were native- or foreign-born. To determine the immigrant status of the founders and the size of the companies, the researchers also examined the U.S. Census’s Survey of Business Owners in 2012, and they collected data on firms listed in the 2017 Fortune 500 ranking. The researchers find across the data that immigrants start companies of every size at higher rates than native-born individuals. Overall, the results show immigrants are highly entrepreneurial. Jones and his colleagues suggest that immigrants act more as "job creators" than "job takers." These findings can help resolve the tension between labor supply-oriented analyses, where immigrants are seen to compete with local workers and depress wages, and natural experiments that often show more positive economic results of immigration for native born workers. Jones is the Gordon and Llura Gund Family Professor of Entrepreneurship.