The Misperceptions and Realities of Cancel Culture

Few ideals are as fundamental to American democracy as freedom of speech; however, many argue that “cancel culture”—i.e., the censoring of speech considered offensive—undermines the free speech principle. In a working paper, IPR political scientist James Druckman and his co-authors surveyed a representative sample of over 1,700 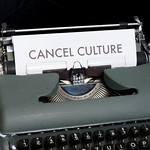 Americans to evaluate respondents’ perceptions and personal practices regarding cancel culture. The researchers find that people tend to overestimate the extent to which canceling occurs. The rate at which respondents report perceived canceling behaviors is at least double the actual prevalence, indicating that Americans are significantly misinformed about the actual frequency of cancel culture. They also find that when Americans engage in canceling, they do so because of what was said, regardless of the speaker’s public status or various social identities. Instead, the findings indicate that cancellation is primarily ideological and reflects an attempt to redress speech considered harmful, rather than to punish any partisan or racial identity. The researchers also discovered that the rates of canceling behaviors differ only slightly between Democrats and Republicans. They conclude that although partisan bias does not cause canceling, perceptions of canceling can exacerbate partisan animosity and lead to more virulent online political discourse. Druckman is the Payson S. Wild Professor of Political Science.

What Campaign Speeches Reveal About Politicians

What can we learn from how presidential candidates’ stylistic choices in words and pronunciation vary as they speak to different audiences or about different subjects? Linguistics scholar and IPR associate Annette D’Onofrio and graduate student Amelia Stecker investigate speeches by Barack Obama, John McCain, and Mitt Romney from the 2008 and 2012 elections in Language in Society. They analyzed eight speeches for each speaker and campaign year, for a total of 32, and noted where the speeches were given and to whom. The researchers focused on two variables of speech—the use of -ing or -in at the end of a word, such as “thinking” vs. “thinking,” and the hard (known as released because a burst of air is released) or soft (unreleased) pronunciation of “t” at the end of a word such as “cat.” They also classified each sentence in the speeches by topic—for example, a description of an opponent or the speaker identifying as an ordinary American. Their findings confirm earlier research that candidates shifted their style of speech for different audiences, locations, and topics, but they also demonstrate that these shifts have social meaning. The candidates employ linguistic variations to build their public personas for particular locales and even topics, and use variability in their pronunciation to indicate, for example, flexibility or consistency, authenticity or acuity. D’Onofrio and Stecker conclude that the politicians’ variability in speech is socially meaningful, and that further study should explore how audiences evaluate it.

As Black Lives Matter (BLM) has grown into a national movement, social identity frames, or communication tactics that leaders use to harness follower support for social change may play a role in the identity groups they support. In a study in American Political Science Review, IPR political scientist Tabitha Bonilla and Alvin Tilley, also of Northwestern, examine how messages from BLM leaders about their gender, sexuality, and racial identities work as social movements frames, shaping attitudes and willingness of African Americans to participate in the BLM movement. Using a survey experiment to test the effect of three frames on mobilization, the researchers questioned 849 African Americans online from February 15–23, 2019. The survey presented four different readings—a control, Black nationalist, feminist, and LGBTQ+ frame—to subjects with short introductions about BLM, asking about their support of the movement, its effectiveness, and their assessments of its direction. Overall, respondents were familiar with and strongly supported BLM, and the Black nationalist reading did not differ much from the control. The Black feminist and Black LGBTQ+ readings negatively affected agreement with and support for BLM among men and those who do not identify as LGBTQ+. The findings suggest that using gender or LGBTQ+ identity frames for BLM does not mobilize any particular group more but does demobilize African American men. This research adds to work about the difficulty of creating movements that are intersectional and widely supported.

Because the welfare state is so vital to many low-income Americans for survival, the ways scholars choose to study it are crucial. In Perspectives on Politics, IPR political science professor Chloe Thurston and her colleagues suggest political scientists study the welfare state from the perspective of those who use the welfare system, rather than from the vantage point of policymakers and elite institutions. Research into the welfare state may change when marginalized groups are centered by creating policy innovation, providing new insights into how people perceive the role of government in their lives, and encouraging research into less studied types of policymaking. They highlight two examples—civil legal assistance and consumer credit—of welfare state politics that become visible when they are examined from the bottom up. The civil legal system plays a key role in navigating disputes over public benefits, such as preventing illegal evictions and foreclosure, and the researchers suggest that political scientists look at the ways marginalized groups have engaged with these political institutions and the political consequences of doing so. A bottom-up approach to credit may illuminate differences in outcomes from using credit programs, such as credit cards, check cashing, and payday loans, compared to credit used for homeownership and education. The researchers argue that to understand the welfare state, scholars must develop and test theories of the welfare state that are cognizant of the lived experiences of those who benefit from it. This may include changing how scholars study it, such as using more ethnographic and interview methods.

In 2015, Lisbeth Zornig Andersen, former chair of Denmark’s Children’s Council, was unaware she broke the law when she helped Syrian refugees who entered Danish territory by giving them a ride in her car. She was charged with moving irregular migrants or people smuggling. In Third World Quarterly, political scientist and IPR associate Galya Ben-Arieh and Volker Heins examine why helping migrants, as Andersen did, has become criminalized and how narrative practices can alter the meaning of the law. Specifically, they look at how two viewpoints they call “narratives of legality” have added moral significance and emotional meaning to migrant policy and global migration management. First, Ben-Arieh and Heins look at the role of “smuggler narratives,” which are perceptions that villainize migrant smugglers and represent pro-migrant citizens and non-government organizations (NGOs) as accomplices to migrant smugglers. The researchers show how migrant smuggling narratives have moved away from legal settings and have become popularized among far-right groups in Europe and the United States. This narrative, they argue, has facilitated policies by wealthy countries that limit migration from the South. The other narrative they examine is the “rescue narrative,” which portrays migrants as victims of cruel countries and Western governments as collaborators to repressive countries in the South. They argue the downside of this narrative is that it depicts all migrants from the South as victims and depicts Western civilians, like Andersen, as “rescuers.” They conclude both narratives are powerful tools of persuasion that influence attitudes about migrants and migration policy.

Climate Change Beliefs and People's Motivations Behind Them

Despite scientific evidence of human-caused climate change, Americans hold opposite viewpoints about it. 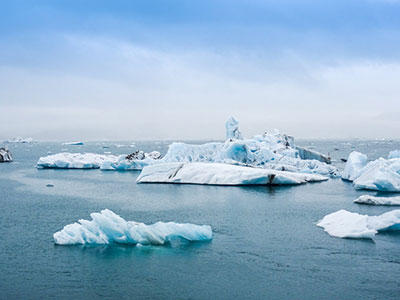 Researchers’ explanation for the divide is a psychological process called directional motivated reasoning—when people process information to fit a pre-existing desired conclusion, such as whether climate change is real or not occurring. In Current Opinion in Behavioral Sciences, IPR graduate assistant Robin Bayes and IPR political scientist James Druckman challenge prior research about motivated reasoning and outline why people are motivated by accuracy and personal issues, too. They also argue that understanding which motivation is at work, and when, will help persuade climate change skeptics. First, Bayes and Druckman explain that current research does not go far enough to separate directional motivated reasoning from accuracy motivation—when people want to be correct and form a concise opinion. For example, Republicans may strive for accurate views, and in doing so, they follow trusted party leaders, who often express skepticism about climate change. This suggests a trusted leader who believes in climate change may be a good liaison for reaching skeptics. Additionally, Bayes and Druckman show how personal issues can invoke accuracy and shift an individual’s climate change perspective. For instance, regardless of their political affiliation, people who live near shorelines have a greater belief in climate change and perceive its effects accurately. Bayes and Druckman show why distinguishing people’s motivations is necessary to counteract their pre-existing opinions and why it is helpful for policymakers communicating about climate change. Druckman is the Payson S. Wild Professor of Political Science.