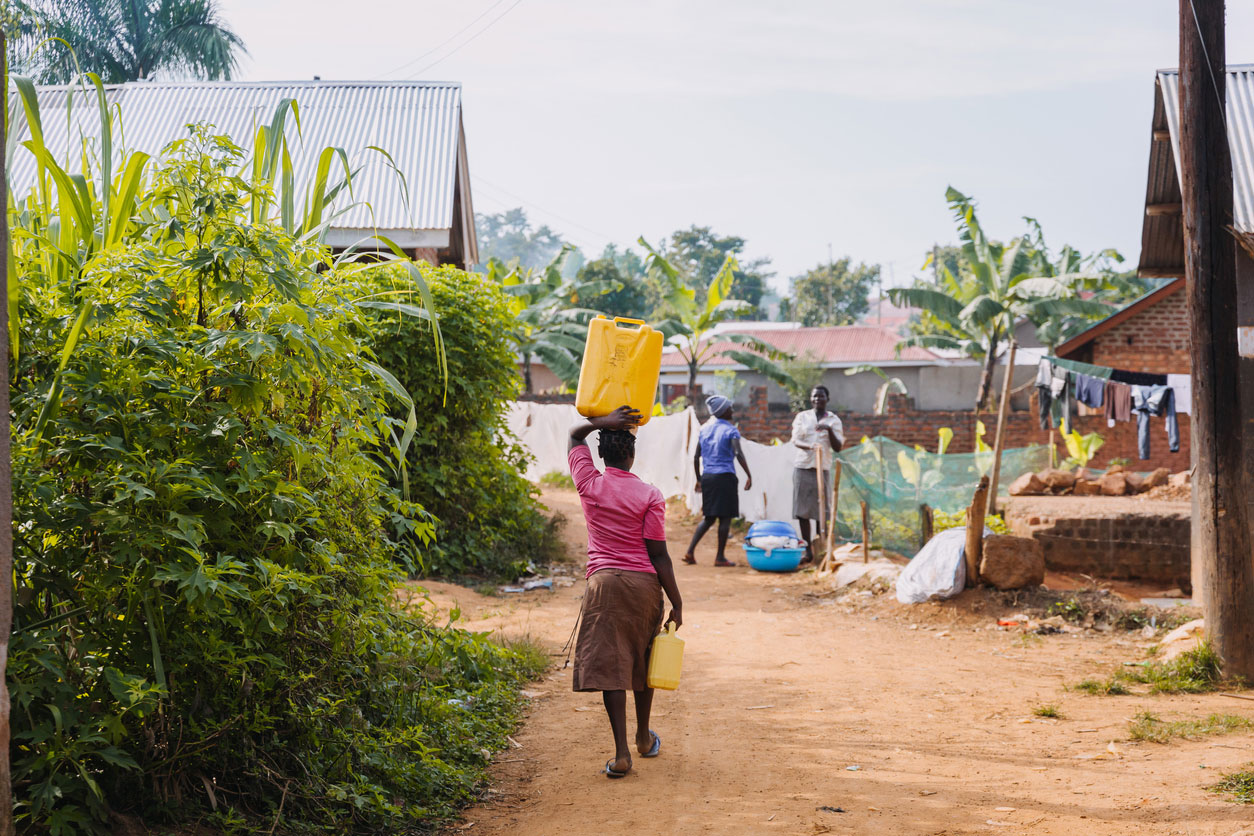 Countries in Latin America, Asia, and Africa have experienced severe droughts and unprecedented floods in the last year. How are individuals in these and other regions faring in terms of their ability to reliably access and use water for basic needs?

In a new study in The Lancet Planetary Health, IPR anthropologist Sera Young, IPR research associate Hilary Bethancourt, and their colleagues show where water insecurity is experienced most severely based on nationally representative samples of nearly half the world’s population. They are also able to pinpoint which sociodemographic groups experience the highest rates of water insecurity. The researchers estimate that 436 million adults of the 3 billion adults represented by the survey sample were water insecure in 2021.

“These data bring a human face to the water sector, thereby revealing life-altering problems with water that have long gone hidden,” Young said.

In 2021, the Gallup World Poll administered the Individual Water Insecurity Experiences (IWISE) Scale, a 12-question survey asking about experiences with water, to 45,555 adults in 31 low- and middle- income countries. The IWISE Scale asked questions such as how often participants worried about not having enough water, how often they were unable to wash their hands, or how often they changed what they ate because of problems with water. The countries were located across four regions: sub-Saharan Africa, North Africa, Asia, and Latin America.

The study reveals that 14.2% of those surveyed were water insecure. Countries in sub-Saharan Africa, such as Cameroon (63.9%) and Ethiopia (45%), experienced the highest rates of water insecurity, while countries in Asia like China (3.9%) and Bangladesh (9.4%) were the least likely to experience it.

The researchers also discovered that no single characteristic was always predictive of water insecurity. Individuals who earned a lower income, lived in city outskirts, and those who were more affected by COVID-19 were more likely to be water insecure, but this was not always true. For example, in some countries, water insecurity existed in the highest income quintiles.

“If we care about human well-being, it is not enough to measure water availability or drinking water infrastructure, which is what we have done for decades,” Young said. “Experiential measures are more holistic, more precise, and can be quickly assessed with the IWISE Scale.”

Young and a group of scholars created the IWISE scale to measure water insecurity at the individual level to provide researchers with holistic and precise data about water availability and access. The scale provides a fuller understanding of individuals’ experiences because it examines how water affects cooking, bathing, and emotional wellbeing, instead of only focusing on drinking water. It is more precise because it provides granular data about individual experiences with water.

Young urges scholars and policymakers to look beyond water availability and infrastructure when examining water insecurity to capture the scope of the global water crisis. Measuring experiences with water, she says, will allow organizations to create interventions that best target the most vulnerable groups.

“Experiential measures of other key resources, like food, are now standard practice; food insecurity experiences are tracked as part of the U.N.’s Sustainable Development Goals,” she said. “This study demonstrates that this can be done for water insecurity too.”

Read the policy research brief on the study’s findings.