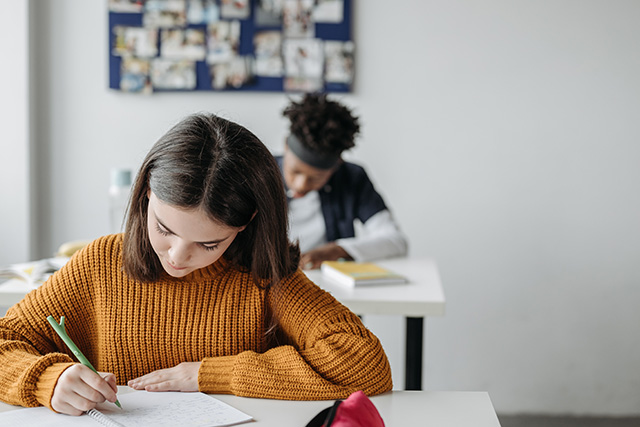 This month’s new research from IPR faculty investigates how reflecting on positive events influences academic achievement, the effects of protective caregiving practices on mental health, and how French immigrants self identify. The research also covers how people understand the media environment and give meaning to different media organizations, why race should remain a factor in clinical decision making, and diversity training in organizations.

The Effects of Positive Versus Negative Reflections on Adolescent Academic Achievement

Research shows that reflecting on and writing about negative experiences can help develop resilience, but few studies explore the benefits of reflecting on positive events. In the Journal of Applied Social Psychology, IPR social psychologist Mesmin Destin and Brady Jones (PhD 2015) investigate whether reflecting on and writing about positive or negative life events improved student outcomes throughout the school year. They conducted a randomized controlled trial of 350 ninth-grade students in three schools of mostly students from low-income backgrounds and students of color. In their English class, they were asked by an outside instructor to participate in a reflection and writing activity about either a general life event, a failure, or a success. Students then worked with the instructor to include narrative themes, such as resilience, that research shows can give benefits to adolescents. The researchers also collected data about the students’ absences, detentions, behavior at school, and grades. They find that students who focused on an experience of success became less likely to be absent and receive detention, and they achieved a higher grade point average. Many students who focused on a general life event ended up sharing positive experiences, and they also benefited in the same ways as the students who were asked to reflect and write about a positive event. The results suggest the value of narrative in shaping life outcomes and that teachers should incorporate opportunities for positive expressive writing activities. 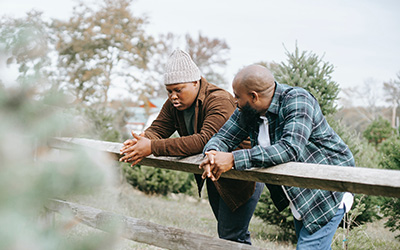 How French Immigrants Self Identify

Questions around immigration and assimilation have been at the forefront of debates in the United States and Europe in recent decades and those in France, where migrant assimilation is strongly valued, have been especially tense. In a working paper, IPR sociologist Julia Behrman and Northwestern graduate student in sociology Ewurama Okai study how migrants in France understand their identity and sense of belonging across generations. Using data from the Trajectories and Origin (TeO) Survey, the researchers examine a nationally representative sample of 11,773 consisting of 1st generation (those who arrived after age 16), 1.5 generation (those who arrived before age 16), and 2nd generation migrants (those born in France to one or more migrant parents). The survey was conducted in 2008–09 among people who migrated from North Africa, Sub-Saharan Africa, Turkey, Southeast Asia, and Southern Europe. The participants were asked to agree or disagree on a 1 to 4 scale with statements such as “I Feel French” and “I Feel [My Origin Country/Parent’s Origin Country].” The researchers distinguish five distinct identity orientations among migrants. The assimilated group, or 20% of respondents, identified most strongly as French, while the ethnic group, made up of 18% of respondents, felt a stronger connection to their country of origin. The remaining 60% of respondents fell into one of three groups—active bicultural, othered bicultural, detached bicultural—identifying with both their origin country and France in different ways. The results show that biculturalism is highly prevalent among this group of migrants, but it can take many forms.

How Audiences Make Sense of the Media Landscape 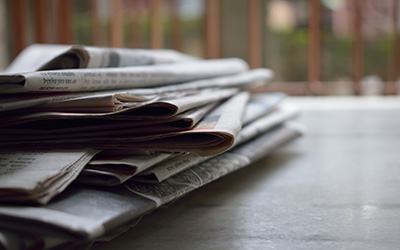 As the media landscape has widened with the creation of many niche media organizations, not all news outlets are equal. In Digital Journalism, media scholar and IPR associate Stephanie Edgerly studies how audiences understand the media environment and give meaning to different media organizations. In one study, she analyzed data from a nationally representative survey of 1,502 adults who were on average 46 years old, majority female (53.4%), and White (80.6%). The survey asked participants to compare 13 different media organizations, such as the New York Times, Wall Street Journal, BuzzFeed, Drudge Report, and Breitbart, and rate how similar they were to one another. In a second study, Edgerly conducted in-depth interviews with 18 adults over a three-month period starting in March 2020 and asked participants about their media habits and attitudes about the media. The participants also completed a survey comparing the same 13 media organizations as in the first study. The two studies reveal that audiences who were not regular consumers of news and uninterested in politics used media genre, such as hard news or entertainment, to compare media organizations. Participants who were avid news consumers, politically interested, and partisan used political orientation to categorize news organizations. The results show how audience’s sensemaking of the media reflects the larger U.S. media system, including its politicization, and how making sense of the media landscape is personal to an individual’s lived experiences.

Why Race Should Remain a Factor in Clinical Decision Making

When physicians and other clinicians make decisions about how to treat a patient, they should consider all factors—such as health history, test results, demographic, and socioeconomic attributes—that predict a patient’s health risks. They should group patients according to their characteristics to assess the risks they run and then treat patients accordingly. Knowing more about patients allows more accurate predictions of risks and better decision making, IPR economist Charles F. Manski points out in a perspective published in Health Economics. In the last few years, however, researchers have reconsidered the use of race as one of the characteristics in assessments of patients’ risks of disease, and some have argued that race should no longer be included. Manski states that advocates for removing race as a diagnostic consideration have not studied how it would affect the quality of treatment decisions. He subsequently argues that using a “patient-centered perspective” leads to the conclusion that “race-free risk assessment would harm patients of all races.” He identifies and argues against four claims in support of race-free assessment: (1) Race is a social, not biological, concept; (2) race should not be considered if there is no established causal link between race and the illness; (3) using race may perpetuate or worsen race-based health inequities; and (4) many patients are offended by the use of race in risk assessment. He notes that although people may misuse race as a variable in the algorithms employed in risk assessment, race should be included in clinical decisions to give patients the best possible treatment appropriate to them as individuals—unless there is evidence that the social benefit of removing race as a factor in decision making is larger than the harm it causes to patient care. Manski is the Board of Trustees Professor of Economics. 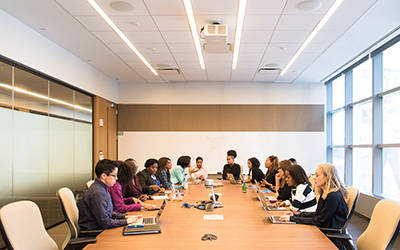 Diversity training in organizations is limited in its ability to address issues of diversity, equity, and inclusion in the workplace on its own, according to a recent paper published in Policy Insights from the Behavioral and Brain Sciences by Kellogg social psychologist and IPR associate Ivuoma Ngozi Onyeador and her colleagues. They analyze prior research and typical components of diversity training in organizations and find that training focused on implicit bias, or unconscious prejudices, increases knowledge about such prejudices but does not reliably reduce the bias itself. When organizations focus on implicit bias in their trainings meant to address underrepresentation, that focus can absolve the majority group of responsibility—since the biased employees may view their actions as a result of “unconscious” or implicit bias beyond their awareness. Onyeador and colleagues delivered three important recommendations for organizations who want to address diversity, equity, and inclusion in the workplace: First, they must educate members about bias, and the organization’s efforts to address diversity, equity, and inclusion. Second, the organization must prepare for, rather than preemptively accommodate potential defensiveness from majority group members, and third, the company must implement structures that encourage organizational responsibility for their goals in this area. Following these recommendations, Onyeador and colleagues argue, will improve organizations’ diversity strategies.