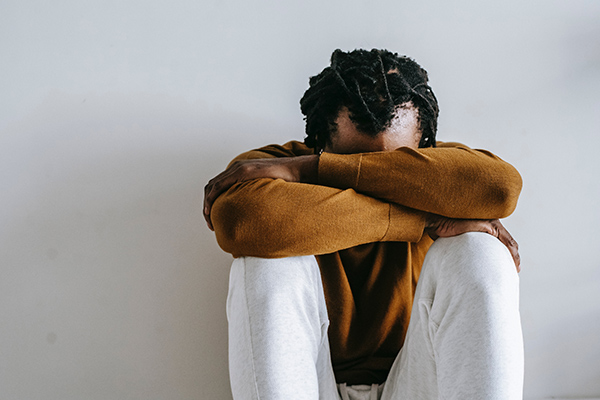 This month’s new research from IPR faculty investigates the role of systemic inflammation in the impact of trauma on mental health, how school shootings affect elections, and the association between child behavioral problems and early adult earnings. This research also examines the political consequences of depression, Black immigrant women’s mental health stigmas, and factors that contribute to Native American poverty.

Traumatic experiences are strongly associated with various mental health problems, such as depression, anxiety, and post-traumatic stress disorder (PTSD). What are the underlying neurobiological mechanisms that explain how people respond in different ways to trauma? IPR faculty Thomas McDade, an anthropologist, Brian Mustanski, a professor of medical social sciences, as well as ISGMH postdoctoral fellow Joshua Schrock and their colleagues investigate the role of systemic inflammation in the impact of trauma on mental health in Brain, Behavior, and Immunity. The study subjects were 518 LGBTQIA+ youth ages 16–29, assigned male at birth—a population especially at risk for trauma. The researchers measured systemic inflammation through blood samples, the severity of depression symptoms, and perceived stress in the participants. One year later, they were asked to report traumatic events they had experienced in the last year. Over one-quarter (27%) of the participants reported one or more traumatic events, such as an unexpected death, being mugged, or being kicked out the house, in the year past. The researchers learned that higher baseline inflammation amplified the severity of depression symptoms and perceived stress. Understanding that prior active inflammation may make people more vulnerable to mental health issues after experiencing a traumatic event may lead to new ways to prevent and treat those who have suffered trauma. McDade is Carlos Montezuma Professor of Anthropology. 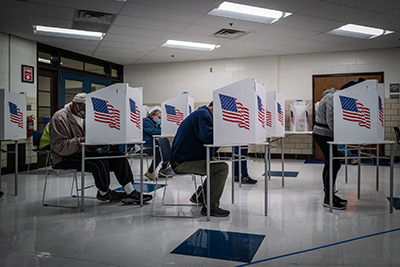 Do nearby school shootings change how people vote? Political scientist and IPR associate Ana Arjona, former IPR graduate research assistant Matthew Lacombe, now at Barnard College, and Laura García-Montoya of Notre Dame examine the 117 “rampage” school shootings that took place in 40 U.S. states between 1980 and 2016 to see if they altered voting behavior in presidential elections. Rampage shootings are defined as those that happen in a school, include indiscriminate victims, are not motivated by terrorism, domestic, or gang violence—and are widely publicized. During the years studied, there were on average 3.2 rampage shootings per year, with a jump in number since 2011. The researchers estimate the effects of the school shootings by comparing the voter turnout and party vote share in counties where a shooting happened with those in counties without school shootings. They find that school shootings do not affect voter turnout. However, school shootings have a significant effect on electoral choice: The share of votes for Democratic candidates in affected counties increased, on average, by 4.51 percentage points following a shooting. This is a notable shift in an era of partisan polarization and close presidential elections. The researchers suggest that these horrific events may help voters update their views on where the parties stand on the issue of gun control and that voters reward or punish parties based on policy considerations, at least in this case.

The Political Consequences of Depression

Depression has increased drastically during the pandemic, and some research suggests that there is a connection between depression and violence. In an IPR working paper, IPR political scientist James Druckman and his colleagues investigate whether and how mental health during the COVID-19 pandemic influenced Americans’ attitudes about domestic extremist political violence and the January 6 storming of the U.S. Capitol. The researchers interviewed 19,766 Americans from all 50 states in November 2020 after the presidential election and re-interviewed 2,044 of these participants a week after January 6, 2021. They asked respondents about whether they supported the Jan. 6 attack, their sympathy toward people who stormed the Capitol building, and their feelings about election violence in November 2020 and in January 2021. They also asked questions to understand respondents’ belief in conspiracy theories, their experiences with depression, and self-efficacy, or the belief that you have control over your environment. The researchers find that individuals suffering from moderate or severe depression who also hold conspiracy beliefs and/or have high levels of efficacy exhibit notable levels of support for violence. For example, a typical respondent who is severely depressed, efficacious, and conspiratorial had more than a 20% chance of supporting the attack on the Capitol versus a less than 1% chance for a typical respondent with none of these beliefs. The researchers argue that it is the combination of efficacy and/or belief in conspiracy theories along with the depression that determines the effect on support for political violence. Without one of those factors, depression, if anything, actually undermines support for violence. They conclude that it is essential to prioritize a policy response to address depression to mitigate support for political violence. Druckman is the Payson S. Wild Professor of Political Science. 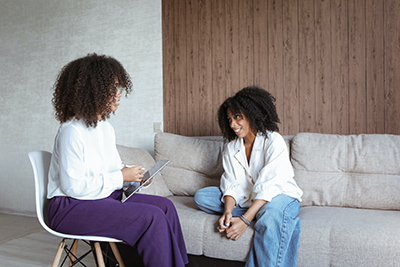 Individuals may directly experience stigma against mental illness, consisting of negative attitudes, beliefs, or discrimination expressed by others, or they may perceive stigma as a community-wide mindset about persons with mental illness. Whether direct or perceived, the stigma is known to be a barrier to mental health treatment and an underlying cause of health inequities. Little is known about stigma associated with mental illness among the 4.3 million Black immigrants to the U.S. In the Journal of Mental Health and Clinical Psychology, IPR associate Crystal Clark, a psychiatrist and behavioral scientist, and her colleagues pilot a small study of Black immigrant women to learn more about the cultural issues that may influence their sense of mental illness stigma. The researchers created a new measurement tool, the Stigma and Culture Survey, and administered it in 2019 to 22 women recruited from two Black immigrant community centers in Chicago. They also used a standard tool, the Depression Self Stigma Scale. With both scales, they find that women who use activities like prayer to cope with mental health needs and who believe that mental illness is caused by sin or evil spirits have higher stigma scores. Those who used religious counseling had lower stigma scores. Low socioeconomic status was also associated with higher stigma scores, but women who were citizens had lower scores, perhaps due to acculturation over time. The researchers hope their findings will inform interventions to break down stigma around mental illness among Black immigrants.

An estimated one in three of the roughly 10 million Native Americans in the U.S. lives in poverty, yet little is known about the causes of that poverty. In her working paper, IPR sociologist Beth Redbird investigates the interplay between reservation labor markets, tribal policy, and Native economic health to come to a better understanding of the primary factors contributing to Native poverty. Analyzing microdata from the 1980, 1990, and 2000 U.S. Censuses, and answers to the 2001–13 American Community Survey, Redbird evaluates which factors most drive economic hardship in indigenous communities. She finds that the persistence of Native poverty, despite impressive increases in educational attainment and job access, is primarily due to shifts in Native labor. Native workers have experienced the highest growth in jobs that pay below a living wage or have insecure employment arrangements. In addition, the structure of reservation labor markets, while creating innovative and expansive opportunities, are not always able to address the increasing disadvantage experienced by Natives in the larger market. In particular, two of the largest tribal industries, energy and gaming, generate high revenues, but the profits are often removed from the reservation economy, increasing inequality instead of resulting in higher wages for Native workers. This research leads to a better understanding of the unique economic challenges facing tribal governments, and provides important insight into the effect of labor policies on the economic wellbeing of indigenous communities. 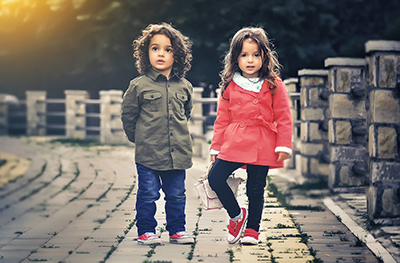 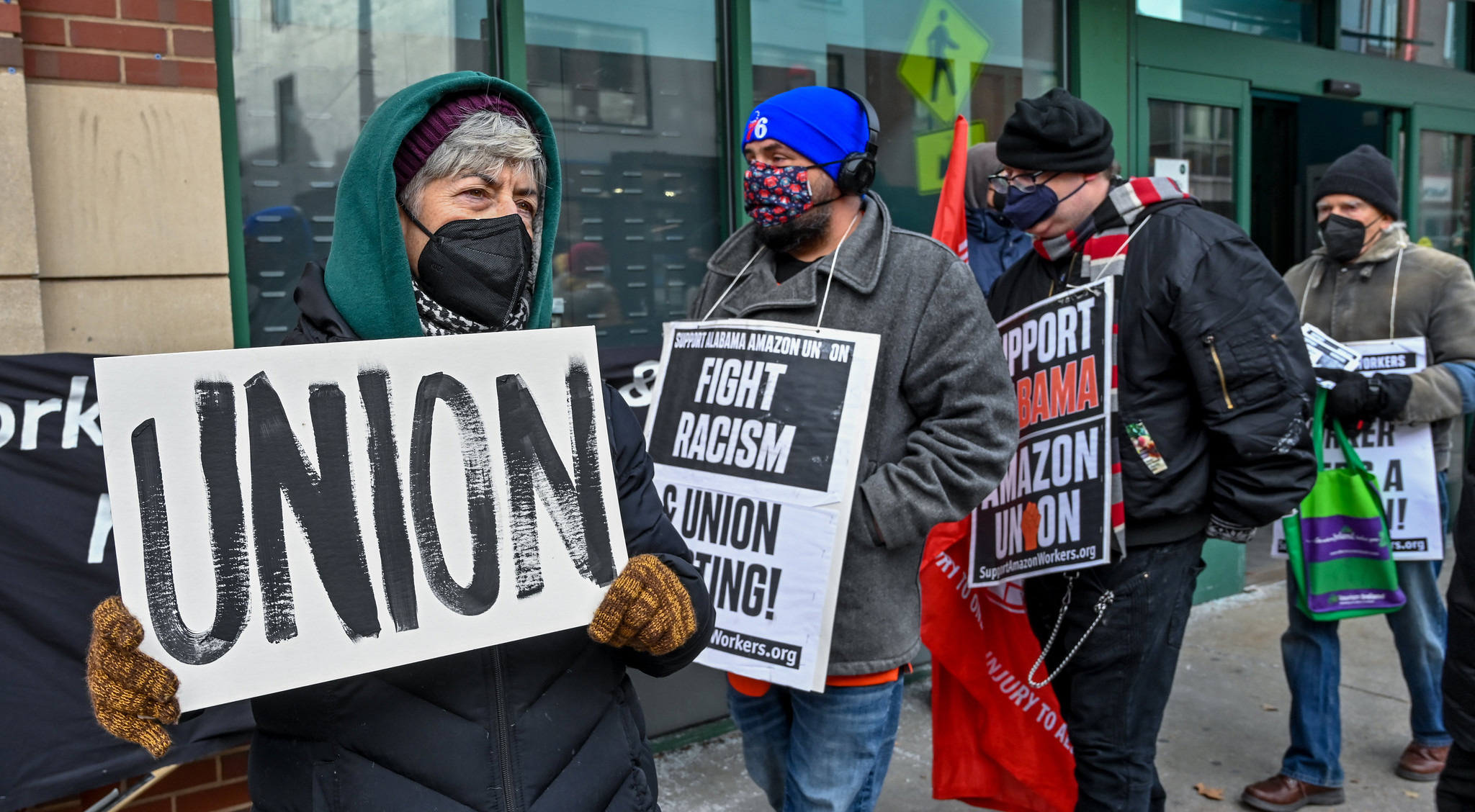