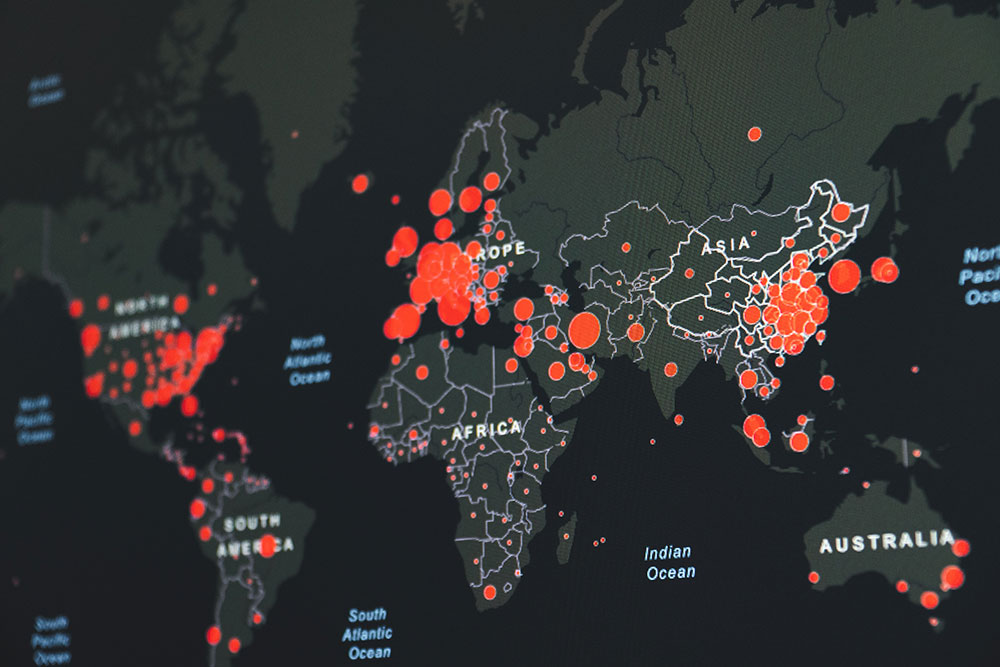 This month's new research from IPR faculty covers the spread of COVID-19 in metropolitan areas in the fall of 2020, Chicago students' self-reported risk behaviors, and improving high school counseling. The research also examines wage theft in a recession, women's employment and fertility rates, and the misperception of racial economic inequality.

After the coronavirus began to spread in the United States in March 2020, urban areas experienced the first wave of COVID-19 and the earliest spike in cases and deaths. In the Journal of Medical Internet Research, director of Buehler Center for Health Policy and Economics and IPR associate Lori Ann Post and her colleagues examine the second wave of the coronavirus pandemic in the fall of 2020 to understand how quickly new cases spread from one week to the next in the 25 largest metropolitan areas. The researchers use a longitudinal trend analysis study design to extract 260 days of COVID-19 data from public health registries and calculate several measures of the spread of cases for cities between April 6, 2020 to January 3, 2021. The results show that the first wave of COVID-19 hit northern cities like New York City early in the spring, and the cities were able to flatten the curve through lockdowns. Southern cities, such as Dallas, did not see a large wave at the beginning of the pandemic, but experienced a spike in July. During the second wave in October, Minneapolis, Chicago, and Detroit—cities with extremely cold winters—had the greatest average number of daily new positive results per 100,000 people. The researchers argue these results reveal how essential it is for cities to monitor COVID-19 metrics for another wave and reimpose social distancing measures to proactively manage the virus, especially during the colder weather. 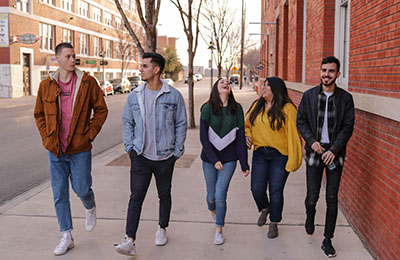 National trends have shown a decline in teenagers’ health risks, which suggests major improvements to adolescent health. Community health scholar and IPR associate Joe Feinglass and his colleagues ask whether Chicago teenagers follow that same trend, considering that violence, illegal drug use, and youth homelessness have increased in the city. In Preventive Medicine Reports, Feinglass and his co-authors compare Chicago Public High School students’ self-reported use  of cigarettes and alcohol and other drugs, sexual health or teenage pregnancy, violence and victimization, and suicide risk  from the Centers for Disease Control and Prevention’s Youth Risk Behavior Survey. Between 1997 and 2017, the survey showed the average of students responding “yes” to risk behaviors had declined for substance use (down by 30%), as well as sexual health risk and violence and victimization (both down by 40%). In examining substance abuse more closely, the researchers note that reports of smoking had decreased, but electronic vaping among teenagers had increased, and marijuana use remained high. Students’ suicide risk also fell 25% between 1997 to 2007. But by 2017, the average of their suicide risk responses had returned to nearly the same level as 1997. The results suggest Chicago students are following nationwide trends, but their worsening suicide risk underscores an increase in untreated depression and the need for better mental health services in the city. The authors propose that equitable investment in school-based health services would better assist teachers, clinicians, parents, and guardians in supporting students inside and outside of classrooms.

In Phi Delta Kappan, IPR education researcher James Rosenbaum and his co-authors review current research evaluating how high school counselors work and understand their role, focusing on the counselors’ beliefs around college access, fit, and matching with a college. The authors examine surveys of counselors and graduation data from the National Center for Education Statistics, as well as conducting two studies that resulted in interviews with 52 counselors and advisers. Counselors, they conclude, were reluctant to give individualized advice because they did not believe they were equipped to provide students advice about what constitutes a good college match. Most counselors saw themselves as sources of information about the college application process, sharing that their primary concern was ensuring students submit college applications. The researchers note the lack of individualized advice could have negative implications for first-generation college students, who may enroll in institutions below their academic ability—if they enroll at all. To provide more individualized advising, the researchers propose adding more counselors to combat understaffing, which many counselors identified as limiting their capacity to offer more individualized guidance. Rosenbaum and his co-authors also recommend training to help counselors recognize and avoid biases that could have an impact on how they advise students. This research shows how high school policies can enable counselors to give better advice, especially to first-generation students.

Wage Theft in a Recession

During the COVID-19 pandemic recession, millions of low-wage workers have become increasingly vulnerable to exploitation. In an IPR working paper, forthcoming in the International Journal of Comparative Labour Law & Industrial Relations, IPR political scientist Daniel Galvin and his colleagues examine the relationship between unemployment, labor standards violations, and government’s enforcement of labor policies during an economic recession. Using Current Population Survey data from the Great Recession in 2008–10, they find that minimum wage violations rose with unemployment, with Black, Latinx, female, and immigrant workers facing the greatest loss of wages. Industries such as real estate, educational services, and personal and laundry services had the highest violation rates due to a disproportionate increase in violations among women. The researchers then analyzed internal complaint data from the San Francisco Office of Labor Standards Enforcement and compared it to their estimates of minimum wage violations by industry in 2005–18. They discovered that in certain industries, including private households, social assistance, and food manufacturing, the number of minimum wage complaints received by the agency were far fewer than estimated violations. Even during ordinary economic times, in other words, enforcement agencies completely failed to detect high rates of violations in major low-wage industries. This suggests that high unemployment rates can make workers who are unlikely to complain—for fear of losing their jobs—even more vulnerable to exploitation. The researchers argue that to protect workers from wage theft during economic recessions, the government should engage in strategic enforcement—targeting their resources to industries with the worst problems—and co-enforcement—partnering with civil society organizations to gain better information about what is happening in these industries. 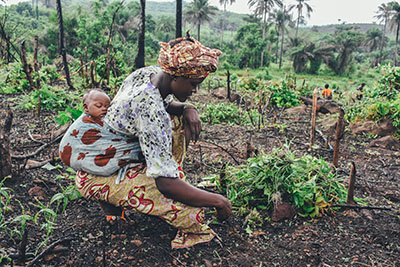 Over the last century, women’s employment across the globe has increased dramatically, and women now make up about 40% of the labor force. Over the same time period, global fertility rates have decreased, particularly since the 1960s. In Demographic Research, IPR sociologist Julia Behrman and her co-author study the association between women’s rising employment and fertility rates on a global scale. They combine nationally representative data on women’s wage employment from the International Labor Organization with fertility rates from the United Nations and economic and schooling conditions from UNESCO, OECD, and the World Bank to create a global dataset of 174 low, middle, and high-income countries between 1960–2015. Their analysis shows that increases in women’s employment were associated with decreases in fertility rates in all four major world regions, with Europe and North America seeing the largest fertility decline and Asia and Africa having the smallest. Women’s employment was associated with the use of modern contraception in all regions. They also find that the type of employment matters for fertility rates: although, women’s non-agricultural employment was associated with lower childbearing and greater contraceptive usage, this was not true of for women’s agricultural employment. The researchers propose that the high rates of women’s employment in agriculture and lack of childcare policies may explain why patterns observed in Asia and Africa were different from those in high-income regions.­

The Misperception of Racial Economic Inequality

Despite America’s racial history, Americans generally believe the nation has made progress toward achieving racial equality. In a study published in Perspectives on Psychological Science, management professor and IPR associate Ivuoma Onyeador, IPR faculty adjunct Jennifer Richeson, and their colleagues explore Americans’ knowledge about racial income and wealth inequality and the psychology of this collective understanding. In a nationally representative survey of 1,008 adults, they asked participants to report their perceptions of the wealth of a typical Black family if a typical White family had $100 at 12 points between 1963 and 2016. They also asked about the wealth of a Black family if they had the same education and income as a White family, along with the wealth of other minority groups. In each response, the participants underestimated the Black-White wealth gap and believed the Black–White wealth gap was around 40% smaller in 1963 and around 80% smaller in 2016 than the actual size. They suggest that to explain away racial wealth inequality, Americans engage in motivated cognition, the unconscious tendency to fit the processing of information to conclusions that suit a certain end, by believing in a just world. Social structures may also lead high-income White Americans to believe people achieve their wealth through individual merit. The researchers argue that financial education, acknowledging racial economic disparities, and presenting information about the wealth gap along about the individual struggles of racial minorities could help correct this narrative. Political messaging around equity-enhancing policies and economic social science research should also highlight how race plays into economic inequality.