College-for-all policies have set most U.S. high school seniors on paths to higher learning, but are they the right paths for all? 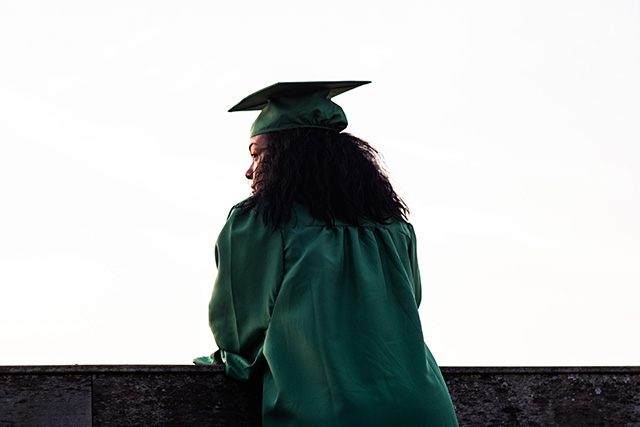 Over 1 million students are currently in the midst of applying to college, and for good reason. Research shows that college typically confers many critical lifelong benefits on those who attend—and graduate from—four-year colleges. They tend to earn more, are more likely to be employed, and even live longer, among many others.

This push for “college for all” has propelled nearly all high school seniors to apply.

Yet the flipside of the college dream shows a different reality for those students struggling with rising tuition that often outpace inflation and student debt, now topping a record $1.7 trillion. Many low-income and students of color, often the first in their families to attend, are those who typically struggle the most to get through college itself, dropping out at higher rates and incurring debt with low job prospects—all of which the pandemic has compounded.

Below, IPR education experts offer their evidence-based insights into how we can ensure better college experiences for all students, especially those most at risk for dropping out, as well as proposing alternate and more accessible paths that do not require four-year college degrees or incur significant debt.

Is It Still Worth It to Get a College Degree?

While many students may wonder if taking on debt to graduate from college—currently over $36,000 on average for four-year degrees—is a good investment, research by IPR economist Ofer Malamud suggests that it still is a worthwhile one for most.

He and Lisa Barrow, an economist at the Federal Reserve Bank of Chicago, analyze two- and four-year college degrees’ monetary and nonmonetary benefits based on the expected costs and benefits for individuals. Across various institutions, majors, and demographic groups, they find that some groups of students get more out of the decision to go to college. For example, the net benefit of a four-year degree is $236,000 for men and $187,000 for women, and their estimates for White men are higher ($182,000) than estimates for Black men ($118,000).

For some, not going to college may prove to be a wiser choice.

“There are some skilled occupations that continue to pay well for those without college degrees,” Malamud said, referring to plumbers, electricians, and other skilled trades.

“Not everyone should necessarily be going to college,” he continued. “But among those that do, one key issue is that some folks who start college drop out without having received a useful qualification.”

For those students, he points to programs like the City University of New York’s Accelerated Study in Associate Programs that have led to higher graduation rates.

He and Barrow also note that student debt may be especially burdensome for students who drop out or have lower-than-average salaries after college. It is important to realize that there is some risk when choosing to attend college.

To help those with such unmanageable debts, Malamud proposes expanding special types of loans, known as income-contingent loans, on a universal basis in the U.S. Such loans, which were used under the Clinton and Obama administrations, limit repayment based on an individual’s income. They enable borrowers to delay repayments if they do not earn enough to repay their loan, and after a certain amount of time, their debt could be forgiven.

Instead, a popular proposal among House and Senate Democrats is forgiving up to $50,000 in student debt for all. Malamud, however, suggests this proposal might not make for good policy. Such loan-forgiveness proposals, he explains, are extremely expensive and not well-targeted. In many cases, they would exceed the collective spending on many of the nation's major social safety programs, which in 2019 cost about $361 billion. Plus, many of the beneficiaries of loan forgiveness would include many people who are already doing well financially.

“We need to target the aid to people who need it most,” Malamud said.

IPR education economist David Figlio adds that it may help if institutions had “skin in the game” or shared the risk of paying off college student debt. Not every institution requires this level of accountability, he says, but it may be a valuable tool regarding institutions with graduates who are consistently performing poorly in the labor market and struggling to pay back their student loans.

“Students shouldn’t be the only people who bear some consequences for things not working out well,” he said.

Should Some Students Include Interim Degrees in Their Pursuit of College for All?

Upon closer examination of the “college-for-all” policy, IPR education researcher James Rosenbaum asks if nearly all high school students should focus only on baccalaureate degrees, when interim degrees would provide more dependable payoffs.

For those that persist: It generally takes about five years to complete a four-year college degree, and an average of six years or more if students begin at a two-year college.

So, what can be done to improve higher education access and graduation rates?

Rosenbaum begins with the idea that not everyone needs to go to a four-year college to be successful. He proposes enlarging the idea of college, saying that college for all should encompass both four- and two-year (associate’s) degrees, also known as sub-baccalaureate (sub-BA) programs. Such programs also have the distinct advantage of costing far less than traditional, four-year college degrees. The average net price of attendance for first-time, full-time students at a public two-year college is $7,300. In comparison, the average price is $13,900 at a public four-year college and $27,200 at a private nonprofit four-year college.

“Sub-BA programs often have lower academic prerequisites, and they reduce the high proportion of students who get college debts but no degree,” Rosenbaum said.

Plus, he points to how graduating from a community college or a certificate program can lead to getting a well-paying job. Think plumber, web developer, or nurse, for example. In his book Bridging the Gaps, Rosenbaum finds that students who complete two-year programs have higher employment rates, earnings, and job satisfaction than individuals who enroll but drop out.

Still, much work remains to be done to keep these students from slipping through the cracks of sub-BA programs, particularly for the low-income and first-generation students who often lack the social capital of more traditional students and are more likely to drop out.

Rosenbaum proposes creating structured pathways for them that include more intensive advising and stronger career services. He has worked with a local community college, Harper College in Palatine, Illinois, to do just that by collaborating with local high schools to prepare students for a college curriculum, for instance.

How Can We Better Support Marginalized College Students?

Whether attending a two- or four-year college, some students also continue to face major challenges once they are over the hurdle of getting in. IPR social psychologist Mesmin Destin, who studies the psychological experiences of students from low-income backgrounds and students of color, explains how.

“The financial and psychological stress of paying for college presents a major barrier for students as they attempt to learn and engage in college life, with negative consequences for achievement and wellbeing,” Destin said.

So, how might students and colleges break down these barriers? According to Destin and his colleagues, students can use their backgrounds and identities as strengths to help them persist.

“In much of our work, we show the importance and positive consequences of drawing attention to the unique strengths and value that students from historically marginalized backgrounds bring to college environments,” he said.

Destin said one main challenge is that colleges and universities do not have the structures in place that can enhance learning environments and strengthen campus communities for students from marginalized backgrounds.

“A variety of institutional policies, teaching practices, student interactions, and other aspects of postsecondary settings can impair the college experience for students from lower-income backgrounds in particular,” he said.

He also encourages educators and policymakers to recognize how smaller costs on top of tuition, such as activity fees and internship expenses, can prevent students from fully partaking in the college’s social and academic benefits. And he underscores the importance of addressing students’ psychological wellbeing.

“The positive effects of reducing financial strain during college cannot be fully realized without corresponding attention to the full costs of attendance and the psychological experience of students,” Destin said.

IPR researchers Teresa Eckrich Sommer, Lindsay Chase-Lansdale, and Lauren Tighe are evaluating another unique and promising intervention that could address educational inequity for low-income families in Toledo, Ohio, where only 1 in 5 adults holds a college degree.

The program, HOPE Toledo Promise, promotes postsecondary success by offering high school graduates and one of their parents a fully funded, 4.5-year college scholarship, as well as supportive services. The program launched with the 2020 graduating class of Jesup W. Scott High School. All of the families are from low-income backgrounds, and most identify as Black.

“HOPE Toledo Promise builds upon our past research that investing in the education of parents and children at the same time has greater benefits than single-generation investments,” Sommer said. “We believe a two-generation approach to college scholarships holds great promise.”

HOPE Toledo is the only known two-generation college scholarship program taking a family-centered approach to economic mobility. The program also addresses a critical barrier that Destin mentioned—financial barriers. Fully funded college scholarship programs are rare, and most do not cover full tuition, room and board, and other school-related costs.

“The HOPE Toledo College Promise Program and we were recently awarded a grant from the Kresge Foundation, and as research partners, we will we study the expansion of the program as well as the proposed systems change in Toledo that will strengthen program impacts,” Chase-Lansdale said.

Despite starting during the COVID-19 pandemic, both generations are experiencing success, according to the IPR researchers. The August 2021 report draws on administrative data, surveys, and interviews. After one year in the program, youth and their parents persisted at two- and four-year institutions in the Greater Toledo area, and their academic performance was at or above average.

One parent participant said, “We just do a lot of competitions, but it’s all fun and games because it’s basically uplifting each other. [S]he’s uplifting me to go back to school. I’m lifting her up to go, you know, follow her dreams and be whoever she wants to be.” 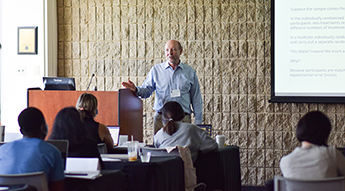