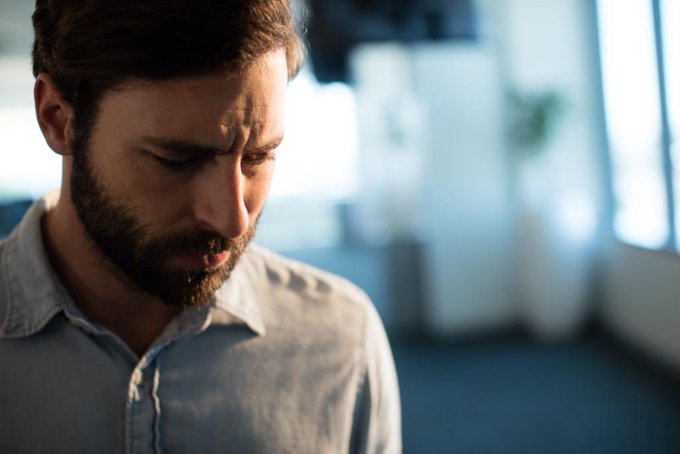 This month's new research from IPR faculty covers how parent and adolescent stress influence executive functioning in urban youth, principals relationships with parents, how the internet can help address inaccurate information, the various ways readers find news stories, what campaign speeches reveal about politicians, and whether monetary sanctions are just.

Unmanaged stress can have a profound impact on an adolescent’s physical and mental well-being leading to illnesses such as anxiety and depression. In the Journal of Prevention and Intervention in the Community, IPR psychobiologist Emma Adam and her colleagues explore whether parental and adolescent stress act as mediators between economic status and adolescent executive functioning, or cognitive skills that control thoughts, actions, and emotions, in urban youth. In Chicago, 267 students in 6th–11th grade attending racially and socioeconomically diverse schools self-reported on their stress living in an urban environment and their executive functioning. Of the participants, 49% were African American and 55% were female. Their parents also completed a questionnaire about their chronic stress and demographic information on the family’s socioeconomic status. Results show that parent stress was directly related to adolescent stress, which significantly predicted the adolescents’ ability to control their emotions. At the same time, the researchers were surprised to find that parental stress did not impact the adolescent’s ability to control their mood nor delay impulsive behaviors. The findings suggest that closer attention should be paid to elements in urban environments that may alter youths’ ability to change from one task to another and adapt to new situations, control mood, and stop impulsive behaviors.

Relations with Parents in the Era of Test-Based Accountability 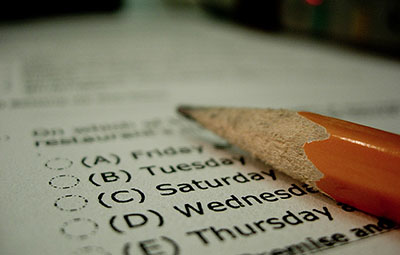 The era of test-based accountability has placed pressure on urban schools. In a study published in Urban Education, IPR sociologist Simone Ispa-Landa and Jordan Conwell of the University of Wisconsin-Madison analyze Chicago Public School principals’ relationships with parents. They conducted an analysis of 166 interviews done by education professor and IPR associate James Spillane and IPR faculty adjunct Michelle Reininger between 2009 and 2012 from a longitudinal study of 26 Chicago Public School principals. All of the principals were new to their position. Nine of the principals identified as White, eight as Black, eight as Latinx, and one as multiracial. The questions focused on principals’ relationships with school stakeholders, including parents, whom they frequently discussed in relation to students’ test scores. The researchers find that boosting test scores was central to the principals’ conception of urban school leadership and that the pressure to raise scores were visible in CPS principals’ self-reported views of and relations with parents. Some principals pursued strategies of banning parents from involvement in academic matters, seeking to disconnect home and school by isolating students from their homes, while others thought schools would have better test scores if parents were more involved in their children’s education. The researchers write that thinking of “principals in urban schools as street-level bureaucrats and parents as clients of the urban school bureaucracy offers a way to understand why test-based accountability pressures were so visible in principals’ views of and relations with their schools’ parents.”

Look It Up: The Internet Can Help Redress Inaccuracies

Research shows that what people read influences their knowledge, and if they read inaccurate information, they can reproduce those same inaccuracies later, with those inaccuracies also influencing judgments and decisions. Experiments that demonstrate this process differ from real-life situations where people can check facts by going online. In Memory & Cognition, psychologist and IPR associate David Rapp and Amalia Donovan (PhD 2020) report on three experiments to test whether internet access improved the accuracy of people’s responses. In the first and second experiments, 216 participants read texts that included false information and were later asked questions related to that information. Half of the participants could look things up on the internet while answering. This group answered more questions correctly than did participants who were not permitted to look things up, as hypothesized. The third experiment allowed all participants to use the internet, with half receiving a warning that the texts included inaccuracies. People who received the warning provided more accurate answers overall than those who did not, but the warning did not lead to fewer reproduced inaccuracies that came from the readings. All three experiments showed that with respect to topics they knew little about, participants tended to reproduce inaccuracies more than when considering topics they were likely to know were wrong. Looking information up was helpful at ensuring successful understandings and performance.

Incidental News Consumption on a Continuum 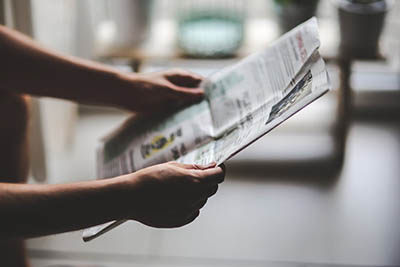 Incidental news consumption, or audiences’ encounters with news that they were not purposely seeking, has increased as more people use social media. In a study published in Journalism, media scholar and IPR associate Pablo Boczkowski and his colleagues look at the dynamics of incidental news consumption. The researchers conducted 200 semi-structured interviews between March 2016 and February 2019 in Argentina, Finland, Israel, Japan, and the United States. They asked respondents the last time they consumed news, along with open-ended questions about the respondents’ general media consumption patterns and the role of incidental news consumption. They find most respondents combine intentional and incidental news consumption. At the micro, or personal, level, respondents deliberately sought out news and incidentally consumed it, such as through social media or apps. At an intermediary, or meso, environmental level, participants heard about the news because a family member turned on the TV or radio or read posts connections shared on social media. At a macro, or society, level, respondents reported that news was more difficult to avoid in countries with higher levels of political or economic conflict, such as Argentina, Israel, and the U.S. There were similarities in news consumption across countries at the micro and meso levels, but at the macro level, national conflict increases the likelihood of incidental encounters with news. Further research is needed to understand the phenomenon, including the coexistence of mindless scrolling through social media and attention to news.

What Campaign Speeches Reveal About Politicians

What can we learn from how presidential candidates’ stylistic choices in words and pronunciation vary as they speak to different audiences or about different subjects? Linguistics scholar and IPR associate Annette D’Onofrio and graduate student Amelia Stecker examined speeches by Barack Obama, John McCain, and Mitt Romney from the 2008 and 2012 elections in Language in Society. They analyzed eight speeches for each speaker and campaign year, for a total of 32, and noted where the speeches were given and to whom. The researchers focused on two variables of speech—the use of -ing or -in at the end of a word, such as “thinking” vs. “thinking,” and the hard (known as released because a burst of air is released) or soft (unreleased) pronunciation of “t” at the end of a word such as “cat.” They also classified each sentence in the speeches by topic—for example, a description of an opponent or the speaker identifying as an ordinary American. Their findings confirm earlier research that candidates shifted their style of speech for different audiences, locations, and topics, but they also demonstrate that these shifts have social meaning. The candidates employ linguistic variations to build their public personas for particular locales and even topics, and use variability in their pronunciation to indicate, for example, flexibility or consistency, authenticity or acuity. D’Onofrio and Stecker conclude that the politicians’ variability in speech is socially meaningful, and that further study should explore how audiences evaluate it. 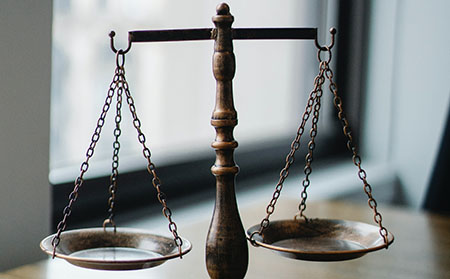 Courts impose fines, fees, restitution, and surcharges on people convicted of crimes that span traffic violations to violent felonies. How do people sentenced to pay these monetary sanctions understand them as part of the justice system? As part of ongoing research into the scope and effects of monetary sanctions in eight states, Mary Pattillo, a sociologist, African American studies researcher, and IPR associate, and graduate student Gabriela Kirk interviewed 68 people sentenced to pay sanctions in Illinois. In the UCLA Criminal Justice Law Review, the researchers examine how those sanctioned think about the fines and fees in the context of four kinds of justice: constitutional, retributive, procedural, and distributive. The sample of interviewees were mostly poor—59% had incomes below $1,500 per month—and over two-thirds were racial/ethnic minorities, which aligns with the makeup of Illinois’ prison population. Although the interviewees saw the sanctions as justifiable punishment, they also saw them as impossibly large on their low incomes, as further punishment beyond prison, and as coercion by an “opaque and greedy state.” The authors conclude the sanctions serve some retributive justice goals but violate the other forms of justice. They characterize monetary sanctions as “extortion” and a form of social control of poor people and recommend eliminating them for poor defendants.