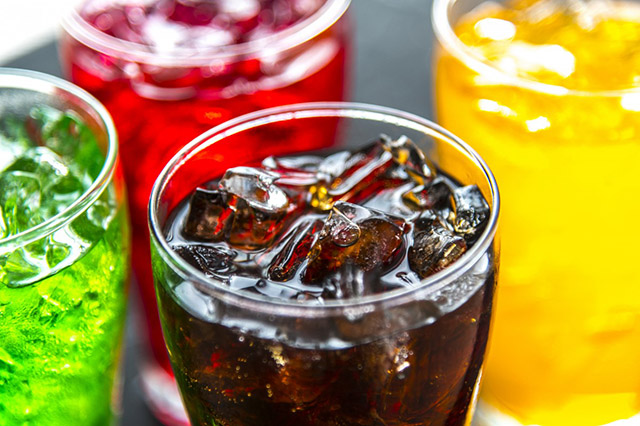 This month's new research from IPR faculty covers how parental depression and incarceration each affect children, how the public views partisanship, family sizes in France, narratives about gender, and campaigns to reduce the consumption of sugary drinks.

Roughly 15.6 million children in the United States live with a depressed parent. What impact does that have on their children’s physical health into adulthood? In Society for Research in Child Development, IPR health psychologists Edith Chen and Greg Miller and their colleagues evaluate how living with a depressed parent during adolescence affects metabolic syndrome—a group of risk factors that predict diabetes, stroke, and heart disease—in adulthood. In 2001–2002, 667 African American parents of children aged 11–13 from rural Georgia reported their depressive symptoms. The parents of 500 of the original participants again reported their depressive symptoms when the children were 16–18 years old. At age 25, 391 participants had their blood drawn. They also completed questionnaires assessing their ability to self-regulate, their health and sleep behaviors, their life stresses, and their cigarette, alcohol, and marijuana use over the past month. The researchers find parental depression across ages 11–18 was correlated with higher metabolic syndrome composite at age 25, but only when coupled with low self‐regulation and high levels of unhealthy behaviors. Since self-regulation and health behaviors can be changed, these results offer hope for the health outcomes of youth exposed to a depressed parent.

Do Americans wish for more viewpoints to be included in the legislation considered by Congress? In Legislative Studies Quarterly, IPR political scientist Laurel Harbridge-Yong and her co-author investigate how American voters respond to the legislative majority party’s agenda setting—the control of which proposals are debated and voted upon. In two survey experiments, participants viewed mock newspaper articles discussing proposed legislation and answered questions about their perceptions of the legislative process. A third experiment examined participants’ responses to more general characterizations of which proposals received attention or were ignored. The first two experiments focused on criminal justice reform and energy policy respectively, and the third experiment asked general questions about government agenda-setting and fairness. The authors hypothesized that majority-party supporters would support their party’s legislation regardless of ignored alternatives, while backers of the minority party would be less supportive when minority or bipartisan-backed proposals were ignored. However, they found that all subjects, regardless of political identity, were skeptical of legislation when they learned alternative proposals from the minority party or from bipartisan groups had been ignored, showing that fairness in the legislative process is important to the public. These findings suggest that Americans value inclusion and accountability in politics. The researchers also note that 59% of survey respondents thought that there is little or no news coverage of alternative policy proposals, which suggests that important intermediaries are not helping voters understand the winner and losers in the legislative process.

Why do Muslim women, on average, have more children than women of other backgrounds in France? In Demographic Research, IPR sociologist Julia Behrman and Jeylan Erman of the University of Pennsylvania investigated the underlying socioeconomic and sociocultural factors in Muslim women’s desired fertility. French fertility rates are relatively high for Western Europe. Observant Christian (mostly Catholic) women have more children than do less religious women, and women who migrate from, or whose family migrated from, majority-Muslim countries have more children than other French women. Using a sample of over 9,400 Muslim, Catholic, and other women from the 2008–09 French Trajectories and Origins Survey, the researchers analyzed respondents’ ideal family size, contraceptive usage, and background characteristics such as how religious they are, whether they migrated, and how many siblings they had. The number of siblings may be a way to gauge women’s valuing large families based on their own childhoods. Behrman and Erman discovered that Muslim women’s ideal family size is about three children, compared to non-Muslim women’s ideal of about 2.5, on average. Female Muslim respondents were more likely to be less educated, come from families that migrated to Europe, and to be significantly more religious. The higher degree of religious faith and desire for larger families largely explained the differences in ideal family size between the Muslim and non-Muslim women—more so than their socioeconomic status and migration status. The authors stress that it is important to see Muslim women’s fertility ideals as similar to those of other religious women in France. 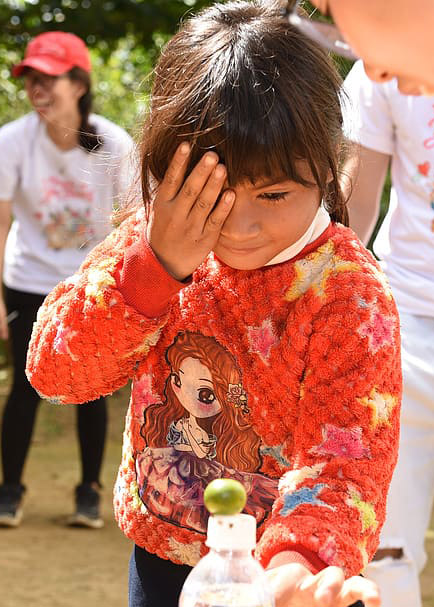 In Child Development, IPR developmental psychologist Onnie Rogers investigates how children’s gender identity narratives reinforce or disrupt hierarchy around gender and if age and gender matters to these narratives. Rogers interviewed 233 children from diverse racial backgrounds aged 7–12 from three schools in the Pacific Northwest. She asked students about their social relationships, academic experiences, and the importance of gender. She divided student responses into four different narratives or “shared cultural stories” that reinforce structural inequality by organizing how individuals formulate their own identity about gender. The majority of children, 61%, recounted a difference narrative in which they spoke about gender in ways that emphasized the differences between boys and girls. Only 3% told genderblind stories, which consider gender as inconsequential. The gender stories seemed to express conflict and tension in incongruent narratives for 22% of the children. They voiced discrepancies embedded in gender hierarchy, such as “I like being a girl,” but “I don’t like being treated badly.” The remaining 13% constructed a counternarrative, acknowledging that boys and girls are not treated equally and protesting gender injustices. Overall, age and gender mattered in the narrative children told about gender. Older students, fifth and sixth graders, were more likely to tell narratives that disrupted the status quo than younger students, second, third, and fourth graders, and girls told more of these narratives than boys. This work underscores that children are able to and will question injustices related to social groups. Rogers writes that future work should explore whether these attitudes are specific to this age of development and the role race plays in children’s attitudes about gender.

A Campaign Against Sugary Drinks Works

Sugar-sweetened beverages are the biggest source of added sugars in the American diet, and they contribute to obesity, an underlying cause of premature death, and possibly to cancer as well. In Preventive Medicine, communication studies researcher and IPR associate Ellen Wartella and a team of researchers evaluate a statewide campaign in New Jersey to reduce consumption of these drinks. NJ Sugarfreed ran from December 2017 to September 2018. Two campaigns targeted Black and Hispanic low-income mothers and caregivers, who tend to control which beverages their families choose; their families tend to  drink more sugar-sweetened drinks than low-income White families. Sugarfreed focused separately on Passaic County because it had the highest level of at-risk inhabitants. All versions of the campaign used a collective impact framework: They worked with local organizations to amplify messages and used social media channels, testimonials, fact sheets, and workplace communication to reach families. The campaign surveyed about 800 people, in English and Spanish, before and after the campaign. Researchers also examined commercial beverage sales data. Survey respondents showed a 5% decrease in those who consume one or more sodas per day in Passaic County, compared to a 1% decrease among respondents in the whole state. Sugar-sweetened beverage sales dropped 7% in Passaic and 6% statewide. The authors conclude that NJ Sugarfreed’s collective impact structure was a success and that similarly modeled campaigns are promising ways to reduce unhealthy behaviors that affect health disparities. 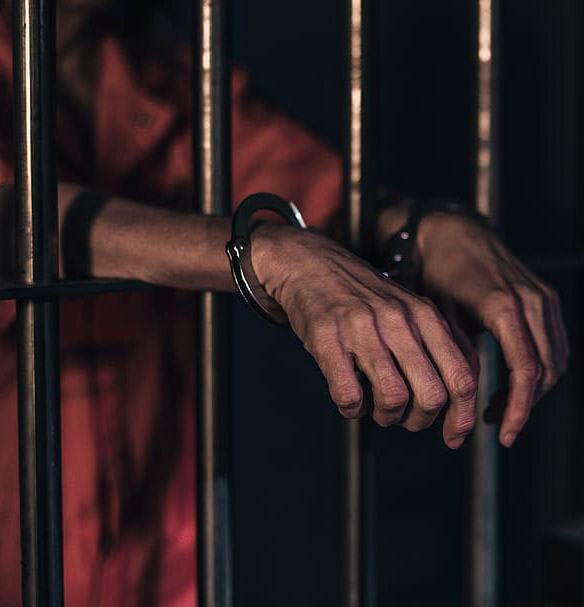 Mass incarceration affects not only those placed into the prison system, but their families and communities — especially children whose parents are incarcerated. In a study published in Social Science Research, sociologist, legal scholar, and IPR associate John Hagan, Texas A&M’s Holly Foster, and California State University, Long Beach’s Chantrey Murphy study how the incarceration of fathers affects their children’s educational attainment. Hagan and his co-authors model data from the National Longitudinal Study of Adolescent to Adult Heath (Add Health) combined with state-level government agency data, state population census data, and survey data collected from state correctional facilities, in an effort to characterize how state-level incarceration patterns affect national outcomes. They find that children of incarcerated fathers in states with higher paternal incarceration rates, as well as higher rates of concentrated economic disadvantage, are less than a quarter as likely to graduate from college as other children. The study also considers states’ welfare and education  institutions designed to help disadvantaged children in general, finding that policies that would seem to promote equity between children with and without incarcerated fathers don’t accomplish as much as expected. They say this implies that policies may need to be more directly targeted toward those children and the challenges they face.