It has always been an urgent challenge for the medical community to improve how organs from deceased donors are matched to patients for potential transplants. In a study published in the Proceedings of the National Academy of Sciences, IPR economist Charles Manski and his colleagues apply econometric analysis to improve prediction of transplant success. Similar analysis could also benefit other types of organ transplants.

With Anat Roitberg-Tambur, a transplant immunologist in the Feinberg School of Medicine, and Northwestern economist Michael Gmeiner, Manski looks specifically at human leukocyte antigen (HLA) genotypes, key components in regulating the body’s immune system. HLA compatibility is currently given little weight in the algorithm that matches organ donors and recipients, but their research suggests it should be a much higher priority. The three researchers find that HLA compatibility is important long term: A genetically incompatible immune system may begin to produce antibodies that can lead to rejection of the transplanted kidney later in life.

“Immediately after the transplant, having a poorly matched patient and organ doesn’t do much damage necessarily, but over time, after one, three, five years, the consequences of a mismatch become more severe,” Manski said. “The existing models of transplant success that have been used in this medical research don’t allow for that possibility. So we used a much more flexible setup that doesn’t rely on the assumption that there’s no change over time.”

Instead of the widely used “proportional hazards model,” Manski and his co-authors deploy nonparametric regression methods that offer better predictive power and allow risks to vary over time. They combine data from the Scientific Registry of Transplant Recipients (SRTR) with information from HLA database HaploStats to build a more realistic model of genetic compatibility and organ acceptance. Previous studies have used these data, but none have placed the same emphasis on long-term compatibility.

“You’d like to have the most detailed information about the genetic structure, and it’s become better and better as biologists have learned how to do DNA sequencing, and so on,” Manski said. “But the data that’s generally available still aren't nearly as good as they could be. Our paper is meant to make the most of the existing data and improve the ability to make predictions.”

Manski says that by incorporating econometric analysis in medicine, as he describes in his recent book, Patient Care Under Uncertainty (Princeton University Press, 2019), researchers can seek to make the findings they provide to clinicians as sound as possible.

“In econometric work, we’re always trying to make predictions of what’s going to happen with a policy outcome or something else conditional on the information that you have. That’s  analogous to what happens in medicine with doctors trying to predict what will happen if you treat patients in a particular way,” Manski said. “Even though substantively, public policy is quite different from medical research, they’re methodologically very closely related.”

Charles F. Manski is Board of Trustees Professor of Economics and an IPR fellow. 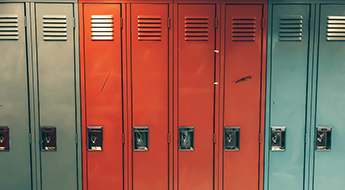