Survey found differences across groups of Americans, notably by gender and race 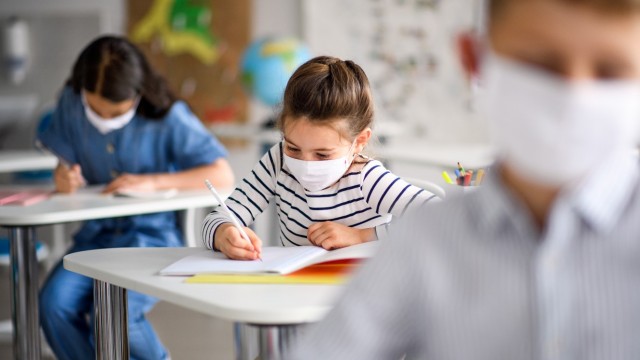 According to the latest results from an ongoing national survey of attitudes about COVID-19, most Americans do not believe it is safe for K-12 students to return to in-person classes this fall. Only 31% of respondents believe that returning to school is very safe (10%) or somewhat safe (21%).

There are differences across groups of Americans, notably by gender and race. For instance, women are less likely to consider returning to school as very or somewhat safe (28% versus 34% for men), as are non-white respondents (19% versus 37% among white respondents).

In addition, the study found attitudes toward the safety of students returning varied greatly by income, with the wealthiest respondents (incomes over $200,000) almost twice as likely as the least wealthy respondents (incomes under $10,000) to express confidence in school safety (40% versus 22%).

The researchers, including IPR political scientist James Druckman as part of a consortium of four universities conducting “The COVID-19 Consortium for Understanding the Public’s Policy Preferences Across States,” which includes Northwestern, Harvard, Northeastern and Rutgers, also discovered state and partisan disparities in perceptions about school reopening safety.

“Clearly, Americans are concerned. That those with lower incomes exhibit less confidence may track resource differences between schools that are needed to return safely,” said Druckman.

The five states exhibiting the highest level of confidence are solid Republican-led states, while the five least confident states include two solidly Republican, and three (including the District of Columbia) are solidly Democratic.

Like many other responses to COVID-19, attitudes about school safety differ greatly by political affiliation.

Among those who identify as Republican, 53% believe it would be safe for K-12 students to return to school compared to 15% of Democrats and 28% of independents.

However, Democrats with children at home are 8% more likely to believe school is safe than their counterparts without.

“The general partisan difference echo findings we have had in all of our surveys,” Druckman said. “That Democrats with children express more confidence may reflect hopeful projections, or, perhaps, more information about precautions being taken.”