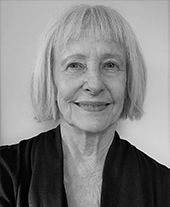 Alice Eagly is a social psychologist who has published widely on the psychology of gender and of attitudes, especially attitude change and attitude structure. In both of these areas, she has carried out primary research and meta-analyses of research literature. She is the author of Sex Differences in Social Behavior: A Social Role Interpretation, The Psychology of Attitudes with co-author Shelly Chaiken, and Through the Labyrinth: The Truth About How Women Become Leaders with co-author Linda L. Carli. Eagly also is the author of numerous journal articles and chapters in her research specialties.

Women and Leadership. Eagly's book on gender and leadership, Through the Labyrinth: The Truth About How Women Become Leaders, was published in 2007 by Harvard Business School Press. Some of her findings appear in a 2007 article in Psychology of Women Quarterly, "Female leadership advantage and disadvantage: Resolving the contradictions" and a 2002 article in Psychological Review, "Role congruity theory of prejudice toward female leaders," co-authored with Steven Karau at Southern Illinois University at Carbondale. In 2011, she published a meta-analysis on stereotypes of leaders in Psychological Bulletin that focuses on the extent to which leadership roles are perceived in feminine or masculine terms and on differences in these perceptions between nations and across time periods.

Stereotype Content. Another current project examines the content of stereotypes about social groups. This research tests the theory that stereotype content emerges from observations of the behaviors inherent in the social roles that are commonly occupied by members of social groups. A 2014 article with Anne Koenig of the University of San Diego reporting a test of this theory has appeared in the Journal of Personality and Social Psychology and a 2019 article in Social Psychology  Quarterly. Eagly is currently working on a project on gender stereotypes across time and nations, based on stereotype data in nationally representative public opinion data.

Feminism and Psychology. Another emphasis of Eagly’s work is examining the relation between feminism and psychology, in particular the emergence of a large, diverse field of research pertaining to gender and women. With several colleagues, she published a 2012 article in the American Psychologist exploring the content and dissemination of this research. In a 2014 article with Stephanie Riger of the University of Illinois at Chicago, she has addressed relation between feminist methodological and epistemological critiques of psychology and contemporary psychological science. In a 2018 article in the Journal of Social Issues, Eagly has analyzed the impact of feminist ideology on research pertaining to sex and gender. She argues that this ideology has encouraged a focus on the external environment causing female disadvantage and a de-emphasis of other types of influences.

Science and Advocacy. Eagly has addressed the relations between scientific findings and advocacy on diversity issues. To illustrate the chasm that can develop between research findings and advocates' claims, Eagly analyzed two research areas in a 2016 article in the Journal of Social Issues: the effects of the gender diversity of corporate boards of directors on firms' financial performance, and the effects of the gender and racial diversity of workgroups on group performance. On both of these topics, social science myths have gained wide acceptance. Eagly recommends that social scientists should dispel these and other myths and act as honest brokers by communicating consensus scientific findings to advocates and policymakers in an effort to foster exploration of evidence-based policy options.

Henningsen, L., A. Eagly, and K. Jonas. Forthcoming. Where are the women deans? The importance of gender bias and self-selection processes for the deanship ambition of female and male professors. Journal of Applied Social Psychology (21 pp).

Eagly, A. 2018. The shaping of science by ideology: How feminism inspired, led, and constrained scientific understanding of sex and gender. Journal of Social Issues 74(4): 871–88.

Stockdale, M., and A. Eagly. 2018. Beyond representation of women in I-O to producing gender-inclusive knowledge. Industrial and Organizational Psychology 11(3): 448–55.