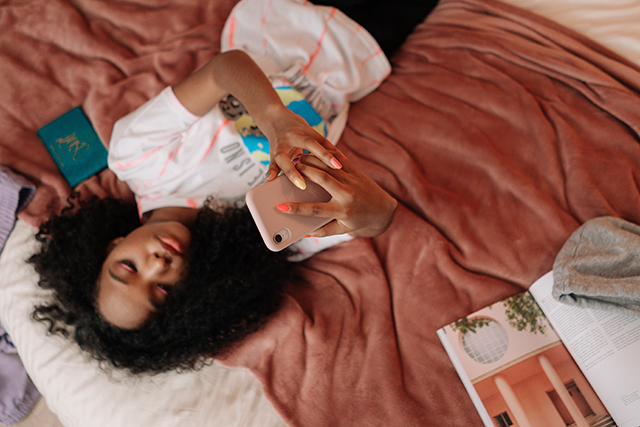 This month's new research from IPR faculty investigates how adolescents respond to racism on social media, whether a family's attitude toward gender impacts a girl's math score, and the impacts of Romania's educational expansions. The research also explores the importance of understanding scope in social science interventions, the causes and consequences of fewer jury trials, the pandemic’s impact on affective polarization, and if personality differences among twins played a role in their life outcomes.

The math gender gap has costly implications for girls as it may impact their future outcomes, including pursuing a career in STEM and potential earnings, but what drives the gap? In the Journal of Economic Behavior and Organization, IPR education economist David Figlio, finance professor and IPR associate Paola Sapienza, and their colleagues study whether a family’s attitude toward gender impacts a girl’s math score with two analyses. First, the researchers match Florida public school data with about 1.6 million birth certificates to examine whether a family’s preference for a son affects a girl’s math performance. Families were defined as “boy biased” if they had more children after firstborn girls than families with firstborn boys did. The findings indicate that girls in boy-biased families score three percentage points lower than those in other families. However, the researchers note the limitations of fertility patterns, including that they may be random. The researchers expand their analysis with data from the National Longitudinal Survey of Youth and compare 4,934 mothers’ gender attitudes and their child’s gender attitudes and math performance. The results show that a mother’s conservative attitude toward gender roles correlates with lower math scores for girls, but they find no correlation with boys’ math performance. Additionally, maternal attitudes correlate with children’s attitudes, suggesting that parental beliefs transfer across families. This research helps explain one potential reason behind the math gender gap by demonstrating the connection between family attitudes and girls’ math scores.  Figlio is the Orrington Lunt Professor of Education and Social Policy and Dean of the School of Education and Social Policy. Sapienza is the Donald C. Clark/HSBC Chair in Consumer Finance.

Did More Schooling in Romania Lead to Better Health and Longer Life?

Although educated people have better health and live longer, it is not clear that additional education per se leads to improved health and longevity. Evidence on the causal effects of education on health in low- and middle-income countries is especially sparse. In a study published in The Journal of Human Resources, IPR economist Ofer Malamud and his colleagues investigate the impacts of Romania’s educational expansions on health, hospitalizations, and mortality. Between 1956 and 1962, Romania expanded compulsory education from four to seven years. This large and rapid change enables the researchers to compare similar groups of people who had less education to those who had more. Using enrollment, census, and vital statistics records, they examine the health and mortality of over 2.6 million Romanians born between 1945 and 1953 for over 60 years, up through 2016. They find that the educational expansions led to a significant increase in schooling in the population (approximately 2 months on average, since not everyone was affected). However, the researchers do not find any causal effect of education on health and mortality in their analyses. They suggest that free access to healthcare in Romania and the Communist labor market, which enforced similar wages for all workers, may partially explain their results. Their study of a relatively poor country with lower educational attainment is especially valuable since most of the prior work on the causal effects of education on health and mortality has been done in the U.S. and Western Europe.

The Importance of Understanding Scope in Social Science Interventions

Social scientists have always studied human behavior and society, but in the last 50 years, they have increasingly turned to helping solve significant social problems by interventions and policies. When evaluating a possible intervention, social scientists look at the outcomes it leads to, its costs, and how easily and affordably it can be enlarged to include many people—its scale. IPR economist Jonathan Guryan, with the University of Chicago’s Monica Bhatt, Jens Ludwig, and Anuj Shah argue in a working paper that another aspect of an intervention’s effectiveness to assess is its “scope.” By scope, they mean how much an intervention can change a large share of the decisions that affect a person’s outcomes. A particular intervention might have a large impact on one decision an individual makes, but many decisions go into changing a given outcome. If one examined intervention shows a large effect, it might seem like an attractive policy change; however, the intervention might make little difference when considered as part of the whole range of decisions people make that produce improvements. The authors present a framework to examine policies that pays special attention to this range of decision making. Using it would enable social scientists to focus more on scope and to determine whether putting together multiple small-impact policies could result in large social changes. Guryan is the Lawyer Taylor Professor of Education and Social Policy. 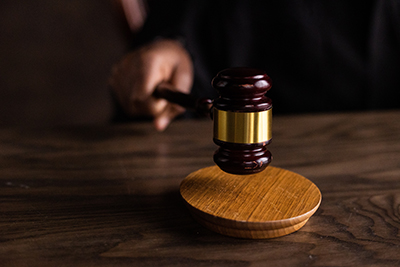 The decline in the number of U.S. jury trials over the last 50 years is well-documented. In a report commissioned by the American Bar Association and published in the Louisiana Law Review, law professor, psychologist, and IPR associate Shari Seidman Diamond and Jessica Salerno of the University of Arizona survey nearly 1,300 attorneys and 173 judges to understand the causes and consequences of fewer jury trials. The authors find that judges and lawyers see jury trials as slower, less predictable, and less cost effective than other methods of resolution, but they also view them as fair and preferable to the alternatives. The respondents attribute the decline in jury trials to damage caps and mandatory binding arbitration in civil matters and to mandatory minimum sentences and harsh sentencing guideline sentences in criminal cases. The researchers examine whether there is pressure to forego jury trials and from whom the pressure comes. In criminal trials, judges pointed to defense lawyers as the main source of pressure on defendants to plead guilty before trial, although the attorneys see themselves, judges, and the defendants’ family as sources. In civil cases, lawyers identify pressure to settle without a jury trial from plaintiffs’ attorneys, mediators, and judges, while judges do not see themselves as a frequent source of pressure. The authors suggest that the deterrents to jury trials most cited by the respondents be removed by eliminating or raising the level of damage caps, eliminating mandatory arbitration, reforming sentencing guidelines, abolishing mandatory minimum sentences, and reforming sentencing guidelines. Diamond is the Howard J. Trienens Professor of Law.

The Impacts of COVID-19 on U.S. Political Polarization

Did the COVID-19 pandemic exacerbate partisanship and polarization? In a new working paper, IPR political scientist James Druckman and his colleagues examine the impact that the pandemic had on affective polarization–how much partisans feel more negatively toward the opposing political party than about their own. To document polarization trends, the researchers use three datasets. Their main dataset includes over 300,000 interviews from July 2019–July 2020 and shows that affective polarization remained flat from July 2019 until the start of COVID-19 but declined once the pandemic began. After George Floyd’s death, affective polarization increased back to pre-pandemic levels. The two other data sources show no evidence of an increase in polarization after the pandemic began. The researchers also conducted a survey experiment with 1,503 respondents, one-third of whom read about the pandemic before answering questions about their faith in the country’s ability to deal with the pandemic. Two control groups either read about an unrelated topic or read nothing prior to answering questions. Having respondents think about COVID-19 before considering politics reduced the affective polarization they felt. Overall, the study indicates that the coronavirus pandemic did not increase–and may even have reduced–the affective polarization among Americans, even though survey respondents believed that the pandemic had divided Americans. The research suggests that crises such as a global pandemic may increase political unity, even if it, at the same time, stimulates people to take actions based on their partisanship (e.g., partisan responding to the crisis). Druckman is the Payson S. Wild Professor of Political Science.

When Does Striving for Success Have a Cost? 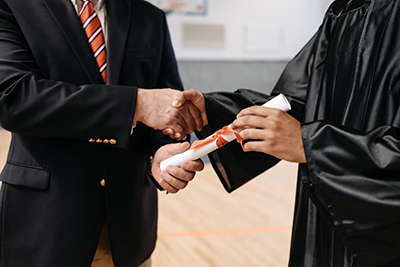 Among twins from low-income backgrounds, the one who works harder to achieve successes in life may experience a physiological toll, according to a study by IPR health psychologists Edith Chen and Greg Miller in Brain, Behavior, and Immunity. Chen and Miller, along with IPR research study coordinators Rebekah Siliezar, Johanna Dezil, and Jane Drage, compared identical twins to determine if personality differences played a role in their life outcomes. The researchers examined 141 sets of twins’ personality traits, mental health, educational attainment, and inflammation from two waves of data from the National Longitudinal Study of Adolescent Health. They assessed inflammation by using blood spots to measure levels of C-reactive protein (CRP), which is associated with health problems such as Type 2 diabetes and strokes. The findings show that twins with higher conscientiousness—a personality trait associated with success, including being hardworking, careful, and self-controlled—had more education, fewer symptoms of depression, and less alcohol use, regardless of their income level. However, among twins from low-income backgrounds, the twin with a higher level of conscientiousness had elevated CRP. In contrast, among twins from high-income backgrounds, the twin with higher conscientiousness had lower levels of CRP.  The twin design helps to ensure that differences in outcomes are not due to genetics or family environments that are shared between twins. This research shows that while conscientiousness is typically viewed as a positive trait for many life outcomes, among those who grow up under adversity, it may have a physical health cost. Chen is the John D. and Catherine T. MacArthur Professor of Psychology. Miller is the Louis W. Menk Professor of Psychology.