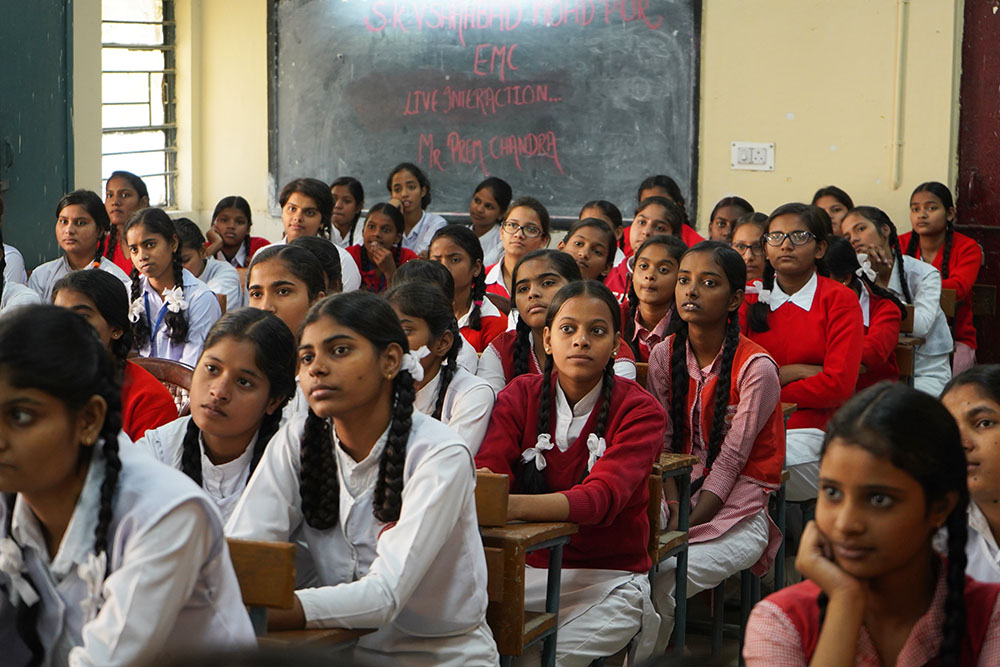 Despite having one of the largest economies in the world, India lags behind many countries around issues of gender equality. Female labor participation in India dropped to 20% over the last two decades, and a preference for sons has meant the population has disproportionately more men than women.

To combat these gender gaps, the government of one of India’s states is scaling up a school-based program that has proven to shift students’ attitudes about gender. The state of Punjab, which has a population of 30 million people, will implement it in government schools later this year, reaching 600,000 students per year. The program’s success was first documented in a study looking at the intervention in schools in the neighboring state of Haryana.

IPR economist Seema Jayachandran and her colleagues conducted a randomized control trial of the program, involving more than 14,000 students across 314 government schools. Their results show the intervention increased seventh and tenth graders’ support for gender equality and their gender-equitable behaviors.

“We found that the program made both boys and girls more supportive of gender equality,” Jayachandran said. She added that the program converted about 16% of their attitudes endorsing inequality to more equitable ones.

The nonprofit Breakthrough, which specializes in changing gender norms, implemented the intervention in partnership with the Haryana state government. Breakthrough facilitators taught one 45-minute session during the school day every three weeks between April 2014 and October 2016.

The two-and-a-half-year program centered around classroom discussions using a combination of human rights and pragmatic reasons to value women, such as their economic contributions and their ability to improve their children’s outcomes if they had more education. In one session, students listed which gender did various chores in their households and discussed whether it was fair that women often did more. The session challenged students to think about how society values the contributions of men who are paid as chefs compared to women who cook at home without being paid. 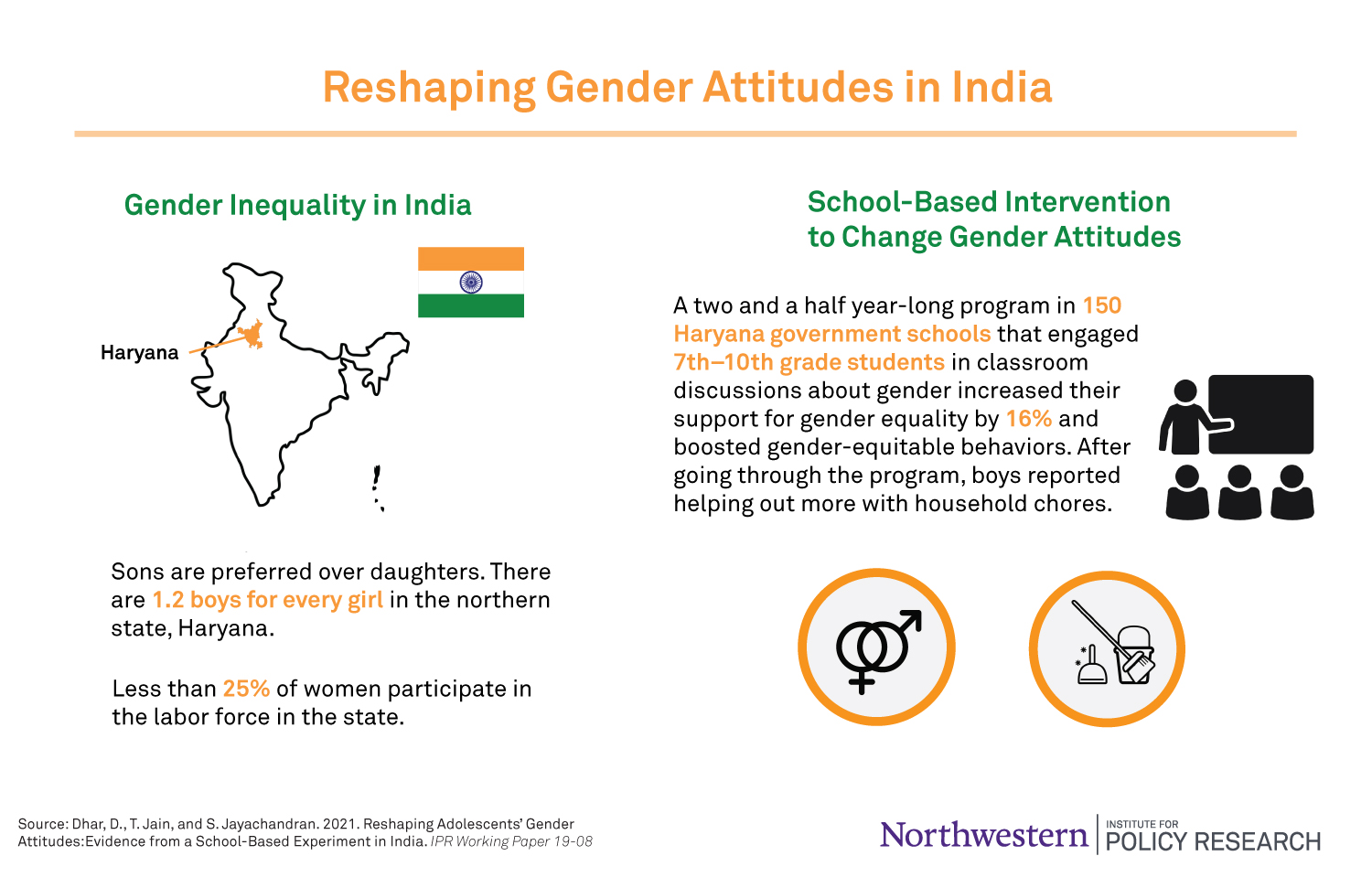 The curriculum was taught in 150 of 314 schools, with 164 schools in the control group that did not participate in the program. Students from all the schools were surveyed on their gender attitudes, aspirations, and behaviors before and after the program, as well as two years later when they were eleventh and twelve graders.

“What's especially striking is that the effects we saw a few months after the program ended were still as strong two years later,” Jayachandran said. “The greater belief in gender equality instilled by the program stuck with the boys and girls.”

The researchers find girls’ aspirations did not increase significantly because they were already high—though they did find evidence that girls held a stronger belief that they would go to college two years after the program ended. For boys, going through the program resulted in more gender-equitable behaviors, such as helping more with household chores. Jayachandran says these results highlight the need to include boys and men in interventions to address gender inequality.

“One plausible explanation is that boys have more personal freedom to act on what they believe in, without fear of reprisal or pushback from their family or community,” she said. “The very fact that boys and men have more power in society means that they might be better positioned to change practices.”

Jayachandran and her colleagues plan to follow the students into adulthood and study whether the program actually increases college enrollment for women and reduces early marriages. Based on the behavior changes they saw among boys who completed the program, she is optimistic that once they marry, it might increase the employment rate of their wives.

As the Indian government considers other locations to scale up the program, Jayachandran sees this type of intervention as having the potential to work in other countries. “The topics and curriculum would need to be tailored to the context,” Jayachandran argued. “But I think the general idea—having discussions about the human rights and economic reasons for gender equality in schools—is applicable in many places.”

Seema Jayachandran is professor of economics and an IPR fellow.