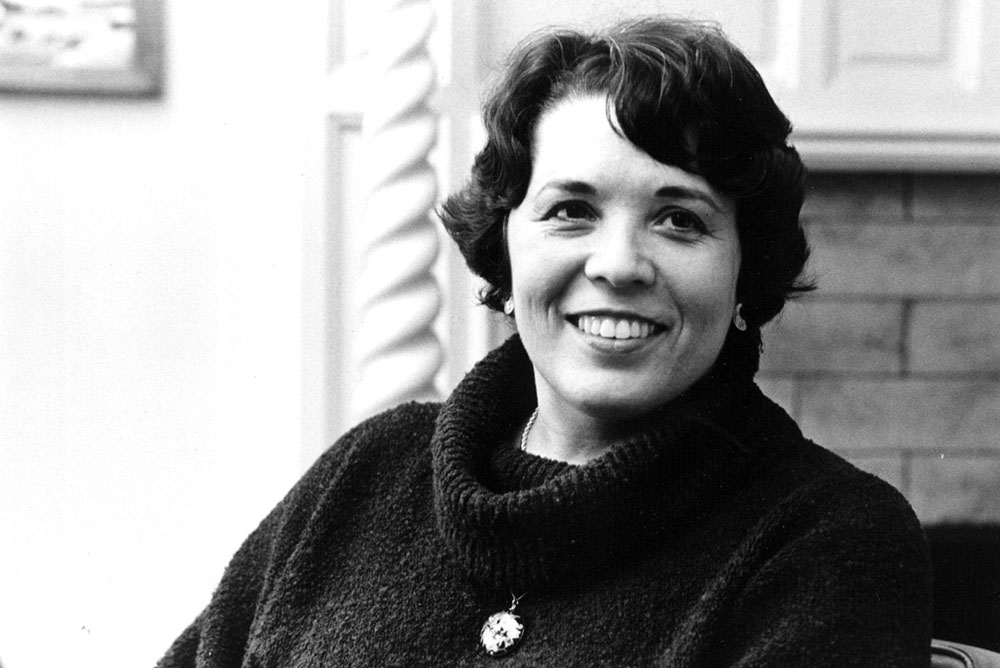 A groundbreaking scholar and accomplished administrator, Gordon became IPR’s third director in September 1980, when it was known as the Center for Urban Affairs, and served for eight years. She left Northwestern in 1988 to become dean of the University of Washington’s Graduate School of Public Affairs.

“Margo Gordon was a truly charismatic leader who had an extraordinary way about her that made each of us feel special and part of the really wonderful community of scholars that she created,” IPR fellow and director emerita Fay Lomax Cook recalled.

During her tenure as director, Gordon oversaw the transition to research projects with real-world policy applications, including the Reactions to Crime studies and the Residential Mobility projects, which studied the impact of the landmark Chicago public housing discrimination case, Hills v. Gautreaux, decided by the Supreme Court in 1976.

“Margo helped build some of the major themes and programs at the Center that are a part of IPR today,” Cook said. “She forwarded understanding of the importance of agenda setting – how policy agendas get set through the varying influences of public opinion, the mass media, ideology, interests, values, and information from research.”

In her own pioneering research, Gordon focused on women’s attitudes toward rape and their adaptive behaviors. She published The Female Fear: The Social Cost of Rape, co-authored with research associate Stephanie Riger, in 1989.

Born in Dixon, Illinois, Gordon began her long association with Northwestern by attending the Medill Cherubs summer program as a high school student. After graduating from Aurora High School, she received a scholarship to attend the university, earning undergraduate and master’s degrees from Medill and then a PhD in sociology.

Between her various degrees, she spent three years in Nsukka, Nigeria, with her first husband, Halfdan Johnson. While there, Gordon helped students at the University of Nigeria start a student-run newspaper, the Nsukka Record, the first of its kind, which is still published today as The Record. She also lived for a year in Aarhus, Denmark, and worked as a reporter and editor for Tennessee’s Chattanooga Times and Florida’s St. Petersburg Times before returning to Evanston to complete her PhD at Northwestern.

In one of her classes, she met sociologist Andrew (Andy) Gordon, a founding faculty member of IPR. They married soon after and both went on to spend nearly 20 years as professors at Northwestern.

In 1988, the Gordons were recruited to the University of Washington, where Margo became dean of the Graduate School of Public Affairs (now known as the Evans School of Public Policy & Governance). She directed it until 1998 when she stepped down to continue teaching and conducting research until her retirement in 2004.

“Margo will be remembered for bringing out the best in people and figuring out how to support them as a friend, professor, university administrator, dean or family member,” Andy Gordon wrote. “Margo really did have a twinkle in her eye and an enthusiasm that was infectious, especially in response to others’ joys and successes. She left no doubt with her friends and family how much she cared about them and was always her authentic caring self.”

In addition to her husband, Andy, she is survived by her children Sarah (Scott) and Seth (Bootsy), brother Joe (Barbara), grandchildren Carenna and Drake, and many wonderful friends and family members. Her family says they are grateful that they were able to be with her in her final days despite COVID-19.