“How Do We Stop the Bleeding Today?”

IPR sits down with sociologist Andrew Papachristos to discuss the pandemics of gun violence and COVID-19, as well as policing

by Patricia Reese with Derek Robertson 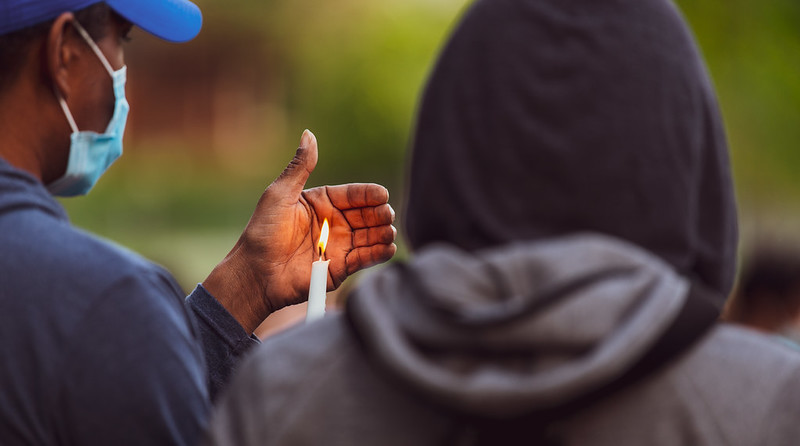 A vigil in June 2020 for George Floyd and others who have lost their lives to police brutality.

The protests that followed the killing of George Floyd at the hands of Minneapolis police have roiled the country all summer long, provoking widespread debate on fundamental questions, such as: 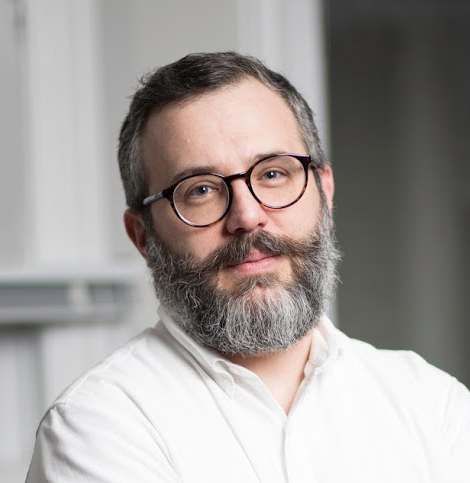 These are questions that IPR sociologist Andrew Papachristos grapples with every day in conducting research to better inform answers to them. A Chicago native, he grew up in nearby Rogers Park during the city’s homicide epidemic in the 1990s. Today, he is one of the country’s leading criminologists, pioneering new ways of thinking about and addressing issues around violence and policing as faculty director of the Northwestern Neighborhood & Network (N3) Initiative.

Papachristos’ research follows a long line of pathbreaking violence prevention, policing, and criminal justice work that dates back to IPR’s founding during the civil unrest of the late 1960s. A good portion of that research was conducted by IPR researchers, like political scientist Wesley Skogan and psychologist Linda Teplin—colleagues, with whom even today, Papachristos can just pick up the phone and talk through simmering research questions.

IPR sat down with Papachristos this summer to discuss what is and isn’t working in Chicago, as well as what has yet to be tried.

There have been calls for police reform since the late 1800s, basically since police departments were created. What do you see as being different about this particular point in our nation's history?

I think what’s different about the current moment is the attention to systemic problems, and that, hopefully, [reformers are] not letting their foot off the gas until we start thinking about systemic changes. It seems like, at least in my lifetime, this is the first time that those are at the front of the agenda. I think we said that after [the killing by police of] Michael Brown, too, and we saw some traction on the policing side with President Obama's Task Force on police reform, but … history repeats itself.

The thing I worry about is that we create a little bit of a trap where we pit short-term versus long-term goals against each other—because the reality is we need both.

We've seen more strident calls to defund or completely abolish police departments. What does “defund the police” mean to you as a researcher, and how do you see it being addressed?

There are a couple of issues. One is how the scale and scope of policing has skyrocketed, really starting in the late '50s, and since the War on Poverty. The number of functions that police and community officials have to deal with are so broad, and I think we have recognized for a long time that they're too broad. Some of the things they might do, from even a safety standpoint, are probably ineffective, or worse, doing more harm than good. The central idea pushing the defund movement is to understand—and reevaluate—how our budgets do or do not align with our values.

The systemic point is that we have to invest in alternative forms of public safety that have nothing to do with the police. These include things that aren't traditionally associated with, say, crime and violence but that are fundamental: housing, health education, childcare, access to justice, right? [Reform] will require us thinking about budgets in one way or another. Your budgets display your values, so as we re-envision public safety and think about what role should be played by a state police operation versus local entities, that's what I look at as a researcher. It's clear that lots of money goes towards policing, but actually at a neighborhood level, the informal ways of producing public safety—violence prevention organizations, non-profits, and so on—are arguably much bigger and can have a larger impact; but they have a tiny, tiny fraction of the investment that police have. People settle disputes all the time without calling the police; people deal with monitoring the behavior of kids all the time. So the majority of what we sociologists call “social control” is informal. We should be investing in that.

As people call to defund the police, Chicago is also dealing with a spike in gun violence and a pandemic, which is a situation you’ve cast as “managing two pandemics.” What do you mean by that?

I think [what’s] important in both of these cases, and this is what I wrote about in The Hill, is that they have similar short- and long-term solutions. In the long term, how do we stop the spread of diseases like COVID? You have infrastructures that support health and well-being, and access to PPE [personal protective equipment], and you make sure that your home is adequately equipped with Wi-Fi so your kid can do remote learning. In the short term, you do contact tracing, and you do behavioral modifications: Wash your hands, don't shake hands, wear your mask, right?

Gun violence is very much the same. With gun violence you ask, “How do we stop the bleeding today?” Literally, how do we keep people from being shot? Which is a different set of questions than how we keep guns out of people's hands in the first place, or how do we keep these disputes from spilling over into our streets, into neighborhoods where they impact kids. The solutions are not necessarily the same. They're different populations, and they're different ages. The people who are involved in shootings today tend to be older, whereas the people we're worried about tomorrow tend to be smaller children. So it requires primary, secondary, and even tertiary levels of intervention. And, on top of this, we also need to address the long-term underlying inequalities—inequalities in healthcare, justice, opportunities, education, and so on—that are so deeply embedded in our society and continue to cause such great harm.

The violence that happened that caused the big jump that you described is really contained in [about] a month to a month and a half of 2020. In terms of longer term trends, the best comparison is actually Chicago and L.A. in large part because L.A. in the 1990s—when they were dealing with the aftermath of Rodney King and pretty significant police abuse scandals—did a lot of the work that Chicago is just doing now around police oversight: around having these elected police boards, around dismantling their gang unit, and the rampant scandal around their consent decree. They built the thing that we're trying to do now (as part of the consent decree).

The other thing Chicago has, which is unique and contributes to the stable levels of gun violence, is in the way gangs are embedded into the city. L.A. had the same situation with their gangs. But gangs in Chicago are interwoven into the politics, economics, and the social institutions in this city in ways that are not seen in the others. Everyday life in neighborhoods is shaped by gangs in unique ways in Chicago.

Also, there are simply a lot more illegal guns in Chicago than there are in New York or L.A., and a lot of it has to do not with gun laws in Chicago or Illinois, but its proximity to Indiana, which is a more lightly regulated state. I mean, they recover 9,000–10,000 guns a year in the city of Chicago. How many guns must we have if you can do that every year? That is an astronomical amount, which means that guns keep circulating here in ways that we're not seeing in California, which has super strict gun laws and regulates secondary gun transactions.

What do you think people in neighborhoods with high rates of violent crime who are most affected by the pandemic want from police?

Given the profound racial and socioeconomic disparities where victims of gun violence and crime are far more likely to be Black or Brown than White, what does your research, and that of others, show as being some of the most workable ideas and initiatives that cities can use now to address these disparities?

As a starting point, cities need to begin a process of reconciliation and reckoning. … Until people acknowledge and talk about the harm that's been done, it's really hard to do anything else. And again, there are lots of initiatives that try to do this, but … it comes [down] to questions about how you do it, examining the relationships and [levels of] trust between citizens and police.

Andrew Papachristos is professor of sociology and IPR fellow. He directs the Northwestern Neighborhood & Network (N3) Initiative, housed at IPR. To find out more about their latest research that speaks to many of the issues above, read their reports.

*Estimated around the time of the interview.