How Bullying Affects the Brain

Bullying has proven to have negative effects on mental health, including an increase in the risk of developing a psychotic disorder for those being bullied. In a study published in Schizophrenia Research, psychologist and IPR associate Vijay Mittal and graduate research assistant Teresa Vargas examine over 100 adolescents to learn more about how bullying affects the brain. Looking at both healthy teens and those at clinical high risk (CHR) for psychosis, Mittal and his co-authors conducted clinical interviews, took reports from parents, and looked at MRI results to better understand the neural mechanisms associated with bullying. They found that higher-risk individuals were exposed to more bullying than their peers, but that both groups saw an increase in depression after bullying. At the cellular level, CHR subjects exhibited lower overall volumes of orbitofrontal cortex (OFC) gray matter—a region of the brain commonly linked to how we respond to rewards or express emotions. Low levels of this gray matter are associated with adverse environmental factors, suggesting bullying could qualify as one of those factors. Although young people at high risk start with lower levels of OFC and experience more bullying, exacerbating the effect, these findings extended to the healthy adolescents as well. The results suggest that researchers should consider bullying when developing interventions aimed at preventing neurological damage harmful to mental health. 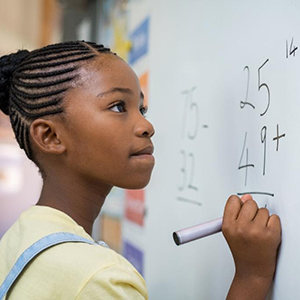 School choice programs, which use public funds to give students private school options for their education, are on the rise across the nation. But what does this mean for students attending  district public schools? In a working paper, IPR economist David Figlio and his co-authors looked at how expanding private-school voucher programming in Florida impacted the students remaining in public schools. Using school and birth records provided by the Florida Departments of Education and Health, Figlio and his co-authors studied data from roughly 1.2 million students in grades 3–8 from 2002–17, a period during which voucher participation increased nearly seven-fold. While most studies on school choice focus on academic performance alone, Figlio and his co-authors looked at both academic and behavioral changes through math and reading scores, attendance, and suspensions. They found that as the number of students using vouchers grew, test scores for students in public schools started to rise, and beginning in 2006 absence and suspension rates began to decline. These changes were modest: a 10% increase in the number of students using vouchers was estimated to increase test scores by 0.3 to 0.7% of a standard deviation, and reduce behavioral problems by 0.6 to 0.8%. These effects were most pronounced for low-income students, according to the study. Figlio and his co-authors suggested these changes were most likely the result of competitive pressures placed on public schools by the voucher-supported private schools, although they noted that decreased class size and increased resources or attention from teachers might also be factors.

As psychologists continue to examine how young people form their identities, special attention is being paid to the socioeconomic and racial dimensions. In Advances in Child Development and Behavior, IPR social psychologist Mesmin Destin, Loyola University’s Michelle Rheinschmidt-Same, and Yale’s Jennifer Richeson, an IPR faculty adjunct, look at how feelings of uncertainty about socioeconomic status, or SES, (also known as status uncertainty) can affect college undergraduates’ educational experiences and outcomes. Surveying 133 sophomore and junior college students over two years, Destin and his co-authors found that students from lower-income families felt greater status uncertainty than their higher-income peers. That uncertainty was linked to weaker beliefs about their own abilities to succeed, as well as marginally lower grades. As an experiment, the researchers posed questions to momentarily either ease or exacerbate students’ feelings of uncertainty about their SES. They showed that participants who were led to feel less uncertainty about their SES became more motivated to engage in important but psychologically threatening academic behaviors, like attending faculty office hours. The complex factors that determine how well students understand and define their place in society influence their academic experiences and outcomes. This occurs through the levels of assuredness and uncertainty that shape how they interact with peers, potential mentors, and institutions. Additionally, the authors point to additional investigations of the intersection between racial-ethnic identity and SES.

How Black Lives Matter Relates to Earlier Movements for Racial Equality in the U.S. 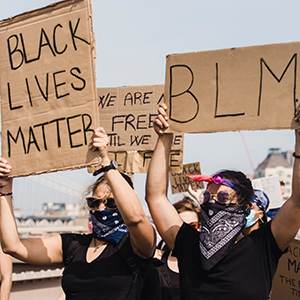 How does the Black Lives Matter (BLM) movement relate to earlier movements for social and racial equality in the United States? In a study published in Politics, Groups, and Identities, IPR political scientist Chloe Thurston examines how the National Association for the Advancement of Colored People (NAACP) revealed racial inequality in the housing market. She explored activism efforts such as exposure of racial segregation in African American newspaper, The Chicago Defender, followed by letter writing by the NAACP to the Federal Housing Authority. Through these efforts, the NAACP made the government’s role in institutional racism visible. In the same way, Thurston argues, the BLM activists have drawn from the NAACP’s strategy to contest police violence against Black Americans by highlighting videos from bystanders or dash-cam videos from police to expose police brutality. She also points to other works that have drawn attention to racial inequality in the U.S. criminal justice system and ways in which the government prevented Black Americans from building wealth, such as the documentary 13th by Ava Duvernay, The New Jim Crow by Michelle Alexander, and Ta-Nehisi Coates’ Atlantic article “A Case for Reparations.” In this light, BLM’s efforts to expose police brutality may draw from new technologies and strategies, but is rooted in a longer tradition whereby civil rights actors have publicized the role of the government in shaping racial inequality. Thurston writes that “understanding how groups have competed throughout history to render the state visible or to keep its role hidden is central to understanding how marginalized groups have contributed to American political development.”

The Special Supplemental Nutrition Program for Women, Infants, and Children (WIC) became a permanent federal program in 1975, and eight million people received WIC in 2015. A large body of research has demonstrated the program’s positive effects on birth outcomes such as weight and size for gestational age. Additional research has shown a connection between health at birth and the child’s future outcomes. Does WIC affect later outcomes for babies whose mothers participated in WIC when pregnant? Economist and IPR associate Anna Chorniy, with Janet Currie of Princeton University and Lyudmyla Sonchak of Susquehanna University, explore this question in the American Journal of Health Economics. Using South Carolina birth, Medicaid, and school records for all children born between 2004 and 2009, they confirm the prenatal health benefits to babies born to mothers on WIC after comparing them to their siblings who were not. Not only were these babies larger at birth, but they had fewer chronic medical conditions even at 6–11 years of age. They were 5% less likely to be diagnosed with ADHD, 5.1% less likely to be diagnosed with common childhood mental health conditions, and nearly 8% less likely to repeat a grade than their siblings who did not experience prenatal WIC. The study demonstrates that a “WIC start” results in long-lasting improvements in children’s lives. 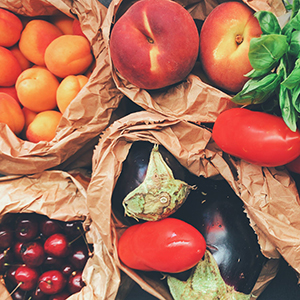 Many believe that food deserts, or areas with limited access to healthy food, cause lower-income individuals to eat less healthy food than those with a higher income. In the Quarterly Journal of Economics, IPR economist Molly Schnell and her colleagues examined whether food deserts are the driving force behind nutritional inequality—and if adding new supermarkets near low-income households would decrease it. Using the Nielsen Homescan Panel for 2004–16 to measure household grocery purchases, the researchers established that low-income households purchased food that is less healthy than higher-income ones. They then looked at how the opening of 6,721 U.S. supermarkets between 2004 and 2016 affected purchases. The researchers discovered that opening supermarkets in food deserts closes less than 1.5% of the gap in nutritional consumption between high and low-income households. Since the majority of low-income Americans living in food deserts already traveled outside of their neighborhood to shop at supermarkets, adding a new supermarket did not change what they bought as much as where they shopped. Additional analyses demonstrate that offering low-income shoppers the same products at the same prices as high-income shoppers would only reduce nutritional inequality by about 10%. The remaining 90% is driven by differences in demand. Schnell and her colleagues suggest that because demand, not supply, drives nutritional inequality, income-based aid for healthy groceries would be more effective at increasing low-income households’ healthy eating, though such aid should be studied further.