When children from the richest 20% and poorest 20% of families attended the same schools, their test results were similar, on average. 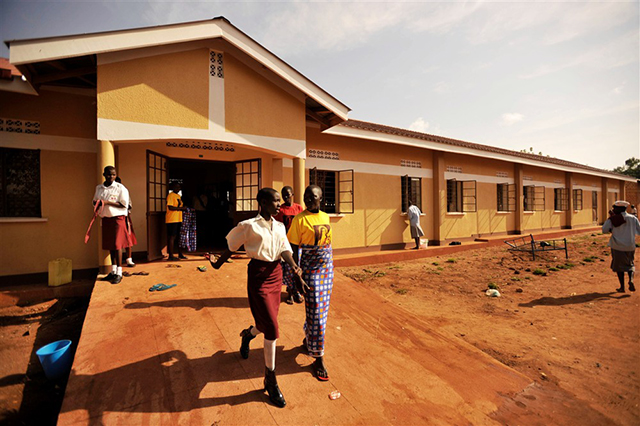 Experts have begun to refer to a “learning crisis” in the developing world, where many of the poorest nations’ poorest children leave the school system without basic literacy or math skills. In a new study published in Sociology of Education, IPR sociologist Julia Behrman finds that global inequality is reproduced within each country, where the differences in outcomes between students in richer and poorer schools are vast.

Analyzing schools across 10 African countries, Behrman and the University of Cambridge’s Rob Gruijters found that family background influences learning outcomes mainly by determining the quality of the schools children attend. Poorer children overwhelmingly attend poorer schools, as measured by teachers’ own education levels, the availability of resources like textbooks and running water, and classroom size.

The researchers used 2014 data from the Programme for the Analysis of Education Systems (PASEC), sampling more than 30,000 sixth graders in roughly 1,800 schools in Benin, Burkina Faso, Burundi, Cameroon, Chad, Congo, the Ivory Coast, Niger, Senegal, and Togo. The students completed a standard reading and math assessment, and provided basic information about their backgrounds. Teachers and schoolmasters also completed detailed questionnaires about their education levels and school conditions.

While they found substantial differences in outcomes both within and between each country, the average academic performance in 7 out of the 10 countries sampled was beneath the most basic proficiency levels. Despite finding a correlation between family background and school quality, Behrman and Gruijters did not find a significant difference in outcomes for children of different socioeconomic status who attended the same school. This suggests that inequality in school resources is the driving factor for lack of achievement.

When children from the richest 20% and poorest 20% of families attended the same schools, their test results were similar, on average.

“The problem is that most of them are not attending the same schools, and that’s why we are seeing these learning gaps,” Behrman said. “Wealthier children learn more largely because they are going to better schools, with better resources.”

In their article, the researchers use Burundi as a key example of their findings: Despite being the poorest country surveyed, it had the highest overall mathematics scores and is the country with the lowest degree of overall inequality. Additionally, the country spends on education at higher levels compared to its neighbors, and its children are taught in the early years of their school careers in their local languages, instead of French.

Crucially, the researchers note that because the difference in learning outcomes can be attributed to schools, and not biological or social factors, there may be room for policy intervention. They suggest distributing resources more equitably across schools, as well as national initiatives to “raise the floor” to ensure the baseline education outcome in each country meets proficiency standards.

Behrman and Gruijters take care to note that although researchers’ understanding of inequality in the Global South is growing, the estimates in this study are most likely conservative, given they lack survey information about students who may have left the school system entirely. That group is disproportionately comprised of students of low-socioeconomic status.

Julia Behrman is Assistant Professor of Sociology and an IPR Fellow.