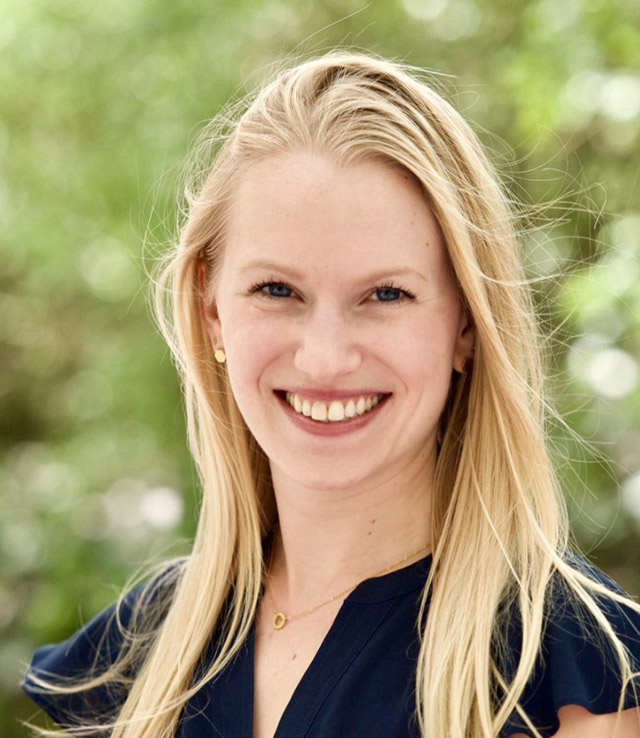 Many students studying economics decide to pursue careers in finance, but IPR economist Molly Schnell was drawn to it for a different reason.

“One thing that I really liked about economics is that it's very policy relevant,” Schnell said. “Rather than focusing on just interest rates or GDP, economics is a toolbox that can be used to answer a range of questions that can be very impactful for people's lives.”

Working in a South Side school through a University of Chicago neighborhood program as an undergraduate gave her a chance to observe how policy decisions had underfunded schools, which diminished the quality of their classrooms.

It was formative in terms of seeing “policy in action.” Even though she did not study education, Schnell explained that it was eye-opening to witness the difference in these students’ experiences compared to her own, and the degree to which spending choices could influence academic trajectories.

Later, she found her niche focusing on healthcare where opportunities for shaping policy abound.

“It’s hard to find a corner of the healthcare system that economics doesn’t have something to say about,” Schnell said.

Closing the Gap Between Public and Private Insurance

Evidence shows that office-based physicians are about one-third less likely to accept new patients covered by Medicaid than those with private insurance. Schnell is examining if the amount physicians are paid influences who they are willing to see.

In 2014, the federal government required states to raise Medicaid payments to match federal regulated Medicare levels under the Affordable Care Act for two years. Medicaid is the government’s health insurance program for low-income Americans, and Medicare is the one for those over 65. The increase in payments narrowed much of the gap in payments to doctors between those with Medicaid and the privately insured. In a working paper, Schnell and economist Diane Alexander of the Federal Reserve Bank of Chicago find that the higher Medicaid payments led to more office visits, better self-reported health overall, and reductions in school absences for children.

According to their estimates, closing the gap in payments between Medicaid and private insurers would reduce disparities in access to care for adults by more than two-thirds and eliminate disparities for children. Schnell said that these findings show that financial incentives for providers really matter, and policymakers need to take this into account when designing healthcare systems.  And even if doctors go into the medical field out of a genuine desire to help patients, they are not immune to financial motivations.

“You can give somebody insurance, but if it's insurance that physicians don’t want to accept, then in the extreme it's just like having no insurance,” Schnell argued.

Between 2000 and 2014, opioid overdoses in the U.S. rose 200%. Schnell’s research looks at the relationship between physicians and the opioid crisis.

One study, co-authored with Janet Currie at Princeton University, shows that physicians who attended lower-ranked medical schools prescribe nearly three times as many opioids per year compared to those who attended higher-ranked schools. Their work suggests that differences in medical training cause certain doctors to prescribe fewer opioids.

Schnell points out that these finding are “very positive from a policy perspective, because that's something that we can actually change.” She says more research is necessary to pinpoint what is different about the training at these medical schools.

Another of her working papers reveals that doctors understand that some of the opioids they prescribe to patients will end up on an illegal “secondary market,” causing them to reduce the amount they prescribe. This means that policies that target the secondary market — like increased punishment for drug offenses — could actually lead prescription rates to go even higher. She highlights the trade-off between reducing the incentives to prescribe and controlling who ultimately consumes those medications.

“To address the crisis, it’s going to take a multifaceted approach,” Schnell said.

Research suggests that one possible policy to prevent overprescribing are prescription drug monitoring programs that require doctors to check a database to see if patients abuse prescription drugs. Expanding access to drug rehabilitation treatment is another. But according to Schnell, changing the way doctors prescribe is critical to end the opioid crisis.

“At the end of the day, it’s not a pharmaceutical company who’s writing a prescription, it’s still doctors,” she said.

In 2018, Schnell, IPR economist Hannes Schwandt, and colleagues at Stanford University started looking into the impact of school shootings on mental health. Their work followed the Parkland, Florida shooting, when student activists were bringing national attention to lasting effects of gun violence at American schools.

A recent working paper by Schnell, Schwandt, Maya Rossin-Slater, Sam Trejo, and Lindsey Uniat on the topic generated national media. Using prescription data from 2006–2015 and the Washington Post’s database of school shootings, they discovered that local exposure to a school shooting increased antidepressant use for those under the age of 20 by over 20% in the two years after the shooting.

“Public attention often focuses on the victims who were killed, ignoring the students on school grounds or in the local community who were exposed to the event,” Schnell said. “This is something that has the potential to affect their entire lives moving forward.”

Schnell urges researchers and policymakers to take a wider lens when considering the ramifications of school shootings, keeping in mind survivors. She is currently researching how experiencing a school shooting can also influence high school students’ educational and job outcomes.

She argues that more work needs to be done to understand if policies could “help mitigate the negative impacts for victims who survive.”

Molly Schnell is an assistant professor of economics and an IPR fellow.